Nik Levensteins turned woes into oohs. The Souris Valley Sabre Dogs infielder from the University of North Georgia entered the seventh game of the Expedition League season in a mini-slump, batting .083 (1-for-12). With two lethal swings, Levensteins turned his misfortunes around in a hurry. ...

As the Souris Valley Sabre Dogs kicked off their truncated 2020 baseball season, head coach Corey Thompson stressed two important facets of the game: pitching and speed. Those aspects are certainly critical, but an early-season road series against the Badlands Big Sticks also illuminated the ...

BISMARCK — The Bismarck Governors jumped on the Minot Vistas in the early stages of Thursday night’s nine-inning game at Haaland Field. After the Governors scored three runs in the second inning, the home team never relinquished the lead. The Vistas finished with just four hits in the ...

VELVA — As the Velva 39ers came back against the Garrison/Max Titans, Velva catcher Ricky Gonzales delivered the goods in the clutch. Gonzales made an emphatic statement with a deep two-run double to right field in the bottom of the fifth inning. The go-ahead hit pushed the score to 7-6 in ... 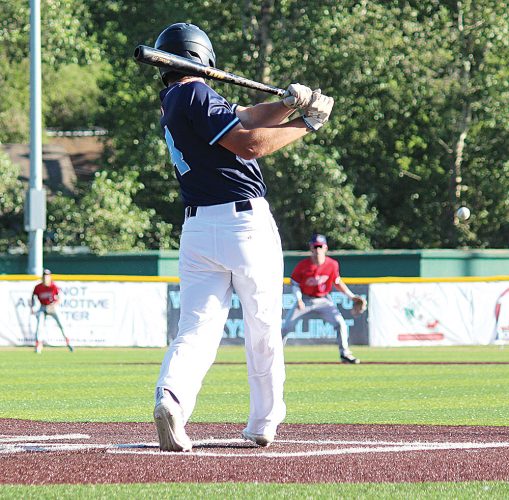 Leaving the bases loaded in the bottom of the ninth provided to be costly Wednesday evening for the Souris Valley Sabre Dogs. Despite an admirable three-run 10th inning rally to force another frame, the Sabre Dogs (2-3) fell 7-6 in 11 innings to the Badlands Big Sticks (3-2) for their first ... 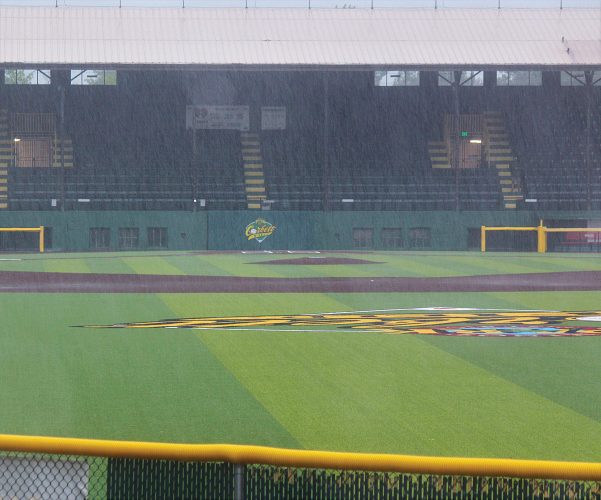 Heading into the fifth game of the Expedition League season, there wasn't any separation between the two frontrunners of the Lewis Division standings. The Souris Valley Sabre Dogs and the Badlands Big Sticks split their first four meetings against each other at two wins apiece. A downpouring ... 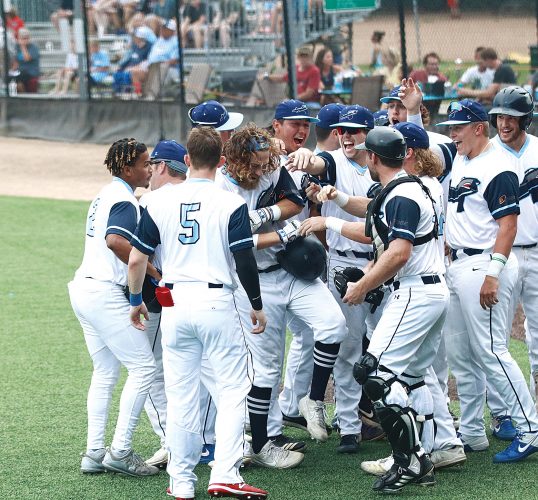 A palpable buzz of excitement reverberated through Corbett Field during the Souris Valley Sabre Dogs’ home opener, but the crowd truly came alive after one ferocious swing of Josh Solomon’s bat. Solomon ripped a long two-run home run in the bottom of the third inning against the Badlands ... 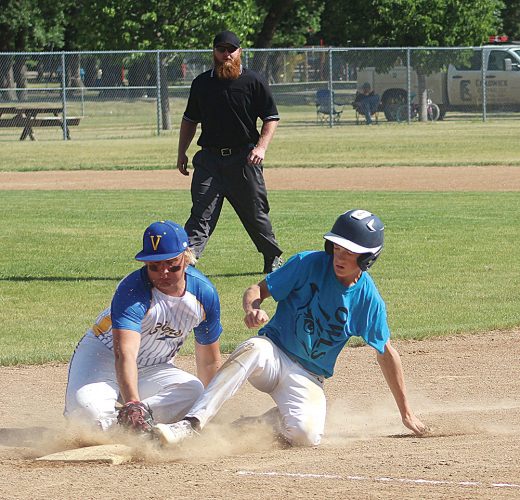 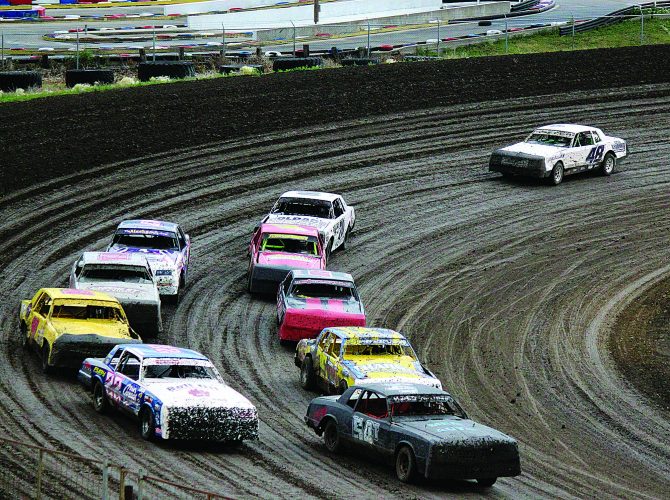 Action speaks louder than words. With all eyes glued on Nick Hulberg, the Nodak Speedway announcer took the green flag in Brock Beeter's No. 48 IMCA Hobby Stock. Hulberg talked his way into this position after Beeter offered up his car in victory lane last week to anybody that thought they ...

DICKINSON — A long-ball first inning and a 7-3 lead weren't enough for the Souris Valley Sabre Dogs (1-2) to grab a road win Sunday night in Dickinson against the Badlands Big Sticks (2-1). The Big Sticks scored eight unanswered runs for a 12-7 victory. The Sabre Dogs started the ... 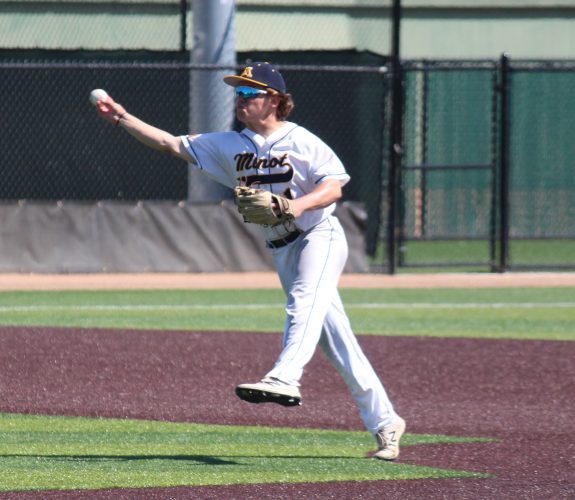 The rain kept coming, and it wouldn't stop coming. After waiting roughly two hours, the decision came at 8:40 p.m. Saturday to cancel the Minot Vistas last pool-play game against East Grand Forks due to the ongoing thunderstorm passing through Corbett Field. The cancellation ended the Vistas' ... 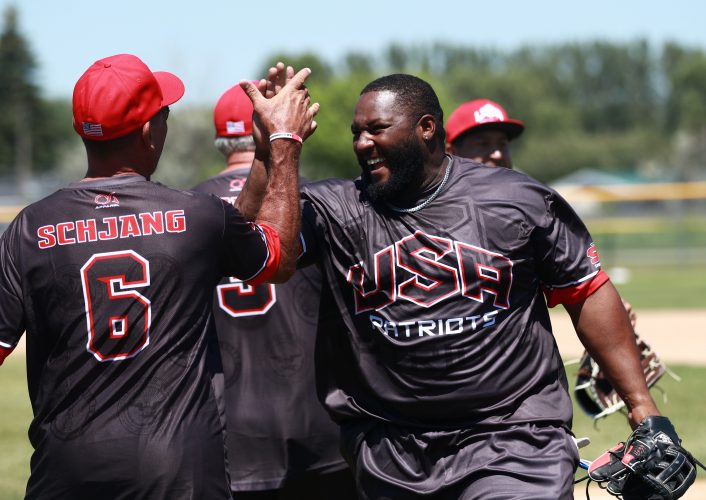 As the USA Patriots strolled into Minot's Jack Hoeven Park, gleeful children took the field and learned a few tips from their elders. The Patriots, a softball team comprised of athletic and veteran amputees, travel the country to participate in competitive and exhibition softball games. Early ...

DICKINSON — A night after losing on a bases-loaded walk, the Souris Valley Sabre Dogs (1-1) bounced back in their second game of the season against the Badlands Big Sticks (1-1). The Sabre Dogs earned a 7-5 victory in a game filled with twists and turns. Souris Valley held a 2-1 lead after ... 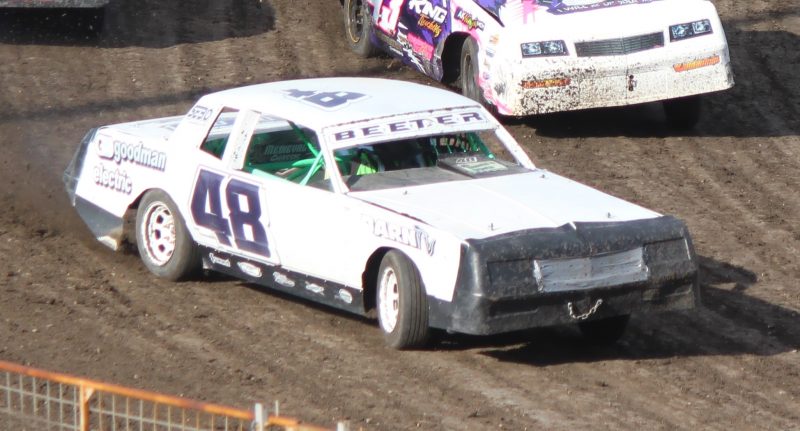 Man of his word

Despite having no racing experience, local announcer Nick Hulberg has talked his way into driving Brock Beeter's IMCA Hobby Stock race car this Sunday at Nodak Speedway. Here is how Hulberg managed to get himself in this extraordinary situation. Brandon Beeter, the Nodak Speedway president ... 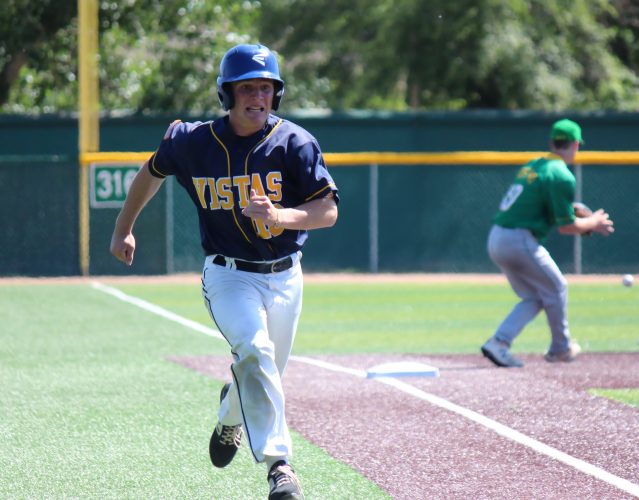 The sixth inning alone would have made for an entertaining 9-6 ballgame. Instead, that was merely one segment of what turned out to be a long, drawn-out marathon Friday afternoon between the Minot Vistas and the Mandan Chiefs. The second game of the fourth annual Heilman's Performance ...

DICKINSON — A prolonged wait for baseball’s return led to a dramatic contest between the Souris Valley Sabre Dogs (0-1) and the Badlands Big Sticks (1-0). Runs came at a premium during the teams’ season opener, but the Big Sticks earned the 3-2 win after a bases-loaded walk in the ninth ...