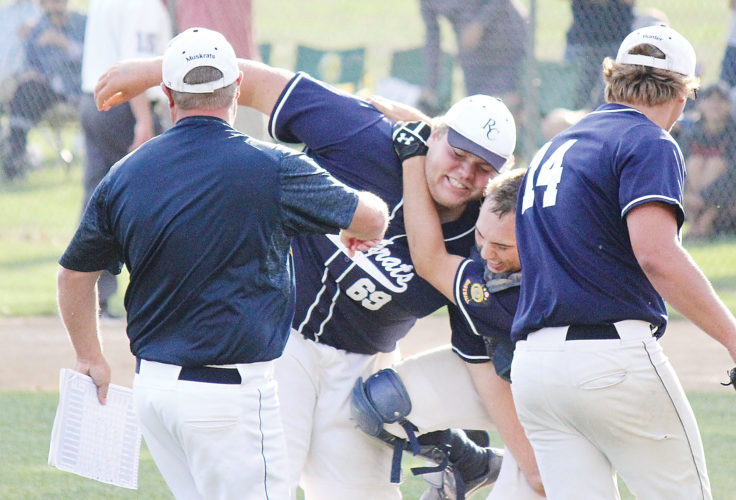 BURLINGTON — Twenty-four hours after losing a 8-7 heartbreaker to Burlington, the Renville County Muskrats picked themselves up and didn’t let their chance at making the American Legion Class B State Tournament slip away. A complete game shutout Sunday evening by Talon Thompson carried ... 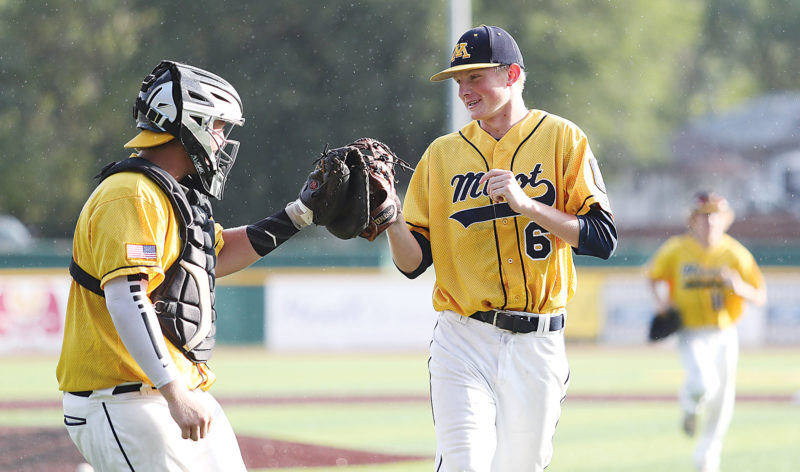 Alex Schimke picked up right where Carson Tonini left off and the Minot Vistas are three wins away from their first Class AA State Tournament championship since 2010. Behind 6 1/3 scoreless innings from starting pitcher Schimke, the No. 5-seeded Vistas took down No. 8-seeded Dickinson, 5-0, ...

The Souris Valley Sabre Dogs opened a two-game series with the Spearfish Sasquatch with a 1-0 loss on Sunday. Spearfish broke a scoreless tie in the third inning, when Tom Imholte hit into a bases loaded double play to score AJ Davis. The Sabre Dogs offense tallied just two hits all evening ... 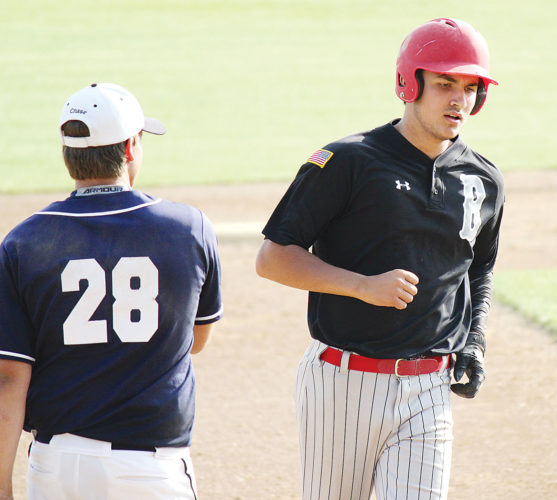 Fight of the Bulldogs

BURLINGTON — Trailing 5-3 in the sixth inning on Saturday, Burlington head coach Matt Koronka thought he was witnessing his younger brother’s final Class B American Legion at-bat. Well, John Koronka had other ideas. In a favorable hitter’s count, John got his barrel on the ball and ... 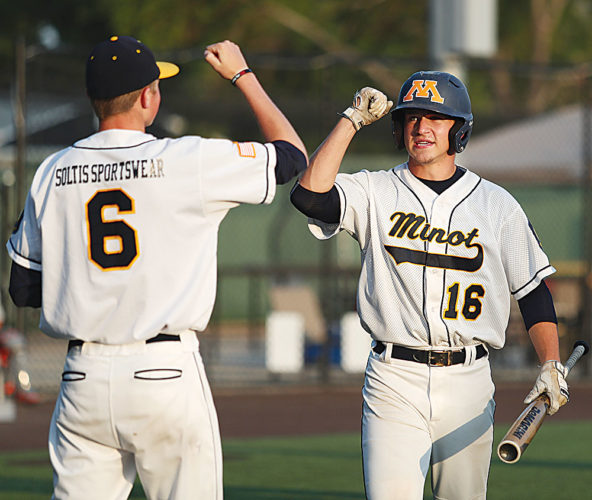 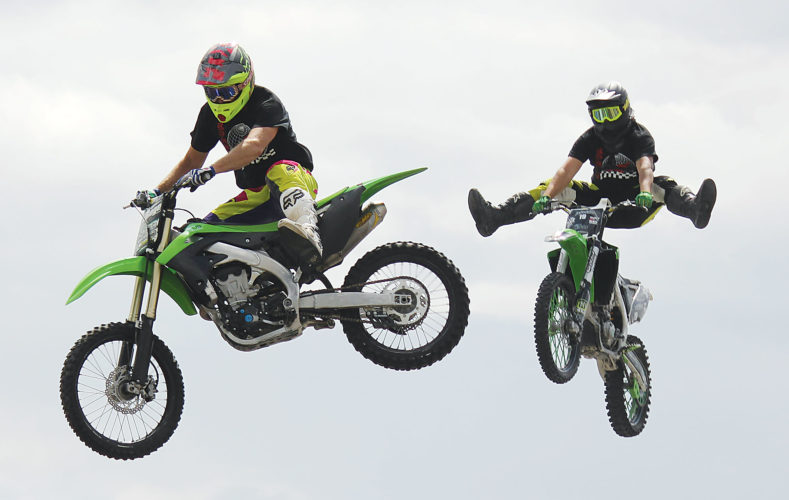 Shows of skill and strength 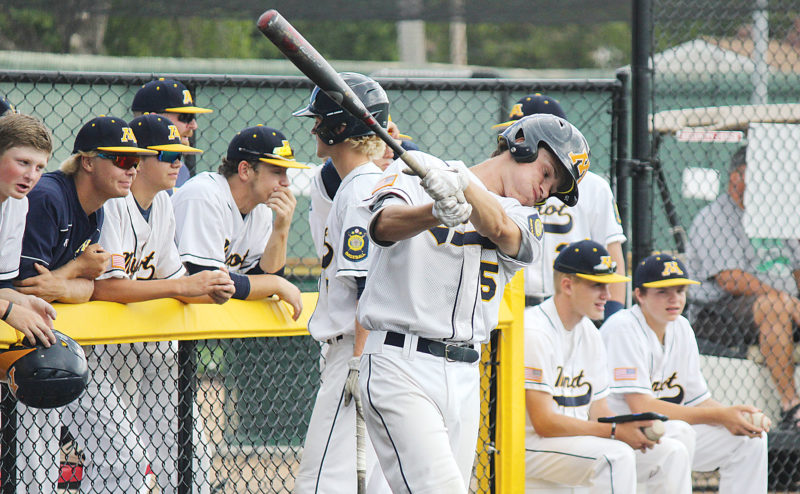 Its been a decade since the Class AA American Legion State Tournament has been held in the Magic City. As such, the Minot Vistas are grateful to be the hosts once again, as get to show off the newly turfed Corbett Field this weekend and into next week. “This is fun,” Vistas outfielder ... 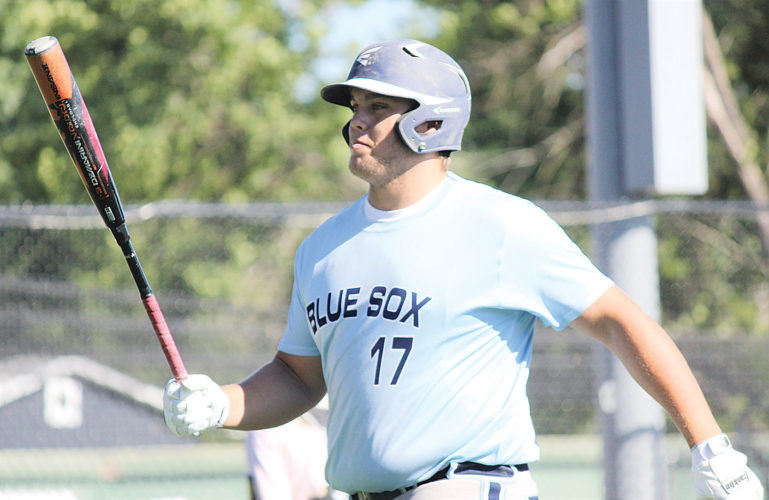 WATFORD CITY — From being the overlooked No. 5 seed to win the American Legion Class A Northwest Region championship, the Surrey Blue Sox certainly picked the right time to play their best baseball of the season. Surrey won its 13th regional title in program history, and first since 2002, ... 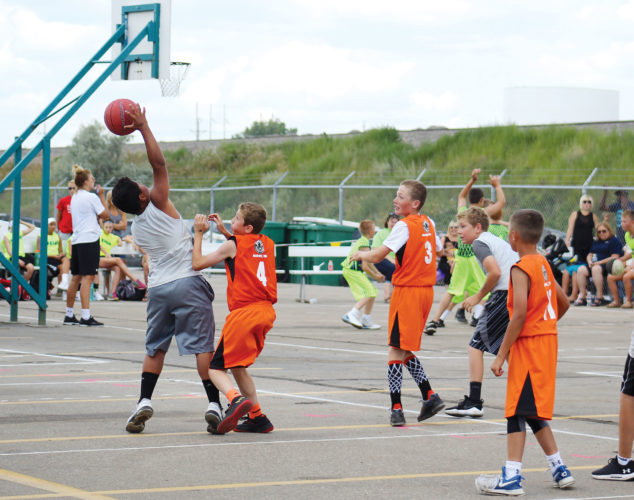 Hooping at the State Fair 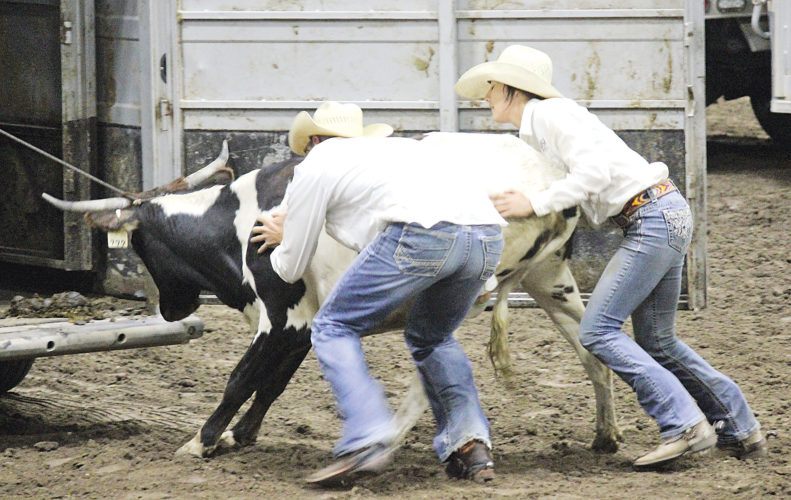 Ranching against the clock

Consistency, plus having a little bit of margin of error to work with, helped the Counterfeit Cowboys from Sherwood hold off Towner’s Dokken Construction/B&J Excavating Thursday evening in the second and final night of Ranch Rodeo at the North Dakota State Fair. The Counterfeit Cowboys ...

Why not? Many golfers I know travel many miles for new golf experiences. Golfers are great bunch of folks and they love new challenges and new courses. Numerous times throughout the summer we will have golfers from other states and North Dakota cities stop and play while they are on a golf ... 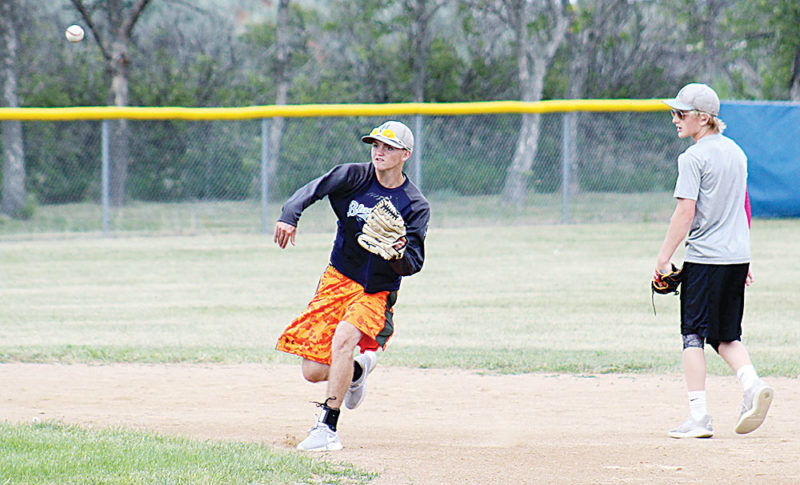 SURREY — For the second year in a row, the Surrey Blue Sox are headed to the Babe Ruth Class B State Tournament. They are representing District 1. Their first game is today against Lamoure of District 6 in Steele. “For the most part, we’ve had a pretty decent season,” Blue Sox head ...

BURNSVILLE, Minn. – Minot State has been selected to finish sixth in the North Division in the Northern Sun Intercollegiate Conference preseason football poll as selected by the league head coaches and announced by the conference office on Thursday. The Beavers, who finished last season ...

EAGAN, Minn. (AP) — The quarterback merry-go-round in Minnesota has lost a lot of qualified riders over the past decade and more, and the Vikings made an unprecedented commitment this year to Kirk Cousins to make it stop. Cousins, too, has experienced his share of unsettled situations over ... 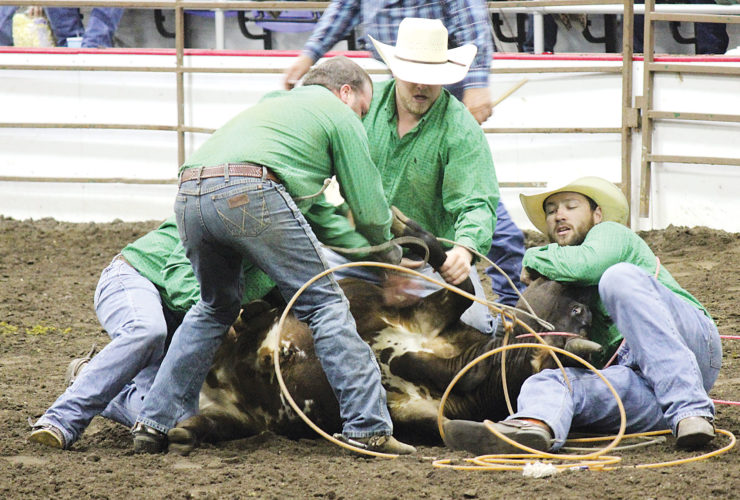 The Ranch Hands were made for the Ranch Rodeo. The four-man team from Palermo placed in the Top 3 of all five events to win the first night of the Ranch Rodeo on Wednesday at the North Dakota State Fair. The cowboys of Wade Skaar, Jeff Ruud, Garrett Hoelscher and Shane Pappa dominated ...

FARGO — The North Dakota State University men’s track & field team has signed Jacob Rodin of Kenmare to a National Letter of Intent, head coach Don Larson announced today. Rodin, of Kenmare High School, was the North Dakota Class B state champion in the 400-meter dash as a senior this ... 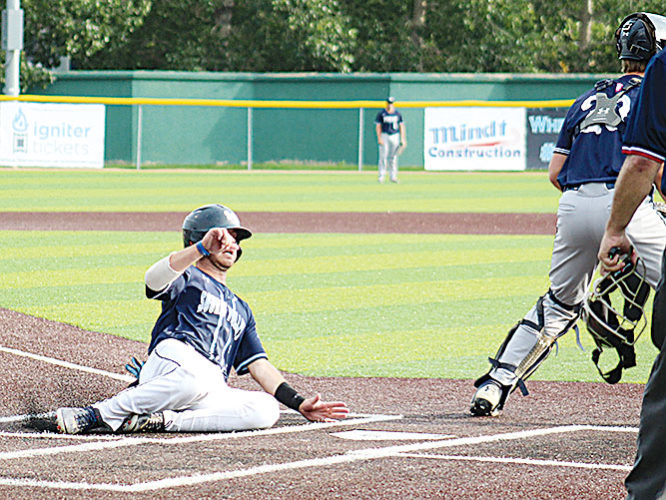 The Souris Valley Sabre Dogs scored first, but ended up dropping Game 2, 13-2, against the Pierre Trappers to split the two-game series. EJ Ranel’s sacrifice fly in the bottom of the first inning gave Souris Valley an early lead, but Pierre answered with nine runs in the top of the second ... 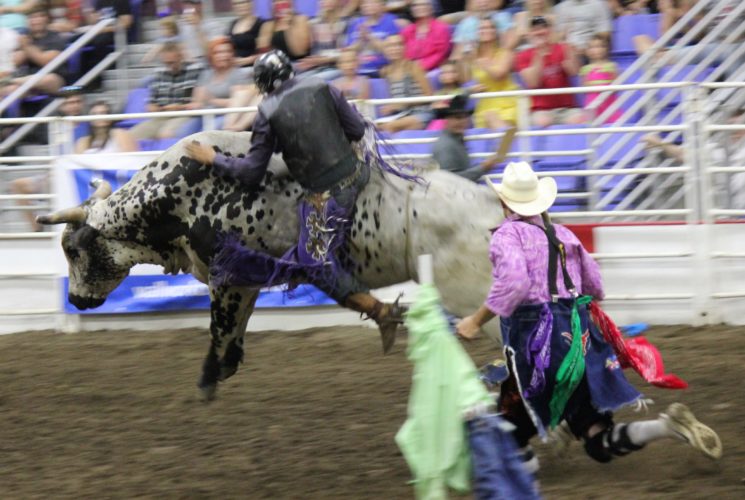 Music blaring and the crowd cheering, then a chute popped open unexpectedly. Keenan Kvamme’s second round bull had escaped and left the Carrington native behind. “The latch broke and he got out,” Kvamme said. “So, they ran a re-ride for me and I knew the re-ride bull — I’ve seen ... 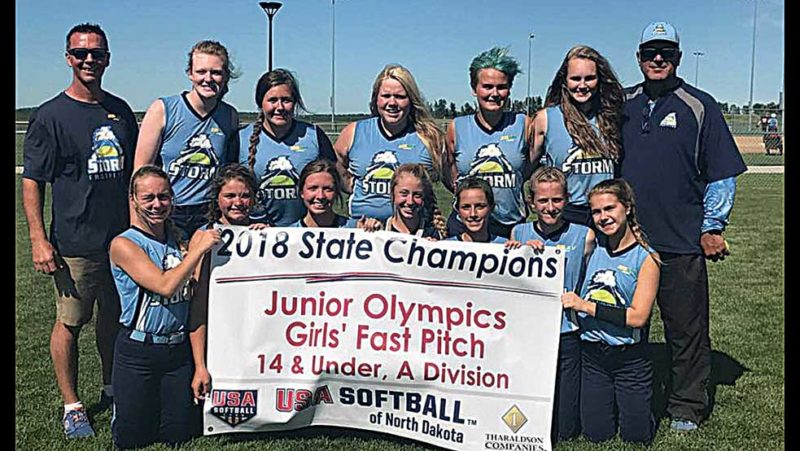 After a short summer season, the Minot Storm fastpitch program made their way to the Junior Olympics North Dakota State Fastpitch Tournament in Fargo from July 13-15. 76 teams from around the state travelled to participate in the tournament. The Storm program took eight teams with two teams ... 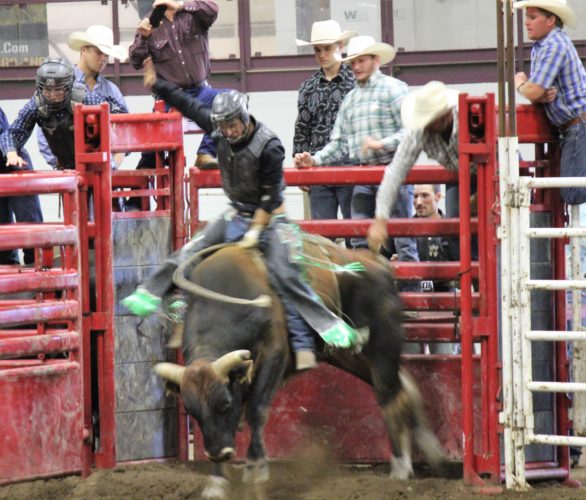 Hanging on for the ride

Eight seconds felt like an eternity for the cowboys looking to tame the Mosbrucker bucking bulls Monday evening at the North Dakota State Fair. When the dirt and dust settled, Payton Fitzpatrick from Polson, Montana, took home the NPRA Championship Bull Riding event victory in front of an ...