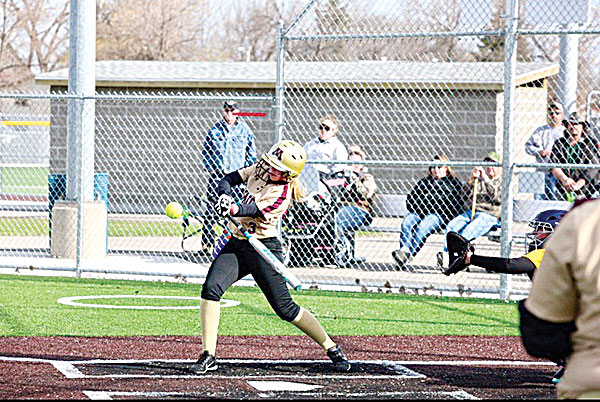 Many people may go through life questioning how they’d be able to survive without a limb, but for Minot High School’s Jenna Sufka it’s always just another day.

Sufka, who just completed her junior year, was born without a left hand but never let that stop her from chasing every opportunity possible.

“I was born like that, so it’s kind of like never really been different for me,” Sufka explained. “I think of myself as lucky because I didn’t have to change myself because I’ve always been like this.”

Even though she views herself as normal, Sufka has been underestimated before. Whether in school or on the softball field, Sufka feels an extra sense of determination in proving people wrong.

“I guess I get underestimated all the time so it just makes me a stronger person and I just haven’t given up,” Sufka said. 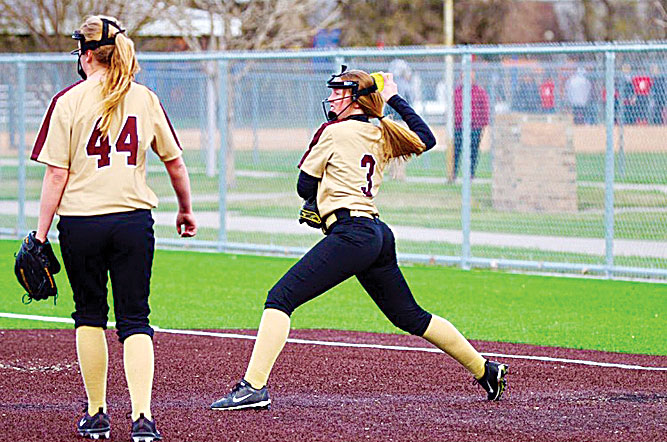 Submitted Photo Minot High School's Jenna Sufka draws her arm back for a throw in the infield during a high school softball game.

When Sufka first got into sports, she was curious why her parents hadn’t brought it to her sooner. She saw her brother playing T-ball and her father had played baseball in school and had coached.

“I was (questioning) why I wasn’t in softball, but I did play soccer so I saw that as maybe my parents didn’t think I could do it,” Sufka said. “I was about proving people wrong and I thought I would try softball and boy it was hard.”

Sports to Sufka has become a way to step back from the everyday and breathe. She started running cross country and playing softball in seventh grade.

One of the challenges was being coached by people who weren’t like her.

“My coaches, they don’t necessarily know how to coach me, and I honestly don’t know how to do things either all the time,” Sufka explained. “It’s not their fault, but I just wanted to find someone that was like me.”

That’s when Sufka and her family found the NubAbility Camp in Illinois.

Sufka has attended the four-day camp for the past three summers to work with kids and coaches with missing limbs.

“It teaches me not just about sports, but about life skills too,” Sufka said. “It just gets me connected. Some of these people are (Division I) college athletes and it’s kind of cool.”

Going into the camp for the first time, Sufka had questions and was able to find the answers from people who were like her and received first-hand experience on how she could be technically bettering her game.

“I bring it home and kind of teach my coaches a little bit,” Sufka said. “It’s cool to see my perspective.”

From learning how to transfer her glove to being able to hold and swing the bat with force, it took time for Sufka to find her groove in the sport and the NubAbility camps made it that much easier for her to learn.

Through the camp, Sufka met a girl the same age as her that plays basketball and golf and they are able to share their experiences living in places and being on teams where they are viewed as different but are able to play the game like everyone else.

As for the Majettes, the team makes Sufka feel right at home without batting an eye.

“Everyone treats me the same and we all just work together,” Sufka said.

For her junior season, Sufka didn’t make it onto the team she wanted to and was playing on the junior varsity team. Not because of her missing limb, but because of injuries that had held her back while her teammates were pushing ahead.

“I had dislocated my knee the year before so I didn’t play the whole season before,” Sufka said. “That made me stronger too, but I also skipped a year so I fell behind.”

Sufka knows what needs to be done in order to make it to that next level of play. In her junior year, she started weight training as a way to strengthen both arms and herself overall to become the athlete she strives to be. But, admittedly, she’s also a little scared to go to that next level.

“If someone were to miss the ball, like not catch it, then they just missed it,” Sufka said. “But if I were to miss it, a lot of people would say, ‘Oh, it’s because she has one hand.'”

Whenever Sufka feels like people may blame the missing limb, she forces the thoughts out of her mind because she knows it was an honest mistake or miss just like any other player would have. What she knows within herself is the most important part of her game and her life.

“Don’t give up and keep going,” Sufka says to anyone in her shoes. “Prove them wrong. It takes hard work. But, if you want to truly do it, you’re going to work hard for it.”