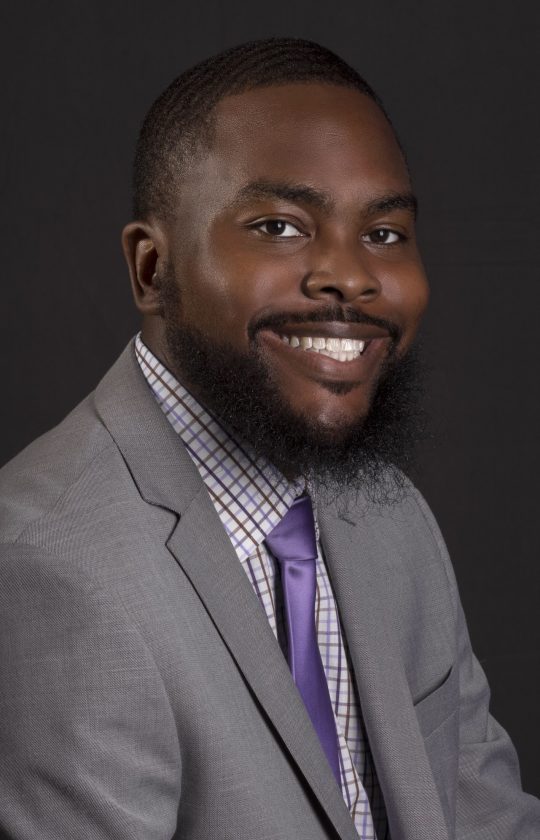 When I received my notice of employment at The Minot Daily News, I was overjoyed. I was officially starting my career as a journalist.

My dreams were coming to fruition. With everything I owned in tow, I embarked on a new and prosperous career in a distant land with no idea of what lied ahead.

I was given two weeks to arrive from Detroit, with the start date of Monday, Dec. 2. I spent Thanksgiving packing my SUV while listening to the Detroit Lions in the background.

My mother and I hit the road at 10 a.m. Friday morning after Thanksgiving, GPS and a map in hand as we embarked on an 18-hour drive.

About two hours into our journey, I received a call from the MDN managing editor, Kent Olson, informing us of a massive storm heading to Minot.

He suggested we reschedule my start date, but we were already rolling. My mother suggested we keep driving to get ahead of the storm. She turned up Soul Town on Sirius Radio, and we started grooving.

Since it was the holiday weekend, traffic was nowhere in sight. We were making good time on I-94 as we drove through Michigan, Illinois and Wisconsin in under seven hours.

Then, it got dark.

We saw an electric highway sign on the side of the road that read, “Winter advisory warning starting tonight… Midnight Friday-11 p.m. Sunday.”

I looked at my mother.

I was full of adrenaline and excitement; the thought of sleep didn’t cross either of our minds.

After a brief huddle at 3 a.m., we decided to keep going as we were under five hours from the hotel. The wind was shaking the truck as blown snow lifted from the ground, swirling at a rapid pace in what looked to be a black hole up ahead.

“Is that the road or a ditch?” my mom said. “Whatever it is, you better slow up before we find out.”

I turned on my high beams to only see more of the extremely dark road up ahead.

GPS: “Forty-five minutes until you reach your destination.”

“Ma. Do you see those faces on the ground?” I said.

I was driving for so long that the sleep deprivation had kicked in. Or was it? The way the snow laid on the pavement formed a ground blizzard causing shapes to form as the high beams broke through the darkness.

We arrived in a small town, which looked to be a vacant town outside of Minot. I pulled into an empty, but very well lit station for gas as the snow started to pile.

The female attendants informed us about the ebbs and flows of the mountains of snow as it climbs to 15 inches or higher during this time of the season.

“Up to our chest,” one attendant said, while the other attendant motioned to her chest. “I’d suggest you guys skedaddle to beat the storm.”

We left in a hurry and arrived at the hotel on a dreary Saturday morning. The ground resembled an ice skating rink. My SUV was covered with ice, including the antenna.

But we had made it.

I went to the Minot Daily News office to formally introduce myself to my new co-workers and get acquainted with my new work environment. I ran into the managing editor to let him know I had arrived.

With a look of disbelief, he said, “What are you doing here? Did you drive through those conditions? In how many straight hours?”

I was so determined and committed to arriving here, that I wasn’t going to allow a looming snowstorm to slow me down. Thankfully, I made it to Minot safely and without a hitch.

When we arrived, I asked my mom why she wanted us to continue driving.

As a testament to what I believe and stand firm on, “To get through, you must go through,” and I’m ever so grateful and appreciative of the thoughts and prayers helping, guiding and protecting me.

In life, we go through trials and tribulations. Being a native of the Choctaw tribe, a graduate from the University of Michigan with a background in broadcast, I’ve learned how adversity is necessary when building character.

When presented with an impossible task, I will run toward it, especially for all my readers. I will give it my all for Minot.

Brandon Carr joins the Minot Daily News staff as a news reporter and sports assistant. Follow him on Twitter at @Carrpediem21.