Dakota Drifters set to perform at the Minot Public Library 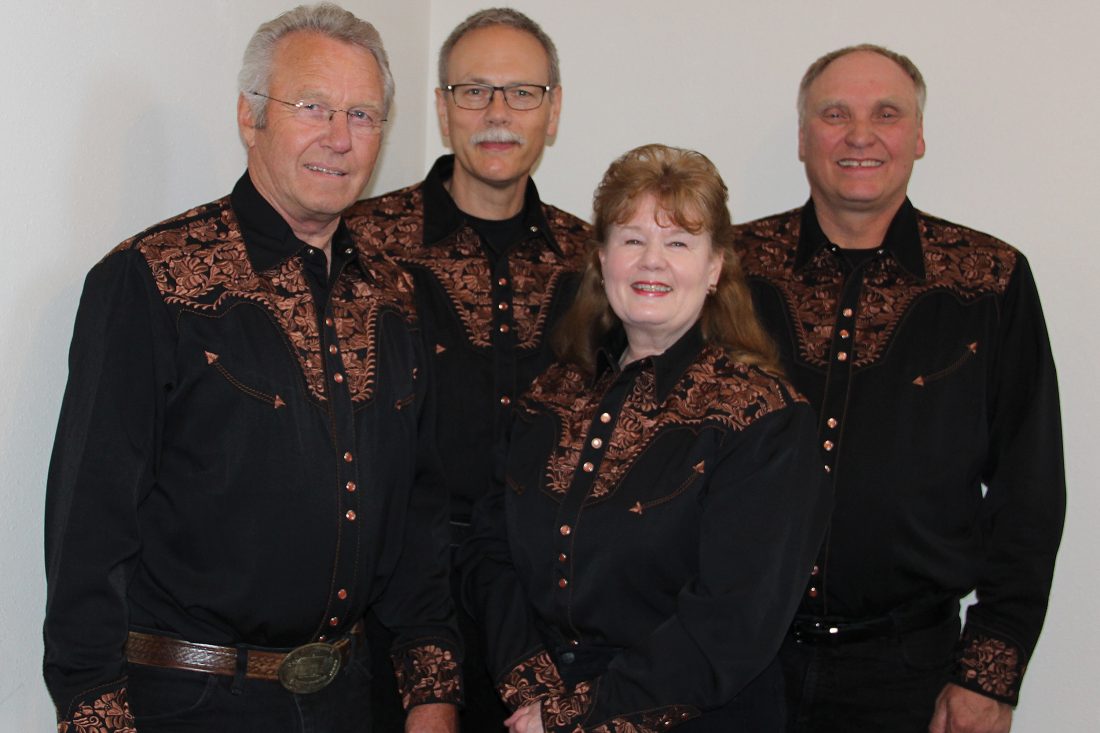 The Dakota Drifters are bringing their old-time country twang and tunes to the Minot Public Library Sunday for the Arts in the Library event at 6 p.m.

The quartet is made up of Dick and Brenda Johnson from the Turtle Mountains, Carl Kannianen from the Stanley area and Toby Nelson of Minot. All four are home grown, self-taught musicians who enjoy country music.

“We really enjoy each other and are friends too,” Dick Johnson said. The group met from being associated with the Frozen Fingers Music Association out of Minot which is dedicated to preserving old-time and bluegrass music.

The Frozen Fingers Music Association gets together and host jam sessions to celebrate and showcase their musical talents.

The Dakota Drifters plays a variety of country, gospel and some rock ‘n’ roll. When it comes to song selection, the group like to stick to songs they enjoy.

“We just pick songs that we like and have a following of people that enjoy the same things,” Dick Johnson said. “It’s an older style of country music. We find (songs) that we really think have a good beat and a good message and we compile the songs we do from that.”

Dick Johnson farms near the International Peace Garden. He has been involved with music since childhood and now plays the guitar and handles most of the vocals for the Drifters. He is known to favor Merle Haggard and Johnny Cash songs and will always spice things up with a few Norwegian jokes.

Nelson is the owner of Prairie Winds Band Instrument Repair in Minot. When he isn’t busy with his staff repairing and maintaining musical instruments, he joins the Drifters on the drums. Nelson taught himself to play as a sophomore in high school and has been keeping the rhythm ever since.

Brenda Johnson, recently retired from the North Dakota Forest Service, keeps the rowdy bunch organized. Along with playing the upright bass for the group, she also stays busy looking for new “old” material for the band.

Kannianen farms in the Stanley area and has played the guitar for many years. He sings harmony on several songs and also does some vocals. The Johnsons approached Kannianen to be a part of the group because of his unique style of picking and fabulous instrumentals.

“We’ve been at it for quite a while and we enjoy it,” Dick Johnson said. “If you can make people feel good and tap their toes, it makes us feel good too.”

To learn more about Arts in the Library, visit the Minot Public Library and Minot Area Council of the Arts on Facebook.