Arts in the Library 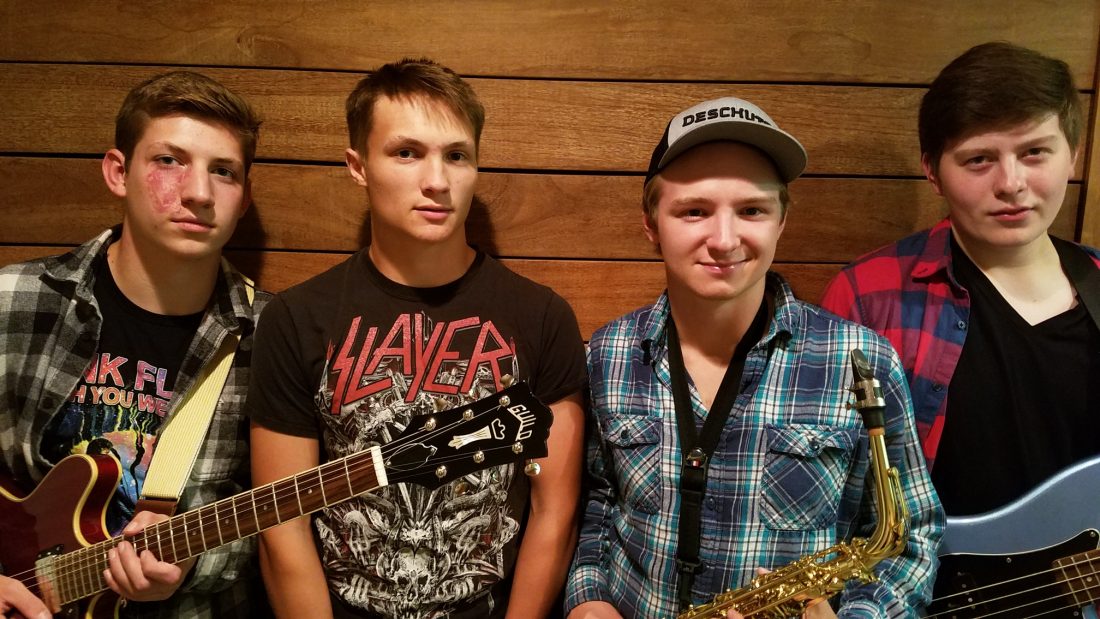 Minot-based band The Brothers will open the new Minot Area Council of the Arts and Minot Public Library concert series Arts in the Library Sunday at the library. The event is free and open to the public and will be taking place the first Sunday of each month through April. Submitted photo

Following the growing success of Minot Area Council of the Arts’ summer concert series Arts in the Park and a want to bring more family-friendly events to the Minot community from the Minot Public Library, the two local organizations have come together to present a new winter event to the community.

“The library has had various concert events in the past and they’ve always been very popular and people want more,”said Janet Anderson, Minot Public Library director. “It’s maybe a little more difficult for us to do it on our own.”

With everything the library already puts on throughout the year, it’s tough to organize musical talent and artists for each month which is where Justin Anderson with MACA is stepping in.

“It was a natural fit just coming off of one concert series (Arts in the Park),” Justin explained. “Just to do it once a month was, well, right in MACA’s wheelhouse.”

With a decline in things to do during the winter months in Minot, Janet and Justin thought this would be a great way to add another free, family-friendly event to the community’s calendar and get people out of their homes to avoid cabin fever.

While the library has been a member of MACA for a while, this is the first official project the two have collaborated on. With the same idea from Arts in the Park, Arts in the Library will be a little different.

“The space will definitely be more constrained,” Janet said. “While we can still fit 100 or more people, it’s not like a big open park. But we’ll definitely have the seating and room available.”

Another challenge came from one of the bands contacted for the series was a little confused by the fact that there would be a concert in the library.

All of the talent at the Arts in the Library events will be local, Minot area artists. The only exception comes with Jessie Veeder, who will take the stage in March from Watford City.

Much of the musical talent that will be featured are bands that frequent the local bar scene. Janet is excited to take the musicians and put them in a family-friendly environment and expand their reach in the community.

“As a library, we collect whatever local music we can on CD for people to check out so maybe it will get their music a little bit more reached too,” she added.

MACA will also be at the event to sell popcorn and light refreshments. While the event is free, they will be taking donations to benefit MACA and the Friends of the Minot Public Library to help continue to put on free events for the community.

“That’s the other great thing about MACA, they’re paying these musicians and artists,” Janet explained. “It may be available for free but it’s not free to put on.”

“He’s going to bring out his computer and have a display screen to kind of see his process in photo editing,” Justin said. “I think that will add an interesting element and something we can’t do in the park.”

Michels’ first camera with a blue Kodak 110 film camera and first entered a dark room in the eighth grade and fell in love with the process.

Throughout college, Michels worked at a camera shop and learned everything he could. After graduating from Minot State University with a degree in photography, he spent time shooting weddings and portraits in his studio, Slightly in Focus, with John Globota.

The first band featured in the brand new Arts in the Library series is The Brothers, a Minot-based rock band.

“I was really excited to get them, I actually heard them play at Pride in the Park,” Janet said. “They were really good. It’s a rock band, they do popular covers and they have good taste in music so we’re excited to have them.”

The Brothers formed in May of 2019 and are excited for the opportunity to play in the library.

“I thought it was a really cool opportunity to present something in a venue we’ve never played in and maybe reach a different audience presenting some music to the Minot community,” band member Erik Anderson said.

The band consists of brothers Erik (saxophone and vocals) and Kellan Anderson (drums, vocals and trombone) along with Tony Mahler (electric bass) and Tyler Hills (guitar).

Erik is a graduate of MSU where he studied saxophone, voice and composition. His younger brother Kellan is a junior at Minot High and is active in music and soccer. Hills is also a junior at MHS. Mahler is a freshman as MSU studying piano, bass and music education.

“The kind of music we play is normally classic or contemporary rock,” explained. “With me playing the sax, we add a bit of a funk style and flavor to everything.”