EISEN: Streaking Beavers thrive when game is on the line 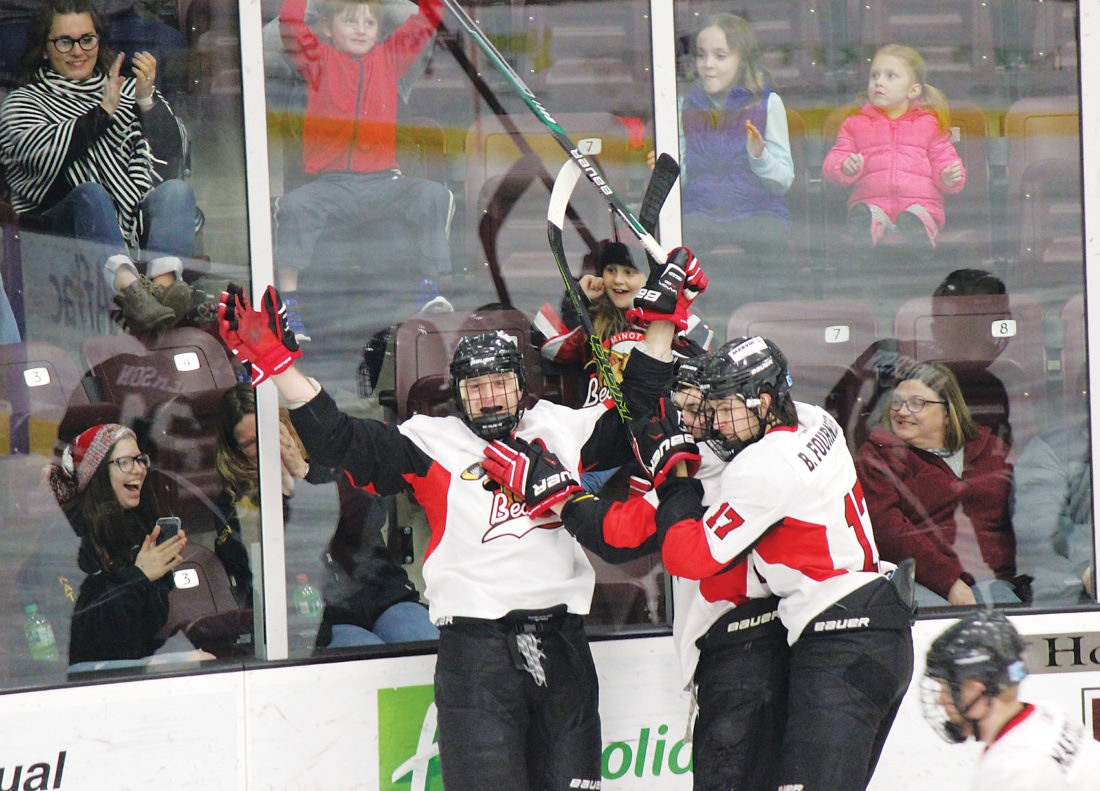 Winning 16 straight games and narrowly escaping defeat time and time again is not only an outlandish plot for a would be award-winning television series, but is currently real life for the No. 1-ranked Minot State men’s hockey team.

Some can argue that they have been getting lucky, but at a certain point you have to recognize greatness when you see it. The Beavers don’t shrivel up under pressure, they thrive.

How has Minot State continued to rattle off win after win? Well, lucky for us, 16 games is quite a hefty sample size to breakdown and analyze how the Beavers haven’t lost an American Collegiate Hockey Association (ACHA) Division I clash since last year – Nov. 5, 2016 against Arizona State, to be exact.

However, before divulging into this winning streak, it has to be mentioned that the Beavers did lose a game this calendar year. While the Battle of the Maysa exhibition match against the Minot Minotauros on Jan. 16 doesn’t show up in the standings, it did provide somewhat of a reality check for MSU along this current unbeaten journey.

“Maybe this humbles us a little bit,” Regier said after the defeat. “We have been on fire here at our level now for a little while, 11 in a row, and our assistant coach Wyatt (Waselenchuk) said it well. He was like, ‘You know, maybe it’s time to give us a little bit of a check that we are not so high and mighty, and that teams can beat us if we don’t play our best for a full 60 (minutes).'”

The Minotauros got the better of the Beavers, but ACHA opponents haven’t been as fortunate.

Every team MSU has defeated during the streak are in the Top 20 of the most recent ACHA Division I rankings, except for Williston State College because they reside in Division II. The Tetons, nonetheless, are ranked as the top team in their respected West Region, which consists of over 50 teams.

A majority of MSU’s wins have been close, with 10 out of the 16 contests being decided by two goals or fewer. And two of the victories were decided in a shootout.

Entering the third period, Minot State has held the lead on 12 occasions but only averages a lead margin of about a goal and half (1.63) at the start of the final 20-minute frame.

Perhaps the most intriguing stat of all is the Beavers have had a two-goal lead entering the third period in half of their games. Meaning that 50 percent of the time, MSU has been on the cusp of losing or just hanging on when coming out of the second intermission.

Yet, these Beavers have no quit in them. They have outscored their opponents 25-12 in the third period over the last 16 games.

MSU would probably like to blowout a few more teams (five games won by four or more goals). But, like Regier mentioned, having the chance to play in so many tightly contested contests is a favorable way to prepare for Nationals.

At the end of the season, putting together a lengthy winning streak is impressive and all, but claiming the program’s second National Championship is what they are really after. If this recent run of form is any indication, then the Beavers will be ready when the postseason arrives.