EISEN: Magi basketball too reliant on the three-ball? 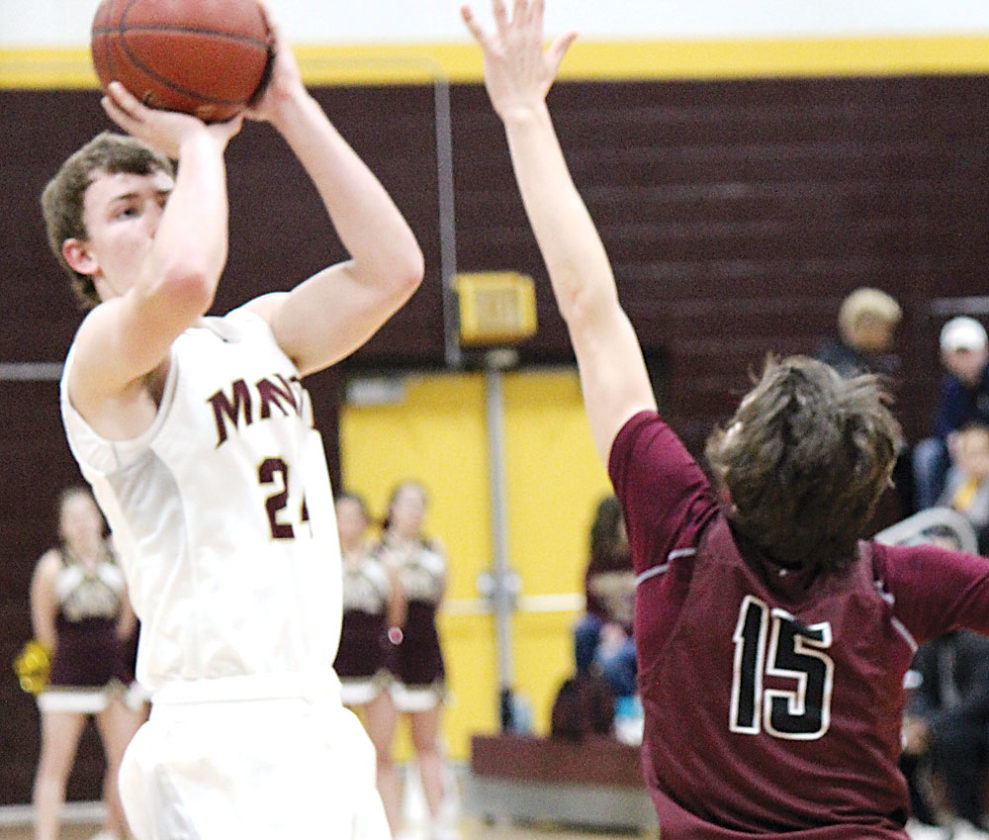 While having the privilege to sit press row – or, better put, the fold up table stationed behind the scorer’s table and in front of the opposing supporters – at Minot High School boys basketball home games, I hear things.

By now I’m immune to the heckles of the crowd disputing questionable calls and the away fans letting off some steam when something doesn’t go their way. My interest is peaked when I overhear something that makes me stop and think for a second.

An example of that happened a couple weeks ago when the No. 1-ranked Magi (13-0, 11-0 Western Dakota Association) hosted Bismarck High on Jan. 7.

After Minot had knocked down a couple early 3-pointers to open the contest, I happened to eavesdrop on a conversation where somebody said something along the lines of, “Minot lives and dies on the 3-pointers. If they didn’t have great shooters, they wouldn’t be that good.”

At the time, it looked like a valid assumption from their point of view. But, I’m still not convinced.

They have shooters and there is no denying that. Minot High head coach Dean Winczewski will be the first to say that his team isn’t afraid to shoot from deep and they are able to use that to their advantage.

However, they also aren’t racing down the court and launching up 3-pointers with reckless abandon.

If the Magi truly “live and die” on making shots from behind the arc, then they must be invincible or extremely lucky having won 13 straight games to start the season and 24 in a row dating back to last season.

This season, Minot averages 9.5 makes on 23.9 three-point attempts per game (39.9 percent). On attempted field goals from the floor, 37.2 percent have been 3-pointers.

“Peyton (Lamoureux) is a tremendous shooter,” Winczewski said after that near historic night. “But the best thing about the whole night, to be honest with you, is how unselfish our kids were in finding him. He didn’t dribble down and shoot it himself, our kids did a lot of dribble help situations and he knocked down the shots when they were open.”

Great shooters make contested shots, but just being a good shooter is enough to knock down open shots. Minot has a lot of good shooters. Are some of them great shooters? Perhaps, but I don’t have enough visual evidence to offer an educated opinion on that yet.

A vast majority of the Magi’s 3-pointers come off drives inside and kicking the ball out to open shooters. That’s just good offense. If you get an open three, then you take it.

When the open looks aren’t available right away, then more often than not the ball finds its way inside one way or the other. And that’s what makes Minot’s offense so hard to slow down, as opposing teams have to pick their poison.

Either they impose tight contain pressure to close down the space for the Magi’s sharpshooters on the outside, which leads to All-State guard Johnson slashing his way to the basket or senior forward Justin Engg finding the open space inside. Or, they collapse to the paint, and leave Lamoureux and company to do what they have been doing all season.

The 3-pointer is a facet of the Magi’s dynamic ball moving, high-scoring offense. A facet that teams are still searching for answers on how to shut down. Minot keeps living the undefeated life in the meantime.

1st deadlines for laid-off workers to get health insurance