NEW YORK (AP) — At some point, of course, Rafael Nadal and the rest of the Big Three will stop winning Grand Slam titles, someone younger will emerge and a shift at the top of tennis will happen.

And while so much attention in the sport has been focused recently on trying to figure out who will break up the dominance of Nadal, Roger Federer and Novak Djokovic, it might just be more fun to contemplate — from now until the Australian Open in January, at least — how that trio’s competition for the most major championships will end up when they’ve all walked away from the game.

After eventually emerging with a 7-5, 6-3, 5-7, 4-6, 6-4 victory over Daniil Medvedev in a memorable seesaw of a U.S. Open final Sunday night, Nadal insisted that, yes, he wants the record by the time he’s done, but, no, it’s not all that matters to him or how he’ll define his own happiness.

To each his own.

But the rest of us can — and should — track it and care.

“He’s in a better position today,” one of Nadal’s coaches, Francisco Roig, said after his guy edged Medvedev in a 4-hour, 50-minute epic. “But all of them are still winning tournaments. It’s a long way, but he’s in the best position.”

In 2019, Djokovic and Nadal won two majors apiece, drawing closer to Federer, whose most recent Slam trophy came at the 2018 Australian Open.

Each has a career Grand Slam, too.

Federer’s tally: eight from Wimbledon, six from the Australian Open, five from the U.S. Open, one from the French Open.

Nadal’s tally: 12 from the French Open, four from the U.S. Open, two from Wimbledon, one from the Australian Open.

Djokovic’s tally: seven from the Australian Open, five from Wimbledon, three from the U.S. Open, one from the French Open.

The other relevant numbers are their ages: Federer 38, Nadal 33, Djokovic 32.

Nadal hasn’t been this close in the “standings” since the “score” was Federer 1, Nadal 0, after Wimbledon in 2003. By the time Nadal picked up his first major, at the 2005 French Open, he trailed 4-0.

For so many years, so many folks were prepared to proclaim Federer the “GOAT” — Greatest Of All-Time — based largely on his accumulation of majors and a subjective assessment of supposed aesthetics. Others would point out that Nadal’s edge in their head-to-head series, which currently stands at 24-16, should give him the nod. Djokovic, meanwhile, elbowed his way into the “best ever” discussion, too, because he’s the only one to have won four majors in a row, leads both of the others head to head (26-22 over Federer, 28-26 over Nadal) and broke up their hold on the No. 1 ranking.

What’s most impressive, really, is how this trio has ruled the sport for about 15 years.

“The three of us are doing things that never were done in the history of tennis,” Nadal said. “I take pride in being part of this fight.”

They have won 51 of the last 59 Grand Slam titles, including the past 12, and there hasn’t been a first-time male champ at a major since 2014.

Here’s how different things are in the women’s game: Bianca Andreescu’s 6-3, 7-5 win against Serena Williams on Saturday made the 19-year-old Canadian the seventh first-time major champion in the past 11 events.

Or put another way: Andreescu gave the women a Grand Slam champion born in the 2000s before the men have had one who was born in the 1990s.

Some took it as a sign that change was afoot when Nadal was the only member of the Big Three to get to the semifinals at the U.S. Open. Djokovic, the defending champion and No. 1 seed, stopped while way behind in his fourth-round match, citing pain in his left shoulder. Federer, dealing with a bad back, bowed out in five sets in the quarterfinals. 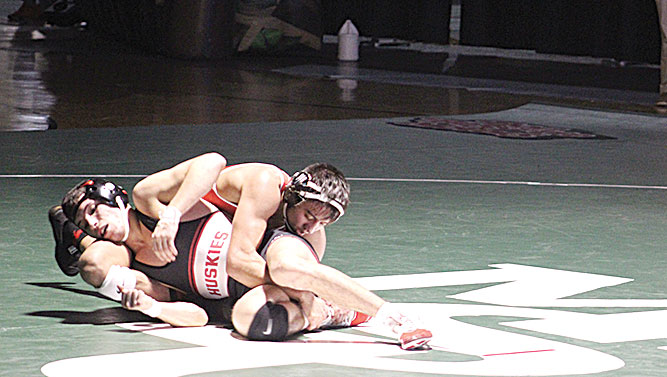