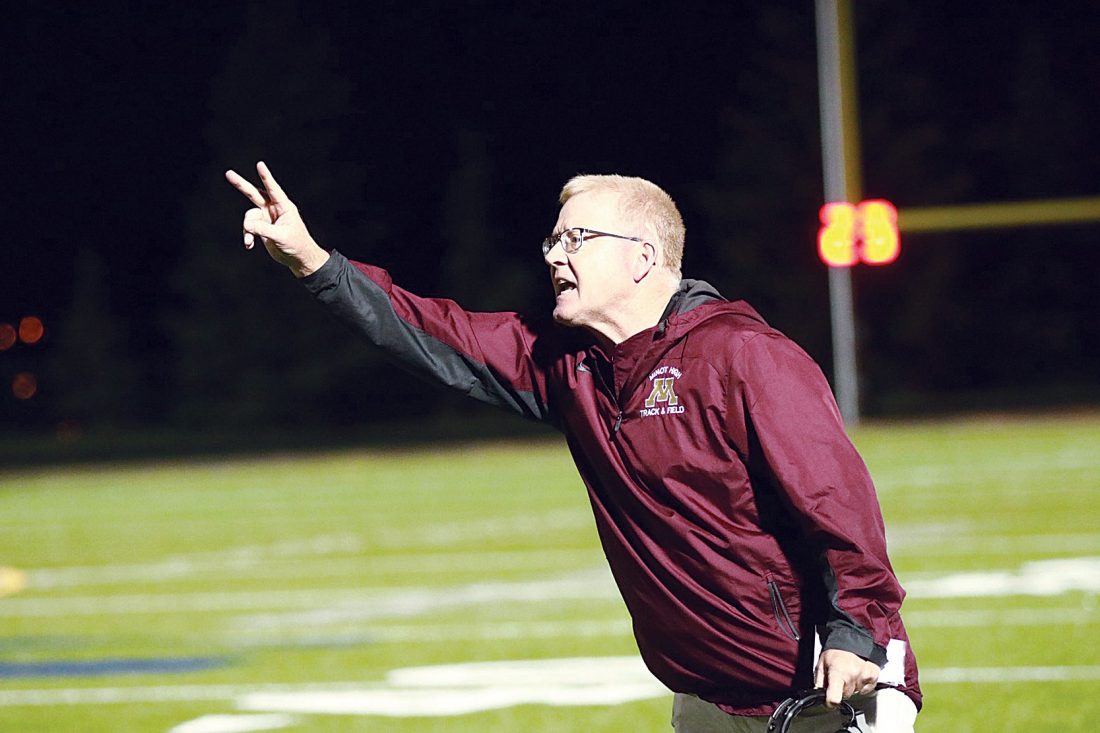 “I feel blessed beyond measure to have been part of the Minot High School athletics program for 35 years,” Holmen said. “Serving as the head coach for the most recent 15 years has been the greatest privilege and honor of my professional life.”

This past season, Minot finished with a 5-5 overall record and earned the West Region’s No. 4 seed before losing to West Fargo Sheyenne 42-7 in a Class AAA quarterfinal game.

“I admire so many of the coaching professionals and support staff with whom I’ve shared time,” Holmen said. “I have learned so much from so many. I will miss them and the remarkable youngsters who have participated and contributed to our program.”

Coaching at Minot High gave Holmen an opportunity to pursue his passion in his hometown.

“Minot is a special place, a caring place,” Holmen said. “Minot is home. What an honor to have served in a city that so abundantly supports and cares for its youth.”

Minot High will begin an immediate search for Holmen’s replacement.

“Many precious memories have been made together,” Holmen said. “Please know those memories will be cherished for a lifetime.”

This year’s high school girls basketball season has proved to be rife with twists and turns. I’ve enjoyed ...