Ryan softball bounces back with a lopsided win over the Sioux 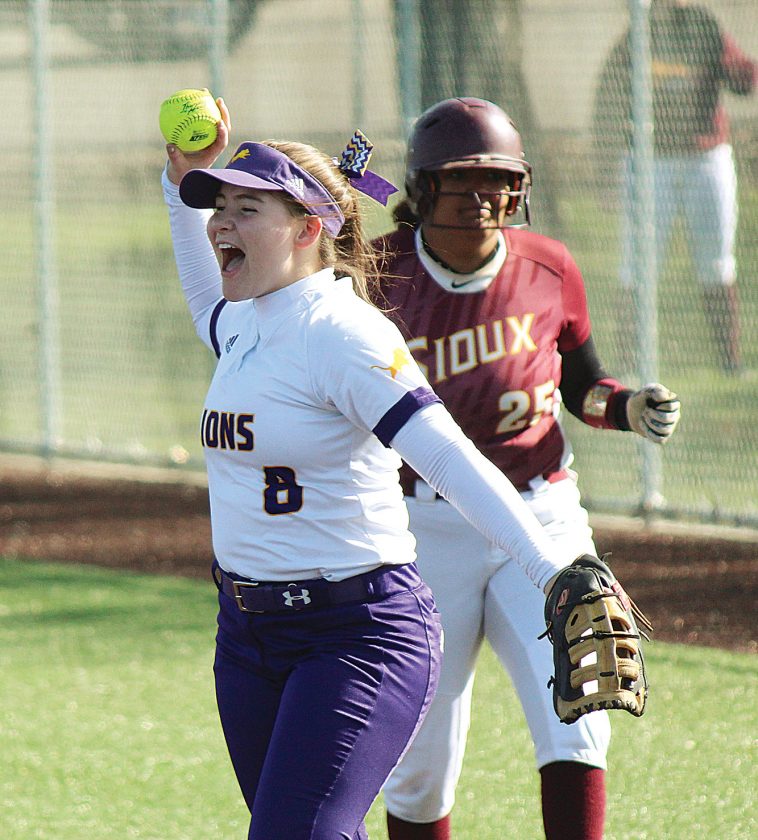 Alex Eisen/MDN Bishop Ryan junior Sloane Hawk (8) celebrates after recording an out at first base Thursday evening against Westhope/Newburg/Bottineau at the South Hill Softball Complex.

Suffering a third straight defeat wasn’t an option for the hungry Lions on Senior Day.

Coming off a pair of confidence-bruising defeats against regional rivals Des Lacs-Burlington/Lewis & Clark on Monday and Velva/Drake-Anamoose on Tuesday, the Bishop Ryan softball team took out its frustrations on Westhope/Newburg/Bottineau with a 12-2 five-inning, mercy-rule victory Thursday evening at the South Hill Softball Complex.

Ryan shook off the rough start to the week and gave its four seniors — Sealy Rovig, Abbie McKay, Sidney Lovelace and Hannah Klein — a proper send-off in the Lions’ final home game of the regular season.

“We needed this one, it’s been a tough last few days,” Ryan head coach Alec Grothe said. “We came into practice yesterday and worked hard to get better. Today it showed.”

WNB attempted to spoil the party early on, as Emmie Thompson came through with an RBI double in the top of the first inning against starting pitcher Lovelace to put the Sioux up 1-0. 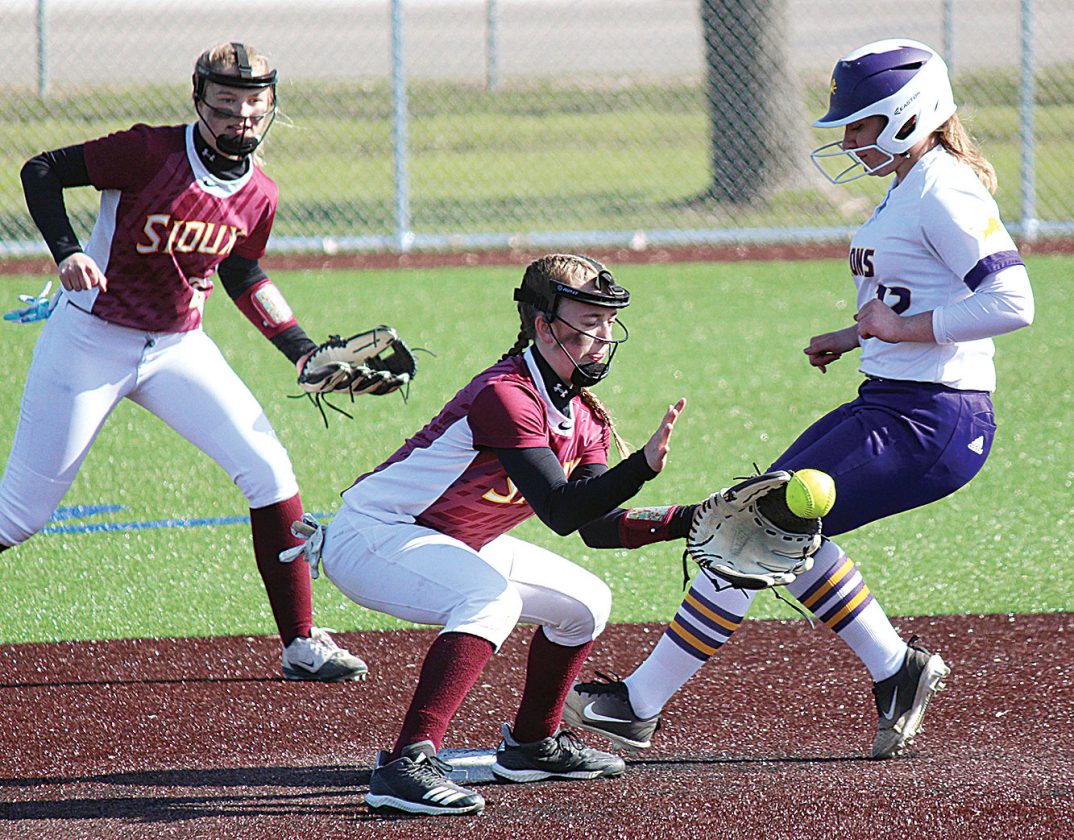 McKay had the quick response in the bottom half with an RBI double of her own down the left field line, 1-1.

“We came out with a lot of energy,” said McKay, who was just getting started.

Fellow senior Klein brought in Nora Kramer from second base on a groundout in the second inning to give Ryan its first lead at 2-1. The deficit could have expanded more, but WNB’s Harley Blada caught a line drive in left field to save a couple of runs.

The Lions didn’t hold back and got those runs back with a nine-run third inning. Ryan batted around with three different players — Sylvie Kramer, McKay and Lovelace — scoring runs via a triple.

“Once one of us gets it going, we kind of all pick it up,” McKay said. “We got the bats rolling.”

Sioux starting pitcher Jazamine Solis stayed in the game and pitched all four innings. Her command got more erratic the longer she stayed in the circle. A wild pitch brought in Ryan’s 12th and final run in the fourth inning.

Lovelace gave up one more run in the fifth, but was aided by two defensive gems by Rovig to seal the 12-2 victory.

First, shortstop Rovig made a diving play to her right, regathered herself and showed off her cannon of an arm to get the out at first base. Later, to get the final out of the game, she laid down the tag to catch WNB’s Anaka Grenier trying to steal second base.

“Our defensive was outstanding today,” Grothe said. “Sealy (Rovig) made diving plays. Everyone in our infield had a play of some sort today that changed the outcome of the game.”

Rovig added: “I just wanted to reach my full potential. That’s been a joke for us the past couple of years and I really wanted to prove myself that I can make those plays.”

While Rovig struggled to get her bat going (0-for-2), she still managed to shine on Senior Day.

“It was kind of bittersweet,” she said. “In the younger grades, you never think this day will ever happen because it’s always everyone else. But, when it’s actually you, you are happy it’s here because it’s has been a long time that you have been playing. But, you aren’t really ready to let it go.

McKay, wielding a hot bat, went 3-for-3 with four RBIs on Senior Day.

“Years ago, I remember watching the seniors and I was like, ‘Oh, they are so old’ and ‘That will never be me,'” McKay said. “But, just like that it’s here. Now, it was our turn.”

The Lions travel to Glenburn this evening for their fourth varsity game in the last five days. First pitch is set for 4:30 p.m.

WNB is scheduled to play Rugby (11 a.m.) — the Panthers are only fielding a junior varsity team this season as it’s the first year for the program — and Ray (3 p.m.) on Saturday at the Central McLean Softball Jamboree being held at the Turtle Lake/Lake Brekken Softball Complex.