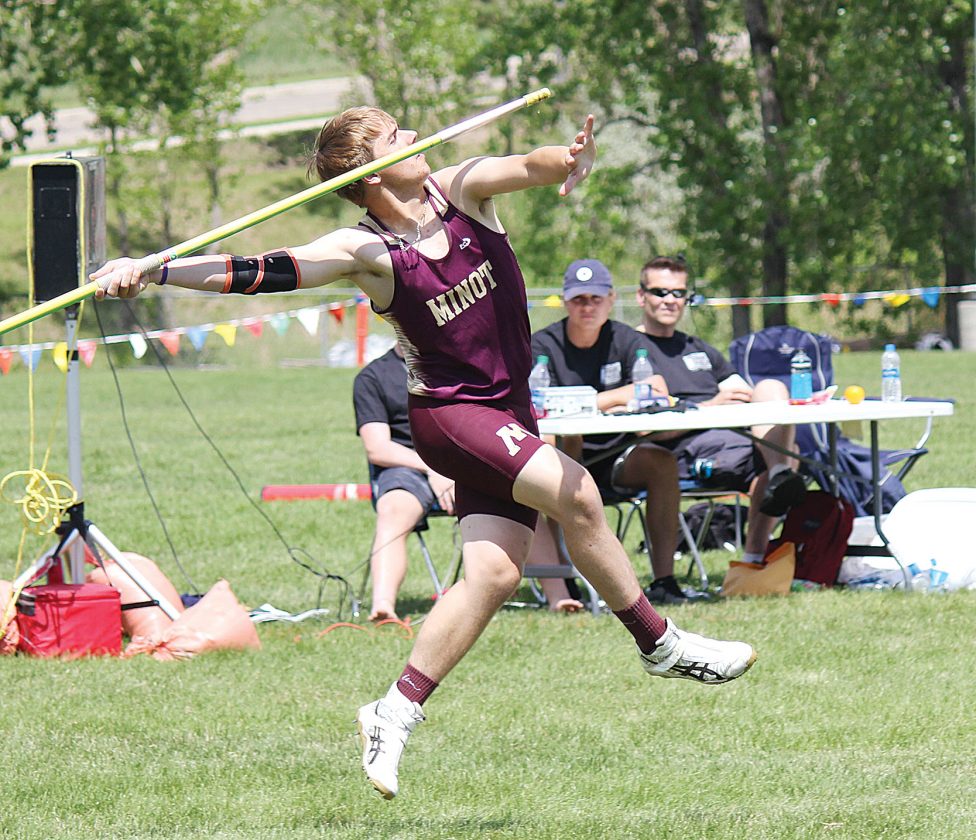 It’s that time of the year again.

After both teams combined for 12 Top 5 finishes at last year’s state meet, the Minot High School boys and girls track and field teams are getting back to work in preparation for the start of the regular season.

Returning studs and new faces alike will all be donning the maroon and gold with hopes of another successful year on their minds.

Here’s a preview of both teams: 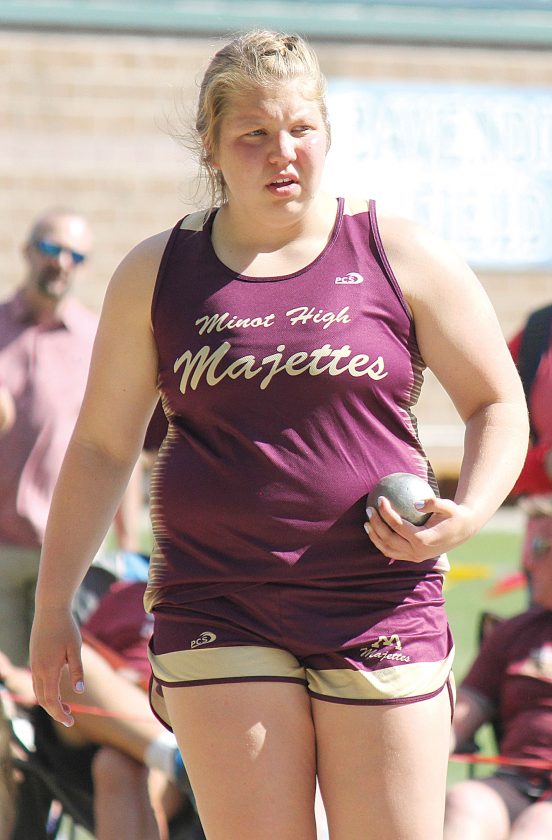 It’s a “next man up” mentality for the Magicians.

The Magi are coming off an eight-place outing at last year’s state meet in Bismarck. Now Minot will look to improve this time around in the aftermath of some key athletes graduating.

Headlining that list of departing seniors is Adrian Davis-Aguilar, who won Minot High’s only individual state champions last year in the long jump. Among other state placers who have now graduated are Logan Krueger and Devin Kramer, leaving the returning Magi with some big shoes to fill.

“We lost critical pieces from last year,” MHS co-head coach Aaron Klingbeil said. “So now we get to see how the young guys will rise up. We have a lot of guys with chances to do well.”

Fortunately for Minot, the group has some capable athletes lying in wake.

The Magi have a number of returning state place winners in their arsenal. One of those weapons is Odin Nelson. The then-junior took home fifth place in the javelin and is back for more.

Minot also has a pair of seasoned juniors in Triston Emke and Easton Larson, who each finished seventh in their respective competitions. Emke earned his place in the 300 hurdles, while Larson had his strong showing in the high jump.

It’s experienced athletes such as Nelson, Emke and Larson that are invaluable to the young Minot team.

“There a lot of strong leaders back in the pack,” Klingbeil said. “You get a new set of leaders, and it does change the dynamic of the team. But a lot of these are multi-sport kids, so we take some of the best kids from each sport. A lot of them have learned to lead already, and now we get the benefit of having all that on the team.”

In addition to these established names, the Magi also have some athletes poised for a breakout season. Perhaps the biggest candidate for such a year is Tyler Jessen.

The then-junior didn’t qualify for state last season in shot put or discus but has since made significant strides this offseason. He’ll look to join the Magi’s list of key contributors as the season approaches.

“Tyler Jessen has been pretty good for us these past few seasons,” Klingbeil said. “But he’s been throwing very, very well in practice recently. We haven’t had a meet yet, so we can’t say much until we get out there, but I’m wishing him the best.”

It’s all about strength in numbers for the Majettes.

After a fifth-place showing as a team at last year’s state meet, the girls track and field team is ready to begin this year’s journey to the postseason.

The Majettes certainly aren’t short on competitors, as they boast a loaded roster of about 90 girls for track.

“We’re really excited to get our season started,” MHS head coach Disa Julius said. “We have a really big team this year. We’re going to be filling about two buses, so that’s great.”

It’s this high body count that Minot hopes will yield some new contributors as the team is without a number of notable names from last year.

Perhaps the biggest name not returning for the Majettes is Eden Howery, who had the strongest individual showing for the team at state last year and took second in the discus. Also no longer with the team is Alli McCoy, who placed in the top seven in the 400, the 200 and the 100.

Fortunately for the Majettes, the group has a strong balance between returning upperclassmen and new athletes.

“We have a huge incoming freshmen class that’s willing to try everything,” Julius said. “And we also have a great crew of seniors that have been leading the way for us since they were freshman.”

Two of those returning standouts are Kelsie Fettig and Jenna Hardy. Fettig took home third place in shot put last year at state as a sophomore, and Hardy claimed 12th place in discus as a freshman.

“We’re really excited to see what our throwers can do,” Julius said. “We just did a mock throwing session the other day, and girls are throwing farther than they did last year.”

Among the list of up-and-comers is MaLiah Burke. The freshman, who also plays soccer, has the speed to make a name for herself in the 100- and 200-meter dash.

It’s athletes such as Burke that’ll only make the Majettes stronger as the regular season approaches.