Minot High cheerleaders to perform at the Citrus Bowl 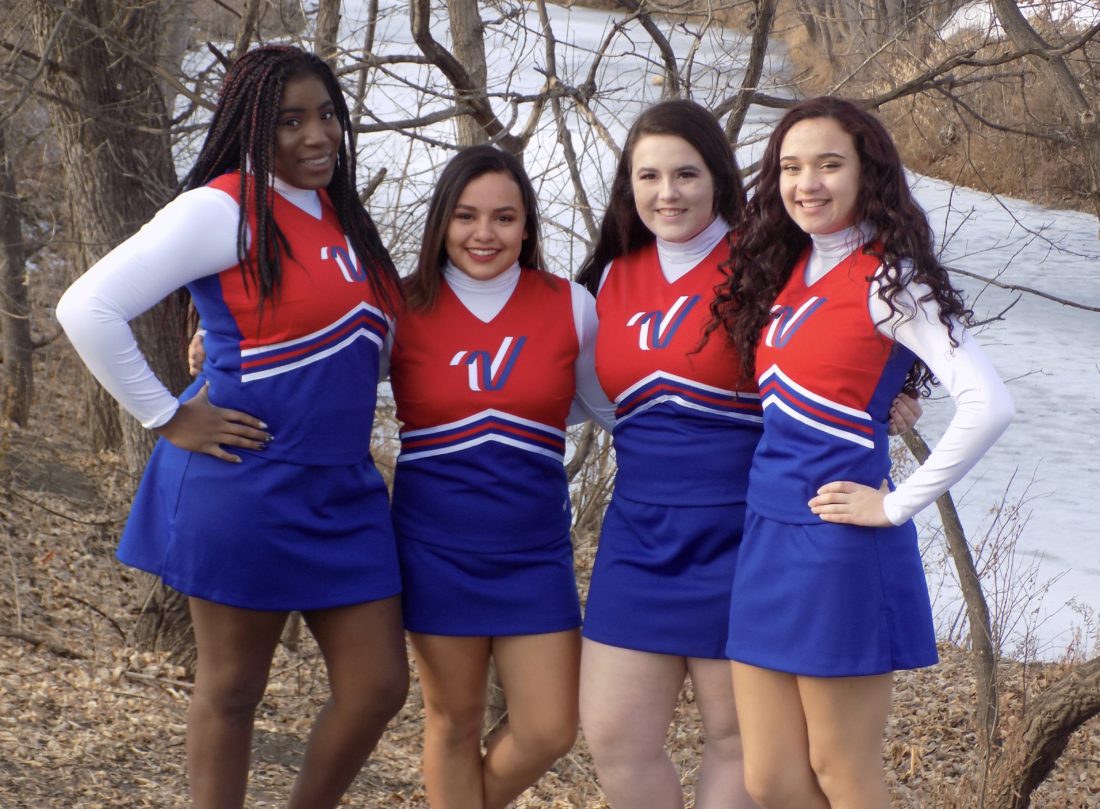 Photo submitted by Dawn Bodtke. (Left to Right) Seniors Jasmine Davison, Joslynn Gonzales, Harleigh Port and MaKayla Zumbo pose in their Varsity Spirit uniforms, which they’ll be wearing during their pre-game performance at the Citrus Bowl on Jan. 1, 2019, in Orlando, Florida.

Four members of the Minot High School cheerleading team will be soaking up the sun this New Year’s, as they get ready to perform at the Citrus Bowl on Jan. 1, 2019, in Orlando, Florida. Seniors Jasmine Davison, Joslynn Gonzales, Harleigh Port and MaKayla Zumbo will be representing Minot High and North Dakota at the event.

The road to Orlando began on August 15 when the Minot High cheer team received a Superior Team Award at the UCA cheerleading camp held in Minot. The award is given to teams that display strong technique, lead the crowd and perform with no noticeable mistakes.

By receiving the award, the team was invited to be a part of a pre-game performance at the Citrus Bowl, which will feature the Kentucky Wildcats against the Penn State Nittany Lions.

The four of them will get to perform alongside other cheerleading groups from across the country that have also been invited by Varsity Spirit, a cheer organization that’s partnered with the bowl game.

In addition to performing in front of 60,000 fans in the seventh oldest collegiate bowl in the country, the group will also get to visit the Walt Disney World Resort. The four seniors will arrive in Orlando on December 29th, where they’ll spend the weekend rehearsing their routine in preparation for the non-televised bowl game performance.

The group will be having a dine-to-donate fundraiser at Applebee’s today from 11 a.m. to 10 p.m. in order to help defray the costs of the trip.