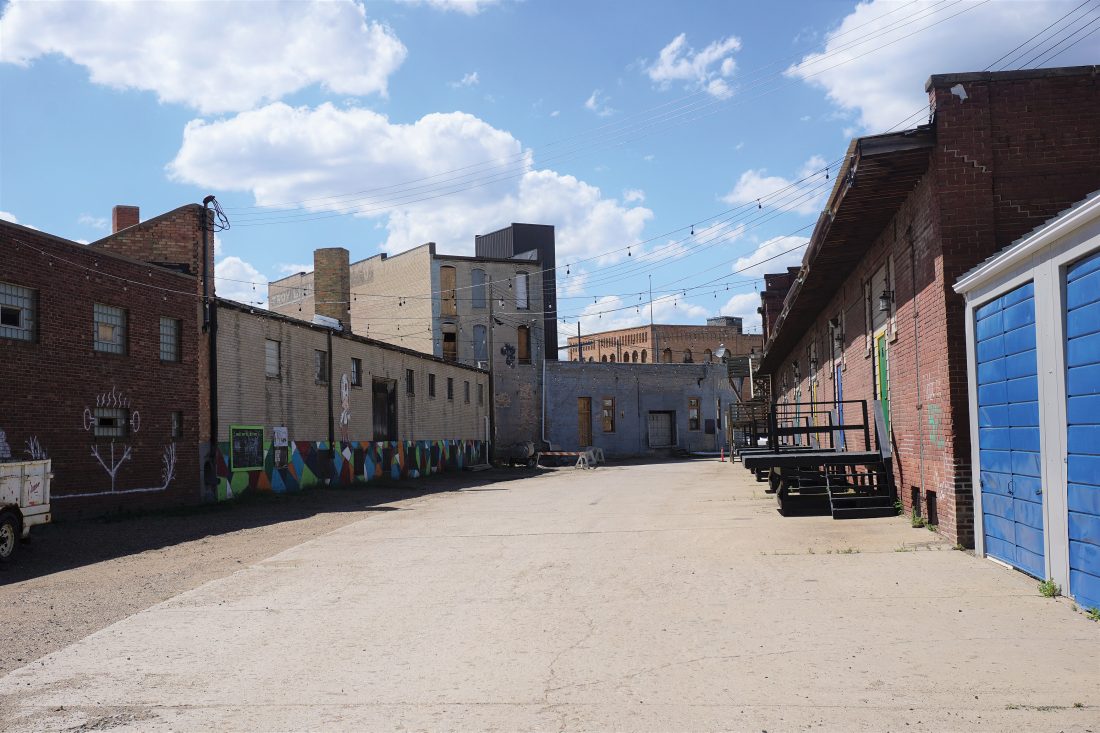 File Photos Selected by the public as the best choice for a gathering space, Site 2, shown in 2019, was abandoned by the Minot City Council in October after active purchase negotiations from February through September failed to lead to the necessary property acquisitions.

Minot hadn’t settled on a location for a downtown gathering place at the end of 2019, but hope remained alive despite the frustrations surrounding the project.

Plans for a downtown park-like space are part of the city’s $74.3 million National Disaster Resilience Program, from which $6 million is allotted to the project. As of December, the city had moved away from the public’s initial site choice, received a rejection from the owner of a second site and was looking into a third and final option.

The city received a response from Gaylen Schmidt, the owner of Site 3, that he is interested in selling to the city, said John Zakian, Minot’s resilience program manager. The next step is to conduct an environmental review of the property, which could lead to an offer being made to Schmidt before the end of February, he said.

The city also had asked Trinity Health, the owner of a parking lot known as Site 1, to clarify its response that it is not interested in selling “at this time.” Zakian said if Trinity should indicate a willingness to sell in the near future, that option also would re-open.

Formal negotiations to acquire property at the preferred location known as Site 2, near the Parker Center, began in February but made slow progress. In June, the council agreed to an Aug. 30 deadline for concluding negotiations with property owners. In August, the council extended the deadline to Sept. 30. The action came after a lengthy discussion about the options for advancing a project that council members and many community members believed was moving too slowly.

The council looked at three options. One would have required seeking a substantial amendment to the grant agreement from the Department of Housing and Urban Development to change the gathering place from a public facility project to an economic development activity. That would allow the city to enter agreements with one or more property owners and businesses to give them a direct participatory role in development.

Another option was to seek a substantial amendment to reduce the size of the gathering place from 2 acres to 1.2 acres, making it easier to acquire the necessary land.

The third option, and the one selected, was to stay the course.

The gathering space was a topic of discussion at an August town hall meeting at Washington Elementary, where residents had mixed comments on whether to keep pursuing the project.

Unease in the community over the gathering place found its way to a city council meeting in September. Council member Josh Wolsky had presented suggestions that included potentially moving the gathering space out of the National Disaster Resilience Program and seeking other types of funds to complete it.

“In essence, I see a project that is in distress. What I’m offering here is the framework of what I think is a life raft,” he had said.

By October, the council was ready to move on from Site 2, following the recommendation of its technical committee. Purchase negotiations had stalled with two owners in Site 2, and two others declined to sell.

The city made offers totaling around $890,000, and counter offers came to $1.78 million, which is beyond what the federal Department of Housing and Urban Development would accept as reasonable in comparison to the cost of other potential gathering sites.

The city council voted 5-2 to approach Trinity Health about purchasing its parking lot. When Trinity responded it is not interested, it forced the council to turn to its last site.

On Dec. 2, the council voted to get clarification from Trinity about its unwillingness to sell “at this time” while inquiring about a purchase from the owner of Site 3. The directive was to have answers by Feb. 29.

The city faces a September 2022 deadline to spend the $6 million in resilience money.

Council President Mark Jantzer said at the December meeting that he would like to believe that the city will eventually get its gathering space.

“But I’m not terribly optimistic after what we’ve seen transpire here in the last attempts,” he said. “We’re kidding ourselves if we don’t recognize that this may not pan out the way we’d hoped, and so we better have a different approach, whether that’s giving the money back or whether that’s diverting it to some other part of the proposal.”

However, Zakian said it is not uncommon to face hurdles with projects that veer from the typical projects funded by HUD.

“Maybe the degree of passion that was expressed over the past year, both pro and con, in terms of the space itself and which site to end up with may have been more intense, but that level of challenge is not unusual,” he said.

This coming year will be crucial to the resilience program, though, he added. The gathering space and other resilience projects – including a new city hall, technical center, family homeless shelter, affordable housing and property buyouts – need to be clearly defined and on a path to move forward by the end of 2020.

“As long as we have everything in that position by January of 2021, we are OK,” Zakian said.