Every year on the summer solstice, people around the world pay tribute to the strength, passion and endurance of those with Alzheimer’s and to the family and friends who care for them; those who live the longest day every day.

June 21 is a day of recognition for all those who care for people with Alzheimer’s or other forms of dementia. Every day at Edgewood, we see the strength and determination these caregivers exhibit in order to care for their loved one. They may be forced to give up friends, church, social groups and hobbies to provide the necessary 24-hour daily care.

While focusing on caring for their friend or family member, their own health often suffers. Edgewood Minot offers a free caregiver support program the second Monday of each month at 3 pm. Meetings are held in the Fireside Bistro at 800 16th Ave. SE.

Alzheimer’s is the only leading cause of death in the US that cannot be prevented, cured or even slowed.

Alzheimer’s disease is the 6th leading cause of death in the U.S.

One in three seniors dies from Alzheimer’s or some form of dementia.

To raise money and awareness, Edgewood Minot is excited to announce it’s First Annual Golf Scramble. The tournament will be held on Friday, June 21, at Apple Grove Golf Course. All proceeds will be given to the North Dakota Alzheimer’s Association to advance research and to provide care and support to those affected by the disease. If you would like to make a donation, it may be sent to Edgewood at 800 16th Ave. SE, Minot, ND 58701. 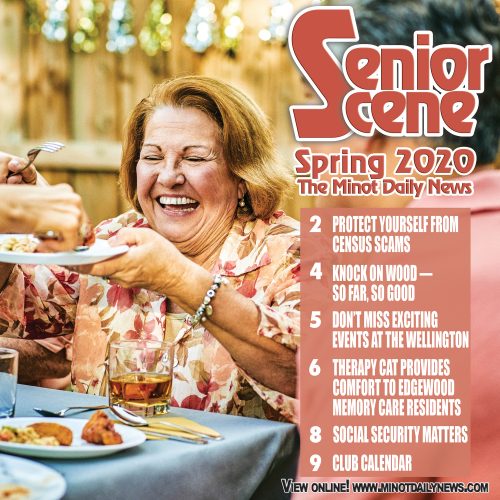