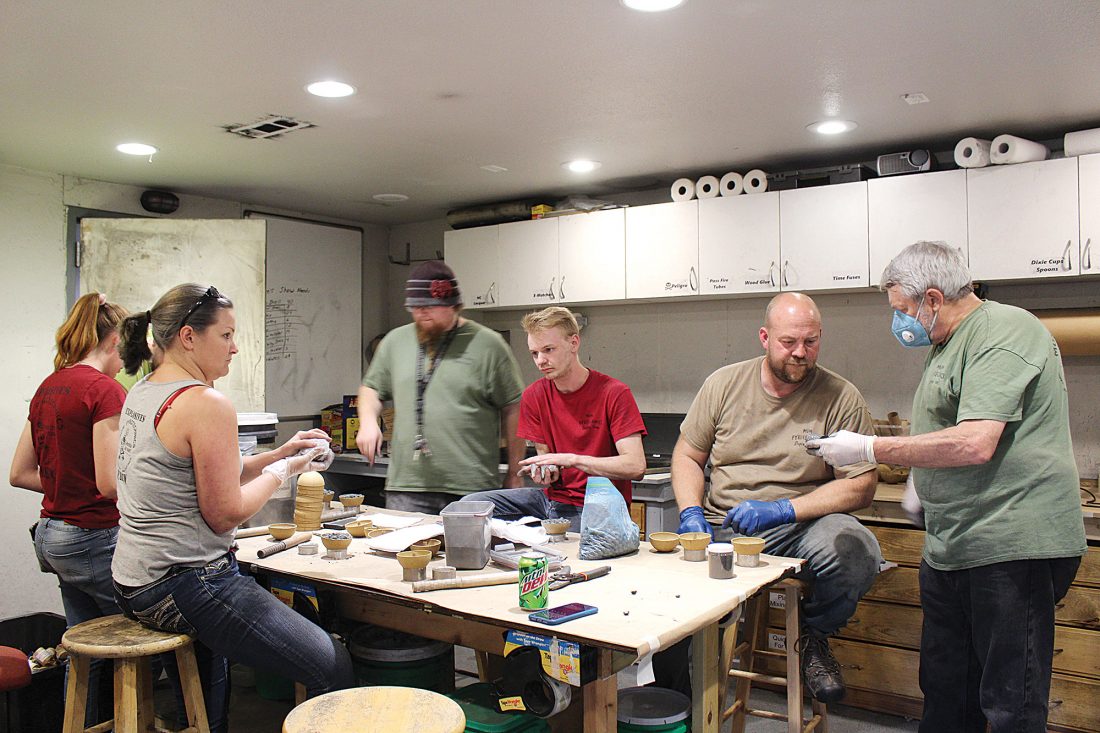 The Minot Park District is having its fifth annual 4th of July Festival in Roosevelt Park on Saturday from noon to 3 p.m. The event is free to attend.

Badlands Express is attending to give everyone some great entertainment, as well as local food truck vendors for hungry festival-goers.

The Magic City Discovery Center is bringing a variety of different STEAM games and activities to keep the kids busy and engaged.

Dogs are allowed to attend, as long as they are picked up after and secured with a leash. 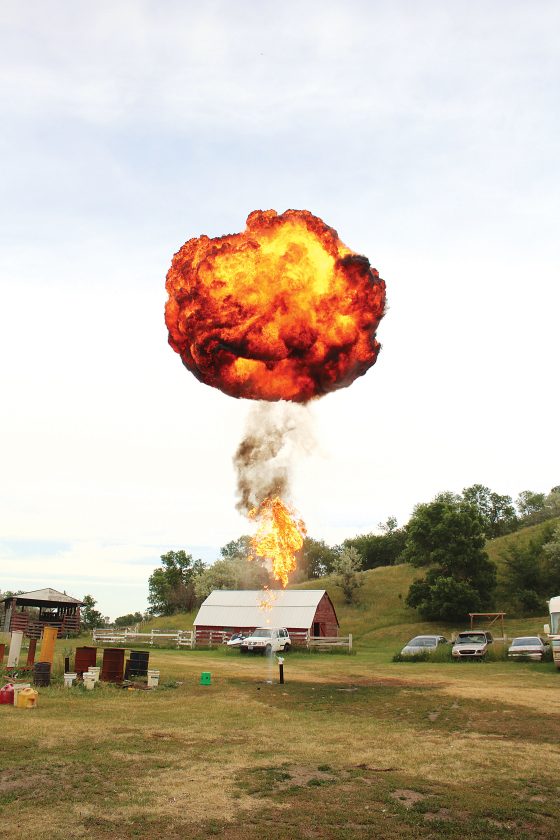 The zoo and the pool will be open, but admission must be paid at the respective locations.

Whereas the festival in the park is more geared toward children, the fireworks event at the North Dakota State Fair is for anyone and everyone. Mum Pyrotechnics and the Minot Fireworks Association are hoping for a large turnout.

The members of Mum Pyrotechnics and volunteers are going to set up in the RV parking lot. It usually takes a few hours to get the tubes, called “guns,” set up in their proper places.

The entire show is computerized and is choreographed to a custom playlist of music, put together by the founder of Mum Pyrotechnics, Derrick Miller.

To follow the timing of the shots, those watching from their vehicles are encouraged to tune their radios to 90.1FM. Concessions and seating in the grandstands will open after the races at Nodak Speedway. The grandstands are set up with speakers for people who want to be up close to the action.

Adam Dyess, the president of the MFA, said donors who give $500 or more will be given tickets for VIP seating on the drag strip. Before the fireworks begin, Mayor Shaun Sipma will read off all the names of the people who donated.

Dyess is still looking for volunteers to help set up the event. “We have open arms to anyone that wants to help and be a part of it,” he said. “It takes manpower and energy and time.”

The Clarion Hotel across the street from the fairgrounds is offering a place for others to watch the fireworks from a distance for free. However, only the first 300 people to arrive will be allowed in, due to COVID-19 restrictions.

Food trucks and other vendors will be set up there, offering a wide variety of dinner and snack items to choose from.

A portion of the money made at the Clarion Hotel will go to the MFA for next year’s show.

The event is solely donation funded from sources outside of the NDSF and Nodak Speedway. Two of the MFA’s major partners are Minot Masonic Lodge #33 and Grand Lodge of North Dakota. Together, the two lodges donated $1,500 this year to help put the event on.

Miller started Mum Pyrotechnics several years ago and everyone involved is there basically as a volunteer. The members do not get paid to make the fireworks, but in return, they get to spend time with their friends doing what they love.

They’re a small group that buys their own raw powder and chemicals, and custom make their shells and other fireworks by hand.

A fireworks convention is where Miller gets a large portion of the materials. He said that he has gone all the way to Pennsylvania to get supplies. This year, the convention was supposed to be held in Fargo, but it was canceled because of the pandemic.

Depending on the year, Miller purchases anywhere between 2,000 to 3,000 pounds of raw material to make 900 to 1,000 shots for the show, being split up among 22 guns. Each one can be packed with up to 64 different shells.

To make all of this possible, the members of Mum Pyrotechnics spend countless days putting everything together.

To give their homemade fireworks color, canola seeds are covered with explosive material, put in a tumbler machine then dry for 24 hours. The process is repeated several times until the stars are just the desired size.

Once the inside of both shell halves are lined with stars, rice grains covered with explosive material act as “packing peanuts” to fill the gaps between the stars. On the very top of each half, a fine powder they call break booster is added. “It increases the explosive pressure,” Miller said, “by increasing the temperature inside the shell to make sure everything lights.”

The next step is to put the halves together by placing a piece of tissue paper on one and placing it over the other. Wooden sticks are used to hit the shell, moving the “packing peanuts” around to fill any remaining empty space. Steen and Davis stressed the importance of that part, their goal being to pack the shells tight enough that they do not sound like a maraca when they are shaken.

Each shell is put into a handmade wrapping machine, built by Miller and based on a professional model. The machine was designed to wrap shells up to 12 inches in diameter, Mum Pyrotechnics only makes shells three to six inches in diameter for the 4th of July show, as per safety regulations.

Four-inch shells are typically covered with about 80 feet of water activated tape and packed down until the tape is no longer soft. They spend about eight hours in the dryer, then equipped with fuses.

They also make comets, which take off in a particular direction and are followed by a colored tail.

One of the well-known parts of the show is what they call Dragon’s Breath, followed by a Salute.

Whether someone is returning to these events or are new to the excitement, there is something out there for everyone. Fireworks, food, family and friends are all wonderful ways to spend a day together, whether it be inside or out.

Ciara Parizek/MDN The Minot Fire Department responded to a fire near a warehouse on the east side of the Burdick Expressway viaduct Tuesday morning. The fire was related to a power line that was struck by a construction crew working in the area, cutting power to many homes and businesses.

Kim Fundingsland/MDN Vehicles toss up rain off U.S. Highway 83 south of Minot near the North Central Research and Extension Center. Official rainfall totals are measured for the National Weather Service at the Center.