Hoping for a great year 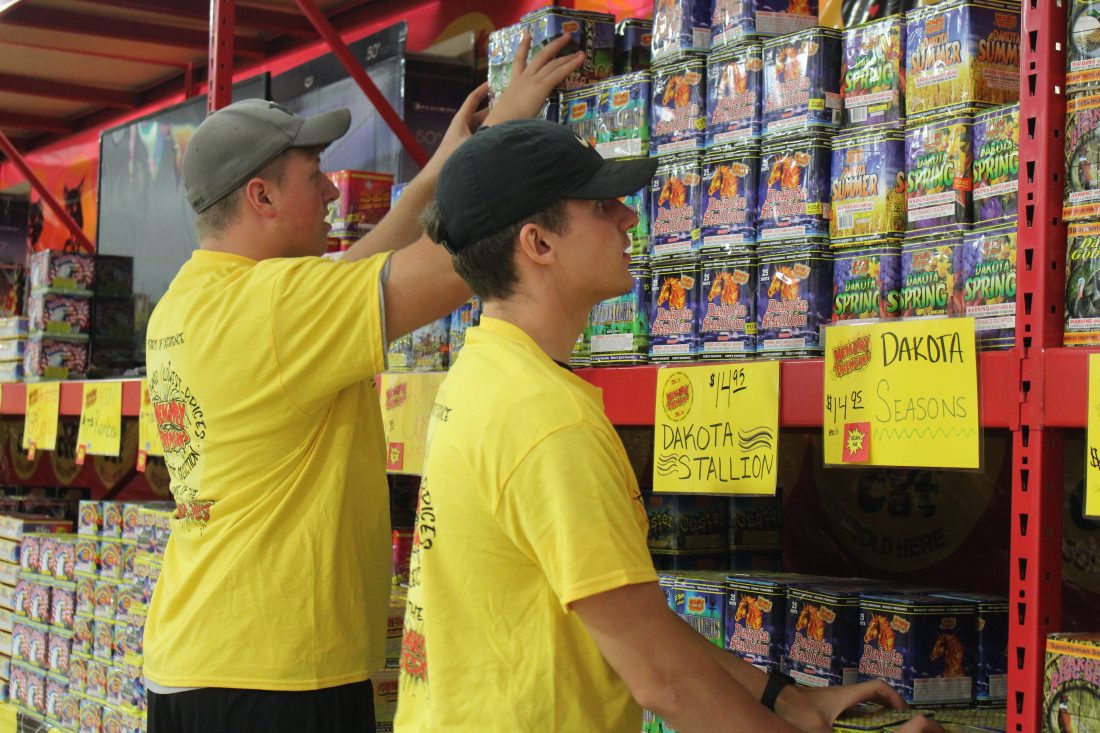 Ciara Parizek/MDN Nathan Warner, left, and Zane Grover, right, with Memory Fireworks work on getting the shelves stocked on Thursday.

The COVID-19 pandemic has not put a damper on the 4th of July for Memory Fireworks in Minot.

Holly Dietrich and Joe Grover at the north Memory Fireworks location said they were able to get all of their inventory in and the pandemic didn’t affect their product or stock at all. Mike Yantes with the south store received what he ordered, as well.

On Monday, both stores began to unload their trailers and got to work on stocking, organizing and labeling their product. By Thursday, they had a majority of their fireworks out. On Thursday at the location on North Broadway, Nathan Warner and Zane Grover were unboxing fireworks, loading them into carts and stocking the shelves for their opening day. At the store just south of Minot, Sidney Lovelace, InDee Thunshelle and Emma Passa were pricing out items and writing up labels for them.

Grover was happy to announce that the Minot locations received nine new products in their Memory Fireworks brand. The south store will be putting on a display of the new fireworks at dusk on June 30, and the north store is doing its display at dusk on July 1.

During those displays, each person watching will be given a feedback sheet. They can write down if they liked it or not, why or why not, among other comments. 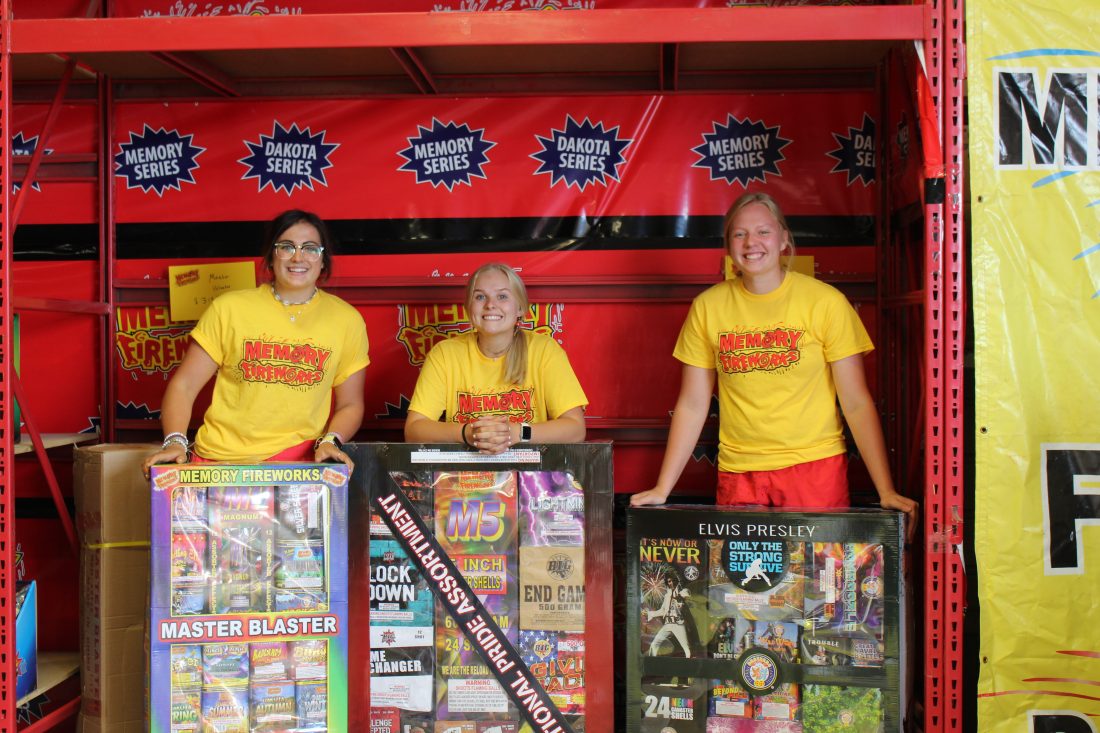 In addition to the live examples, Memory Fireworks has a mobile app that has a list of products. If a person scans the barcode on a particular firework, the app will show them what it does and what it looks like. The TVs in the stores do the same thing.

Like last year, the north store, managed by Dietrich, will have air conditioning. The company also put in a cell phone service booster so people can have better service while in the building. Just like every year, Grover and Dietrich are setting up their dragon named Reptar.

Yantes likes his location because he can open the big garage door to allow for more air flow and people driving on the highway can see that the store is open. Instead of having a giant dragon out front, he will set up flags and an inflatable tube man.

The south Memory Fireworks location seems to be a good location for people that are heading out of town to go to the lake or for those that may just be passing through Minot and decide to stop to pick up fireworks. Their gravel parking lot has ample space for customers that arrive in RVs or are pulling boats with their pickups.

Both stores are setting up hand sanitizer stations around the buildings and will wipe down the carts during the day. At night after they close up shop, the carts will be entirely disinfected and ready for shoppers the following day. Plexiglass barriers have been put up next to the registers. Masks are not required, but customers are welcome to wear them if they are more comfortable that way.

For customers that may not be comfortable going into the store quite yet, they can go online to place an order for curbside pickup. However, the north store is the only one that’s doing the curbside pickup.

Fireworks are still illegal in the city limits of Minot. To read the current law for more information, visit memoryfireworks.com/nd-fireworks-law.php.

Ciara Parizek/MDN Nathan Warner, left, and Zane Grover, right, with Memory Fireworks work on getting the shelves stocked on Thursday.

Submitted Photo A rendering shows a playground that will be installed later this year in a new city park in Surrey.

Andrea Johnson/MDN Cognizant has sold its two office buildings and surrounding land to the Minot Public School District for the nominal fee of $10. The building, pictured on Friday afternoon, is located at 2000 21st Avenue NW.

Submitted Photo Clint Hudkins, left, helps season sausage while Kim Kitelinger, right, is going to prepare his award-winning brisket on the smoker for today’s Cook Off for Charity.