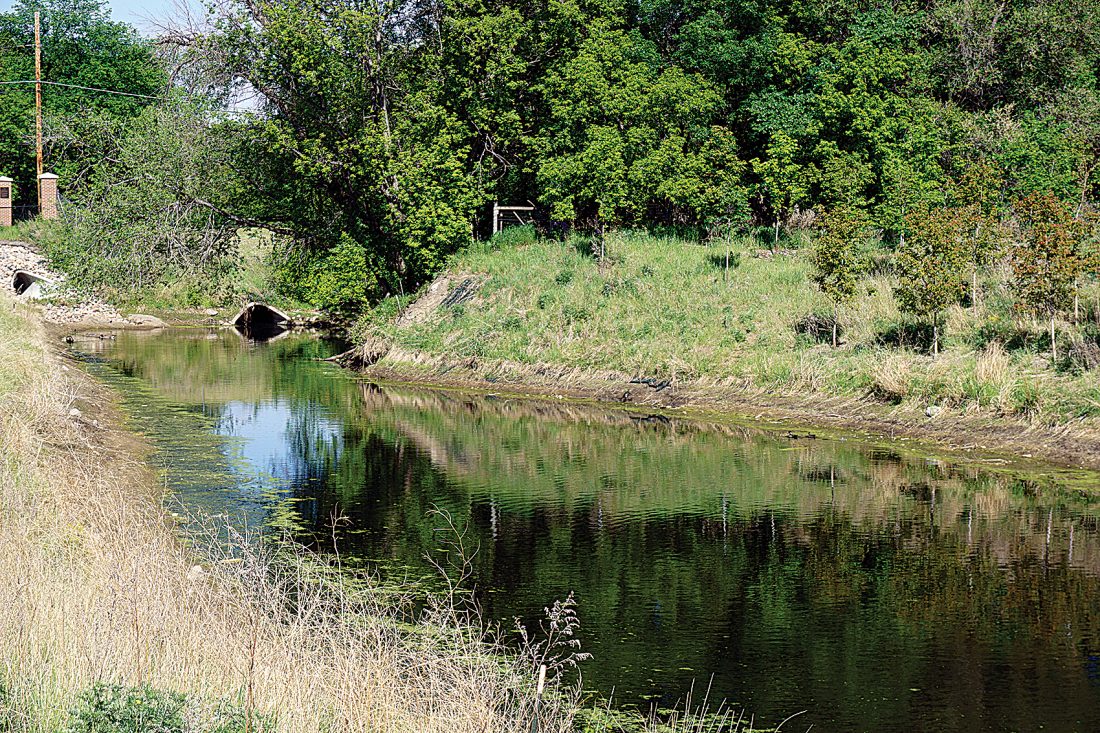 With the Minot Park District and a Minnesota nonprofit as potential partners, the Minot City Council hopes to begin planning for riverfront ecological restoration and new economic development approaches.

Council members voted Monday to try to tackle those two areas with funds available through the National Disaster Resilience program.

“The restoration of the dead loops, I think, is very in spirit and in keeping with the phase two (NDR) application,” he said.

The council unanimously supported Wolsky’s motion to approach the park district about entering an agreement to help with the ecological restoration planning. Wolsky said the goal is to “gather stakeholder input, conduct planning and partner coordination, and preliminary engineering necessary for phasing and estimating activities associated with the following: ecological habitat restoration in our buyout areas along the active river channel, in our flood storage areas known locally as dead loops and in other areas adjacent to the river corridor already held by the public. These should be assumed to include, but not be limited by, the following specific goals: development of terrestrial trails, water trails and river access points, restoration of native species and habitat, passive maintenance spaces and opportunities for public uses that include walking, biking, cross country skiing, in-town camping, fishing, canoeing, kayaking, education and learning, as well as additional and necessary supporting amenities.”

Wolsky noted that while the dead loops aren’t in the NDR action plan, flood protection storage areas are.

“These dead loops are connected to every flood in Minot’s history. They are a result of our previous flood protection projects,” Wolsky said. “So I feel like we have an exceptionally strong case to make in that regard. This is the river. These are flood protection storage areas.”

Zakian countered that the action plan refers to an ecological study of flood storage areas created by buyouts. The NDR program provides $355,000 for that activity. However, Zakian said, he could make a case that dead loops be included in the planning study as part of the flood storage areas.

Wolsky also asked how to add the Souris River Joint Board, which is overseeing the flood protection project, as a partner. Zakian said the park district – should it agree to get involved – could enter an agreement with the joint board to include it in the planning.

Zakian will be resigning June 19 to take a new job in Texas but said he can open a conversation with the park district and possibly have a proposed agreement at the next council meeting June 15.

Wolsky’s proposal to use $60,000 in the NDR program to consult with Strong Towns resulted in the council deciding to ask Strong Towns for only a proposal, with no money spent at this time.

Council member Stephan Podrygula aired a concern about the proliferation of studies.

“I think it’s important that we deliver something to people – something concrete, something useful. Now, the results of a study can be useful too, but I’m concerned that we’re just proliferating these kinds of things.”

Podrygula also said the focus needs to be broader than downtown.

“I understand that these NDR funds will have to be focused to some extent on downtown, but I think it’s also very important that we listen to people who say economic activity and business and other good things are more than just downtown,” he said.

Podrygula questioned whether the city should consider only Strong Towns when there are other organizations that also could offer advice.

“I don’t see anything here that concerns me, that alarms me, but I’m wondering why this particular outfit,” he said. “I really do want some vetting of these people.”

“Sometimes we just have to try something different, and this is an opportunity,” council member Shannon Straight said. “If we don’t go that route sometimes, we’re going to be just hammered for (being) a council that sits around and talks and doesn’t do anything.

“This gives the city of Minot the opportunity to do something that’s proactive for our business community at a time that’s incredibly challenging,” he added.

Council member Lisa Olson said she senses the council seeking answers to questions that haven’t been asked yet.

“We haven’t had the opportunity to do strategic planning. I would like this body to do that first, and then, perhaps, Strong Towns is the organization we would bring in to answer some questions for us,” she said. “But tonight, I can’t support this because I don’t even know what we are going to ask them to do.”

The motion to request a proposal of Strong Towns passed 6-1, with Olson voting against.