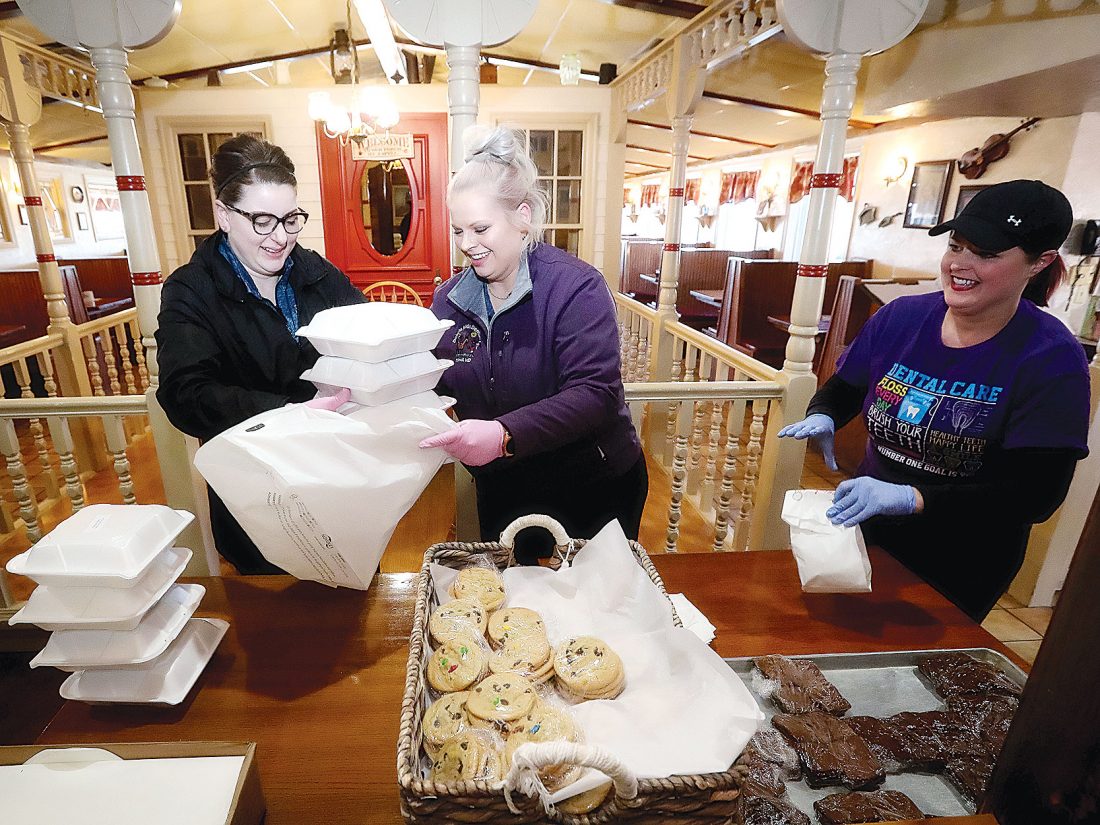 Submitted Photo From the left, Maycee Hoffman, Reeann Magandy and Michele Lewellyn pack food at Homesteaders Restaurant to hand out on Friday.

Dakota Kids Dentistry in Minot partnered with 14 different restaurants to serve 200 families during the COVID-19 pandemic.

Reeann Magandy, Personal Relations coordinator for Dakota Kids Dentistry, said Dr. Lance Behm came up with a plan on March 21 to partner with 14 restaurants to make sure members of the community have food. He discussed it with Magandy and Dr. Taylor Zmoos, and they made the calls.

They purchased enough meals to feed 200 families of four. In all, 800 meals were given out each day. The events were held in the parking lots of some of the businesses. Magandy said they didn’t want to block drive-through lanes or pick-up designated parking spaces for other patrons so they stayed off to the side.

On March 24, Subway on South Broadway gave each family six-inch subs and bags of chips, with sauces on the side. Giving the sauce packets allowed the families to choose which ones they wanted on their subs. Magandy said the line was so long that it was backed up all the way to Gate City Bank, and people began showing up as soon as the location and time were announced.

Last week, Buffalo Wild Wings gave 20 traditional and 20 boneless wings to each family, putting their two most popular sauces on them. They also got a side of chips and salsa. 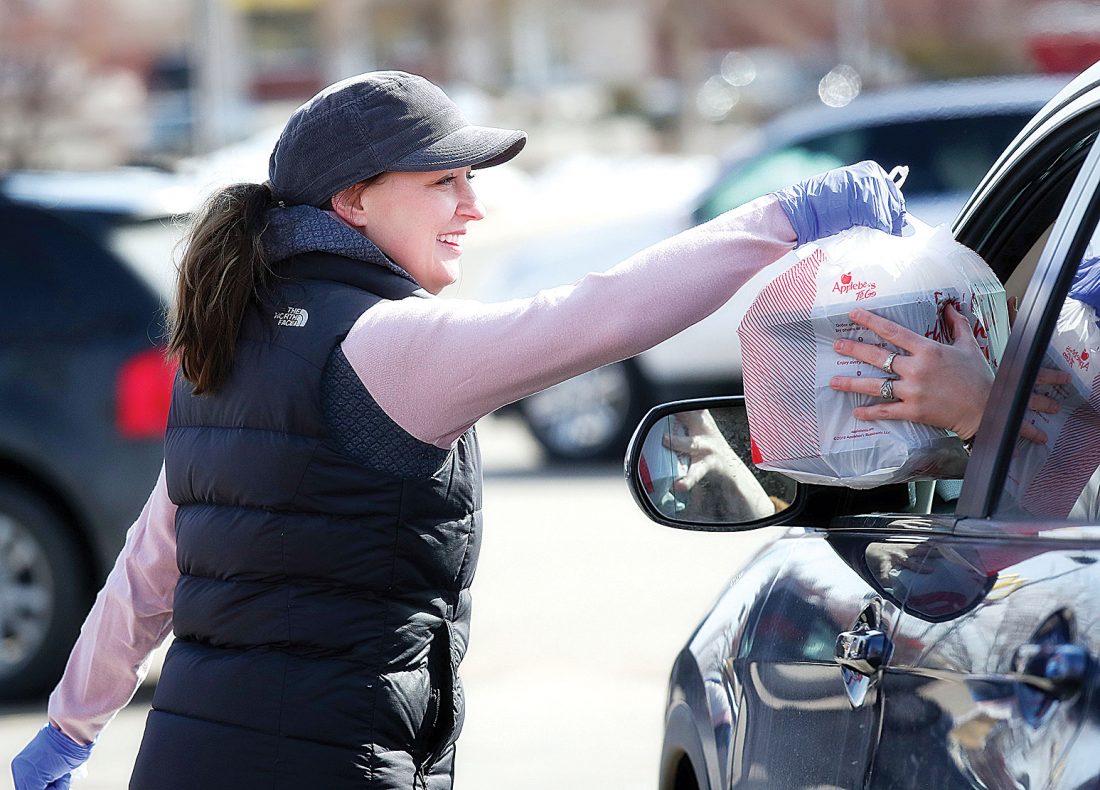 Submitted Photo Megan Enget hands a bag of food to a member of the community at Applebee’s on Wednesday.

Applebee’s prepared large orders of chicken alfredo pasta, and oriental salads with the dressings on the side for each family that arrived.

All containers of food were given to each vehicle through their window. Restaurant and Dakota Kids Dentistry staff were wearing gloves as they prepared and distributed the food. “These are crazy, unknown times. People even tried to tip us,” Magandy said. “We asked them to give that to the local food pantry.”

One other detail mentioned was that people were already paying it forward after just the first few days. “People messaged us and said they delivered the food to someone who didn’t have a vehicle or weren’t able to get there,” Magandy recalled with a smile. “So far, it’s been going really good. We’re really excited to see what the coming days will bring.”

To tell the community where and when they will be going to hold another event, Magandy will be going live on the Dakota Kids Dentistry Facebook page each day. In addition, she will give instructions on how to proceed and get in line, the restaurant’s new hours, if they are offering delivery or drive-up, how to order food and how to support their local business.

To get the word out to those who may not have computers, smartphones or maybe Facebook accounts, they rented space on electronic billboards through Dakota Outdoors that will have the restaurants’ logos on them.

Elaine Gunderson/MDN Marketplace Foods donated $5,000 to Our Lady of Grace Food Pantry along with five cases of gloves. The grocery stores also teamed up with Morelli’s Distributing to donate five cases of drinking water.

Submitted Photo From the left, Maycee Hoffman, Reeann Magandy and Michele Lewellyn pack food at Homesteaders Restaurant to hand out on Friday.

Submitted Photo Megan Enget hands a bag of food to a member of the community at Applebee’s on Wednesday. 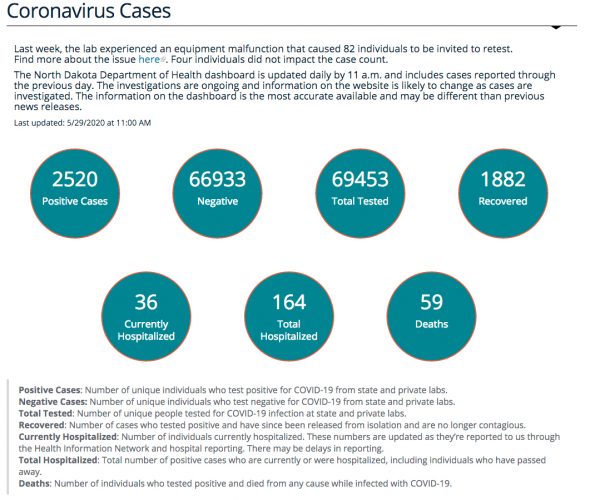