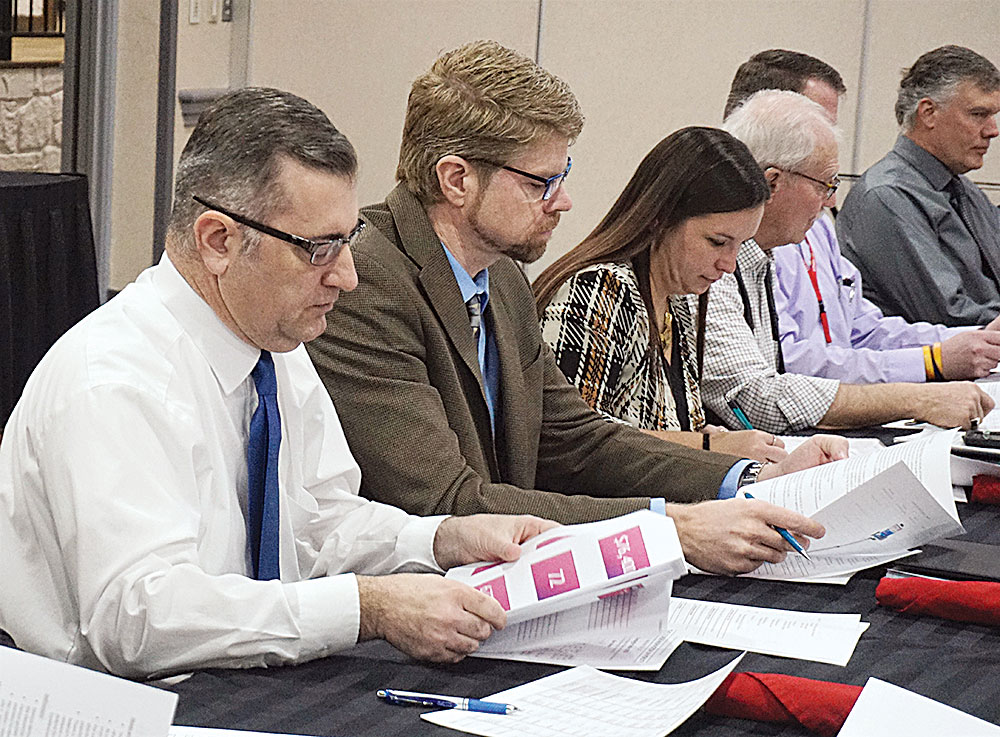 Census Day on April 1 will be marked in Minot with a family activity at Minot Municipal Auditorium as the city aims to boost the response rate for the 2020 count.

Brian Billingsley, director for Community and Economic Development for the city, spoke about census plans at the local government liaison committee meeting in Minot Wednesday. The census, 911 budget and 2020 election were topics of conversation at the meeting.

Billingsley said the goal is to increase the number of people initially responding to the census to limit the need for census workers to make follow-up visits.

“Right now the state has staffed about 50% of the census workers we need. In 2010, Minot’s self-participation rate was 78% so they feel like if we have another 78% participation rate in 2020 that we’re going to need to double our staff,” Billingsley said. “So we’re hoping to get as many people signed up with the census as possible.”

Billingsley said the goal is to increase the self-participation rate to 85% or better.

“If we can get in the upper 80s, I don’t think we have to worry about a workforce shortage,” he said.

April 1 is the official date on which the 2020 Census count will be based. Minot’s Complete Count Committee will be observing that date with family activities and food trucks from 4 to 7 p.m. at the Auditorium.

The committee also will be advertising the census on city buses and sanitation trucks, through media and social media and with grocery bag inserts. The committee will be placing 10,000 door hangers on residences around Minot State University campus, Minot Housing Authority units and Minot Air Force Base.

Local libraries will give away bookmarks, and several pizza companies will put stickers on their delivery boxes. Banners and posters are being distributed to businesses for display.

“This census is the first one in history where you can participate over the internet or phone. In the past, it’s always been done by mail,” Billingsley said. “If you do not respond by May 10, a census worker will knock on your door. They will be out until the end of July.”

Kiosks will be set up at various locations to enable people to register for the census. At various times, the portable kiosks will be at grocery stores, public schools, MSU, several churches and social service organizations.

“So we’re going to be very aggressive for a period of two months, trying to get as many people as possible,” Billingsley said.

The census determines the distribution of federal dollars in a number of areas, including nutrition programs, Medicaid, Medicare, education programs and highway construction.

In North Dakota, each person accounts for more than $1,900 a year from the federal government. Billingsley noted that translates to $19,000 lost over 10 years if a person is missed in the count. It translates to $76,400 for each family of four missed. Missing 1,000 families of four would cost the state $674 million in lost federal aid.

“So it’s important that we count every person that we can, not only in the city but statewide,” he said.

People should register their location as the place where they spend the greater share of the year. This includes foreign residents, university students and transient or temporary workers. Registering does not affect voting, tax status or other aspects of official residency but is simply a count of where people have a physical presence for most of the year.

In other business, the committee took a preliminary look at a proposed 2021 budget for 911 emergency services. The program is looking at expenses of $2.34 million, up from the 2020 budget of $2.23 million.

The budget projects collecting just over $1 million in telephone fees, or nearly the same as projected for 2020. Additional property tax dollars would be needed, though. Early estimates indicate $855,291 would need to be levied through the City of Minot and Ward County, reflecting about a 17% increase from the 2020 budget.

With respect to the 2020 election, Ward County Auditor Devra Smestad reported that voters should find the new voting machines similar to previous machines. Voters will continue to cast paper ballots. One noticeable change will be the scanning of voters’ driver’s licenses or other identification cards electronically to verify eligibility.

The bigger changes will be in the processes for election workers, Smestad said. Poll workers no longer will have to transport 35-pound scanners from the polls to the county building but will have all their election results on a flashdrive.

The new machines will get their first use in the county and across the state in the June 9 primary.