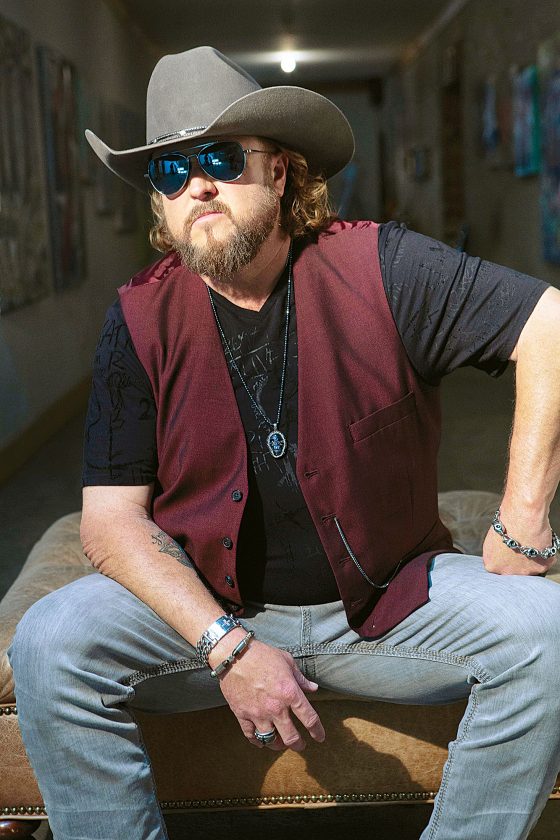 Submitted Photo Colt Ford said music is a calling to him. “We have so much fun playing every night and we play as hard as we can.”

Country artist Colt Ford will be returning to The Original Bar and Nightclub in Minot on Feb. 24.

Colt Ford had started writing his own song lyrics when he was about 7 or 8 years old. He recalled the days he was in the car with his mother and she would say a word, then he had to find one that rhymed. “It was a game we would play,” Ford said. Years later when drums became his passion, his mother would dance along with his music while she folded laundry. To this day, he still occasionally plays the drums at his shows, saying he’s truly a drummer at heart.

“It’s all about having fun up on stage. Some artists take it too seriously,” Ford stated. His concerts flow organically, just as the lyrics to his songs do. When people buy his albums, they aren’t just buying them to listen to what are considered the hit singles. “They know every word, and I would be up on stage for more than four hours to play everything,” he said with a laugh. “We have so much fun playing every night and we play as hard as we can.”

Ford also offered some words of wisdom to young and aspiring artists. “Be honest with your music. If you love it and want to play it, then do it. Don’t think about what other people may think.” He said that music is a calling to him and he chased his dream to make it a reality. Now he gets up on stage at sold out shows, like Bakersfield, Calif., and listening to the people cheering and singing along with him pulls at his heart strings. “It’s the greatest feeling and I’m humbled by that chance.”

The Original Bar and Nightclub reached out to Colt Ford and asked him if he would like to return to the Magic City to perform in their new building. Of course, he accepted the opportunity and he’s excited to be back. “It’s hard to cover every area,” Ford said of playing all over the country.

To those who may not have heard him perform live or are unsure about him, he encourages them to attend his concert and give him a chance.

Doors open at 7 p.m. and the show will begin at 9 p.m. Tickets before Monday are $25. The day of the concert, they are $30. Tickets are available at The Original, Budget Music and Video, Pacific Sound and online at tickets300.com.