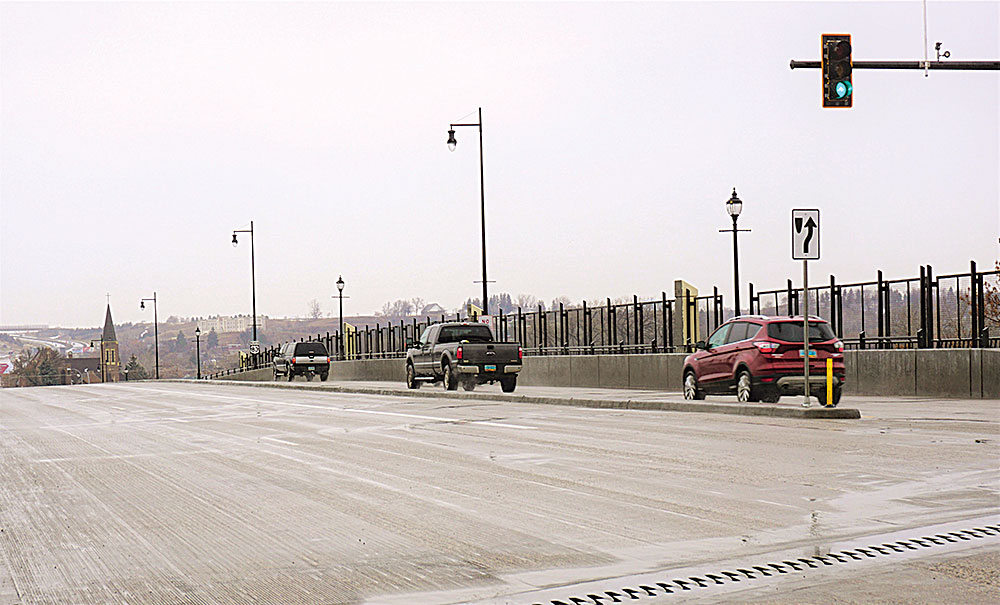 File Photo The Broadway Bridge, shown after its full opening in November 2018, received an award for concrete excellence at an industry convention.

The Broadway Bridge replacement project was recently named the 2019 Gold Star winner for excellence in concrete in the bridge category at the Ready Mix & Concrete Products Association’s annual convention.

The City of Minot, in conjunction with the North Dakota Department of Transportation, replaced the aging bridge structure, which was built in 1962, and expanded the bridge to two lanes of northbound and two lanes of southbound traffic in 1971. Lunda Construction was the general contractor, with Strata Corp. as the concrete supplier. Strata also performed the concrete work for the new roadway. The project engineering firms were Burns & McDonnell and Bartlett & West.

“The Broadway Bridge runs through the heart of our city and is vital to the everyday lives of our community’s residents,” said Minot City Engineer Lance Meyer. “We’re proud of the work done by our staff, the North Dakota Department of Transportation, and all the contractors and subcontractors, including Strata Corporation, which supplied the concrete for this project. It was a total team effort to rebuild this critical piece of our city’s infrastructure.”

The bridge was built in two phases over two years. Approximately 8,500 cubic yards of concrete were produced for the project. The project included incorporating a portion of flood wall that is being constructed as part of the Mouse River Enhanced Flood Protection Plan. The new structure is 86 feet wide with a length of 822 feet. The bridge carries about 30,000 vehicles daily.

The 2021 Ready Mix & Concrete Products Association annual convention is scheduled to be held in Minot.