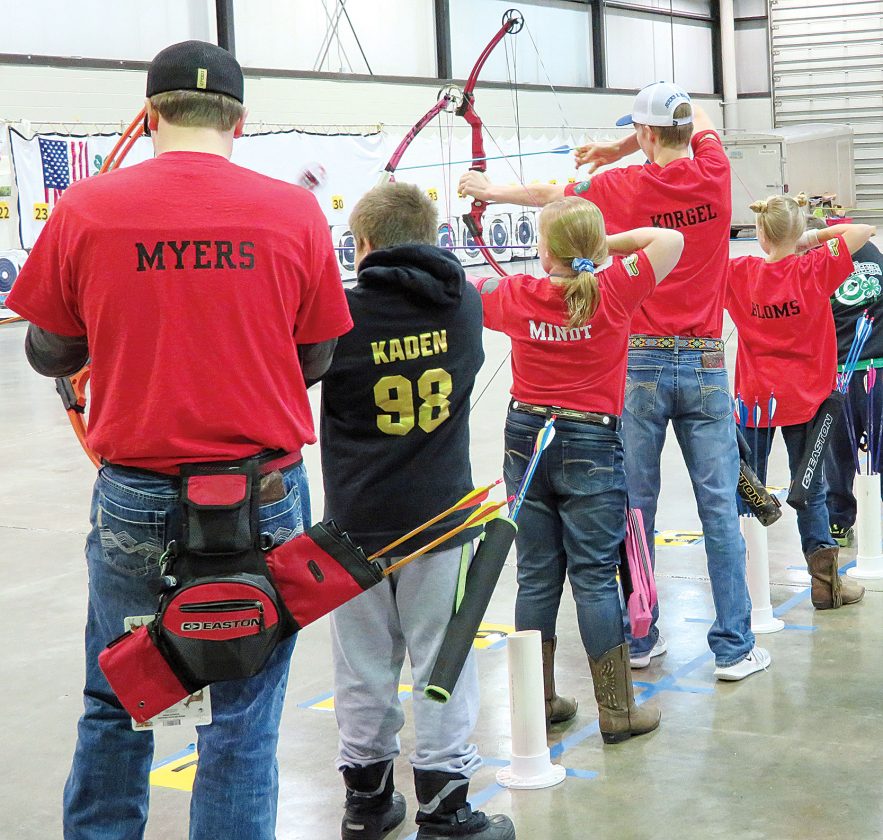 Indoor Archery Matches are split up by age and bow type divisions. Ages are Beginner 8 to 10; Junior 11 to 13; Senior 14 to 18; and Masters who are at least 14 years old and have qualified for the national contest. Barebow and Freestyle are the bow types. Barebow has no sights or releases and Freestyle has either a sight or a release. 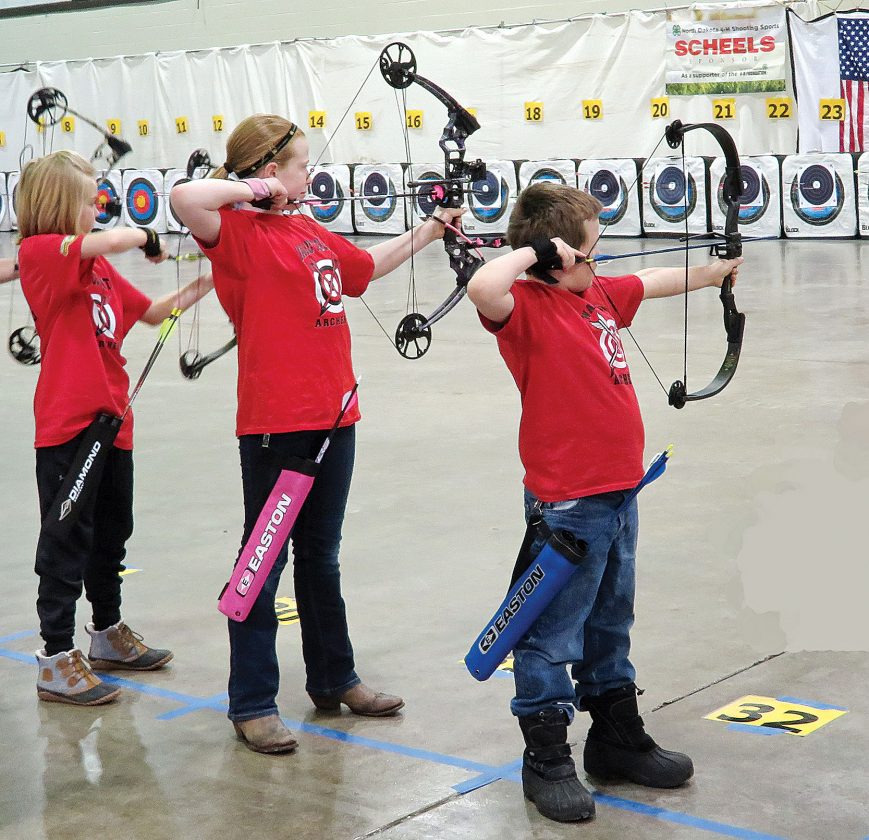 Submitted Photo All Junior and Beginner archers aim from the same distance with a leg on each side the blue line set 15 yards from the target. From left to right are Elise Helwig, Kiley Whillock and Levi Potts.

In the Beginner Barebow division Brynlee Bloms placed fourth with a score of 206. Also representing Ward County were Cheyenne Degenstein and Abrielle Michel, both from Berthold, Breanna Mindt, Beeter, Clara Potts, Lillyanna Wright, Mason Hanson and Reagan Bahnsen, all of Minot. The team of Brynlee Bloms, Degenstein, B. Mindt and Beeter earned second place in the Beginner Barebow division. 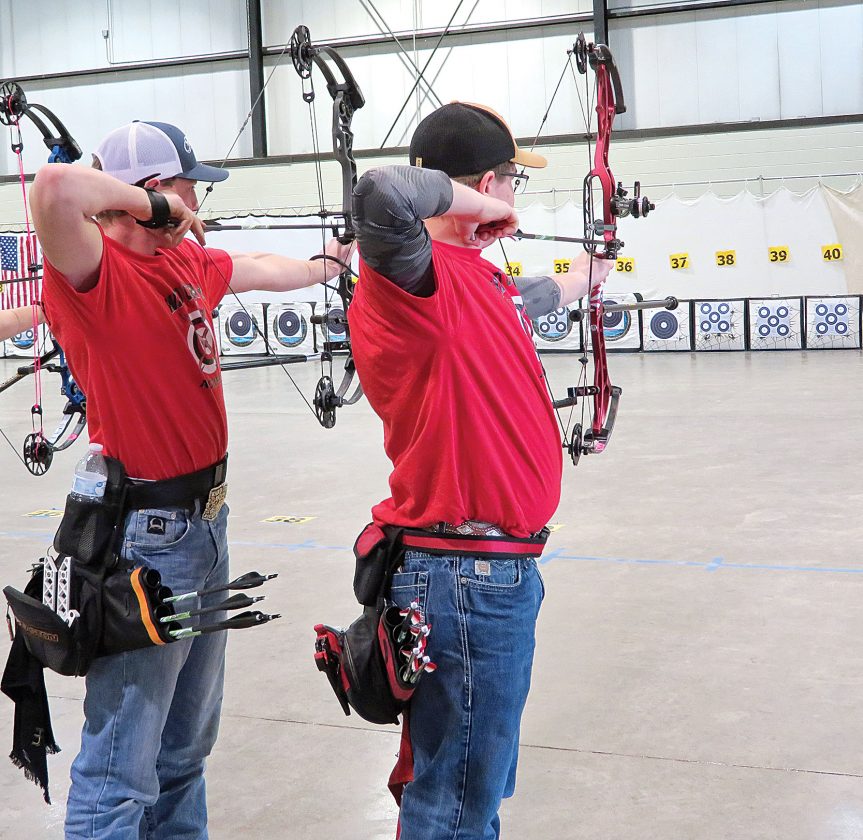 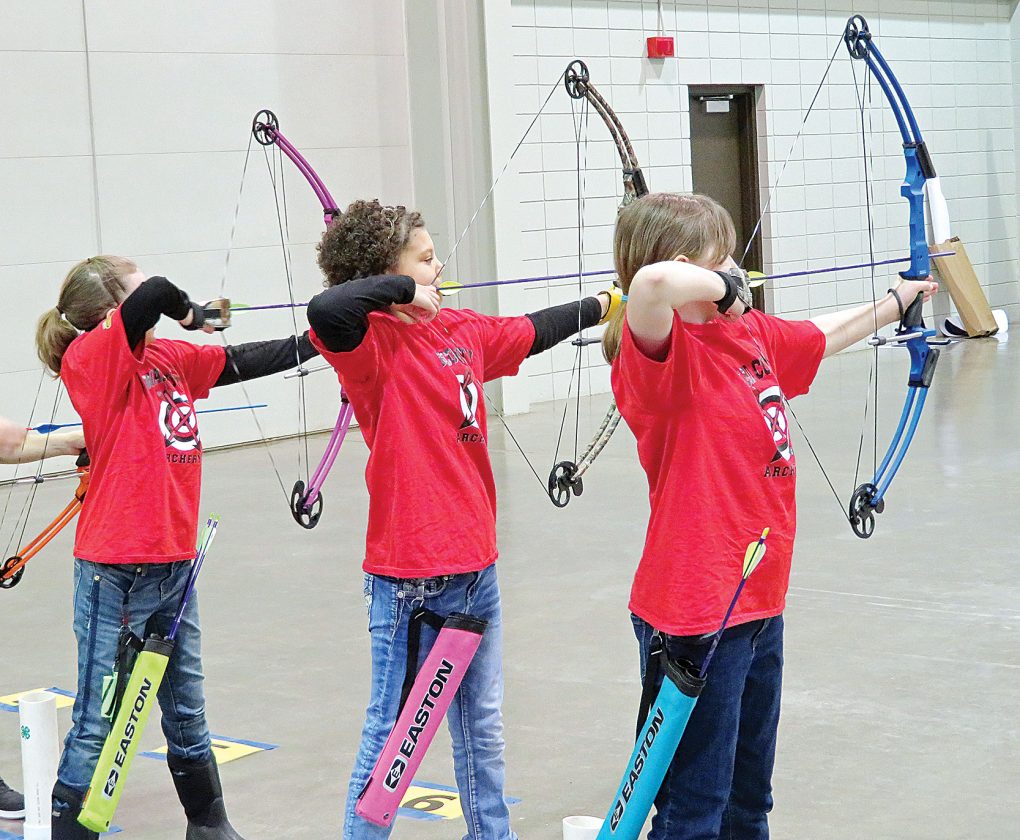