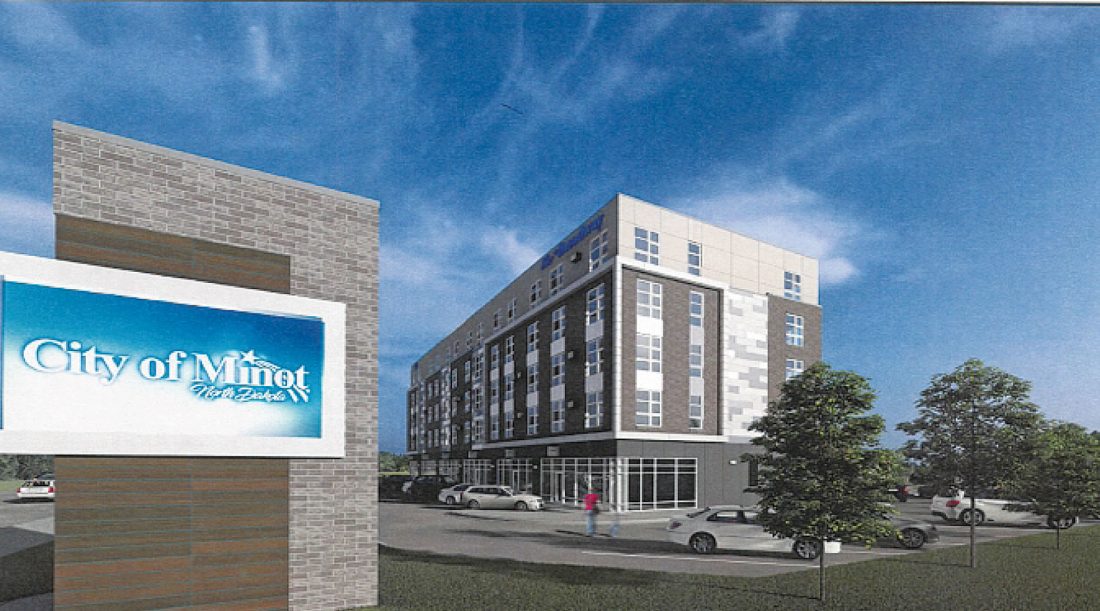 Submitted Photo An architect’s rendering of Blu on Broadway shows how the building might look on South Broadway.

A low-income housing project with ground-level commercial space will receive up to $4.75 million from Minot’s National Disaster Resilience program.

The Minot City Council on Monday approved an agreement for Blu on Broadway, a $10 million project proposed for a vacant site at 1629 S. Broadway. It includes 10,000 square feet of commercial tenant space and additional floors with 42 units of housing for low- to moderate-income tenants. The proposed construction on the former Pepsi Bottling Co. site includes an outdoor recreation space that would be open to the public.

NDR funds of $4.75 million are in the form of a forgivable loan. The project meets two goals of the NDR program to provide quality housing for LMI residents for 20 years and to leverage private investment.

In addition to the developer’s investment of about $5 million, other project support would come from the Bank of North Dakota Flex PACE program through $500,000 in interest buy down. It also will be the first project in the city to use Tax Increment Financing, which gives incentive for the developer to undertake an estimated $600,000 in street and utility improvements outside the development site. Tax Increment Financing allows taxes on the property improvements to finance public infrastructure in the area – in this case, along First Street Southwest on the east side of Broadway. Taxes on the original property value would continue to be collected for usual purposes.

Both the Flex PACE and TIF agreements are separate from the NDR developer agreement and will require separate council approval later.

“I have concerns with with some of the items,” council member Paul Pitner said, identifying the housing density and limited parking. He also questioned whether mixed use is the best use of the property.

Council member Josh Wolsky indicated his concern that a TIF wasn’t mentioned at the planning commission level but now is part of the project.

“It was represented as the developer was going to absorb the costs of the improvements. Tonight I’m hearing a different story, and it bothers me to have that story changed at this particular point in the process, because now it is the taxpayers, in a sense,” he said. “I’m going to support this project tonight, but I just continue to have problems with the manner in which we are conducting this work, and I don’t feel like the process is moving forward in a forthright and open fashion.”

The council voted 6-1, with Pitner opposed, to support the NDR funding agreement.

The council voted along the same lines to approve a developer’s agreement between the city and developer, EPIC Companies.

“One of the things that we have gained through that experience is an enormous comfort with the way we’re moving on this particular project,” Barry said. “A lot of us internally on the team have been concerned about making sure we do not repeat the mistakes of the past when it comes to developer agreements with federal funds and ending up in situations where we’re having to litigate to try to recoup money.”

He said the agreement with EPIC is “one of the most protective developer agreements in the utilization of federal funds for a project like this.”

“I’m very proud of where we’re at on this particular project and what we’ve been able to achieve with it, and I think this community is going to benefit greatly from it,” Barry added.

“We’re building quality of life. That’s what the resiliency component is for,” he said.

Minot resident Cindy Sessions agreed with Pitner in stating a housing project isn’t the best use for property along Broadway. She also asked about taxpayer funding in the project.

NDR manager John Zakian responded there are no city tax dollars but only $4.75 million in federal funds.

Specifics of the NDR agreement with EPIC include:

– No NDR funds will be released until environmental clearance has been granted by the U.S. Department of Housing and Urban Development and the developer completes detailed plans and a detailed project budget. 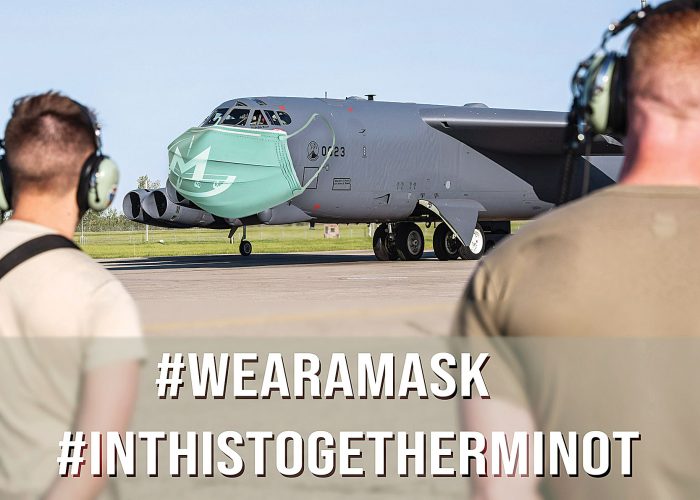 Li at his best and builds early lead at PGA Championship