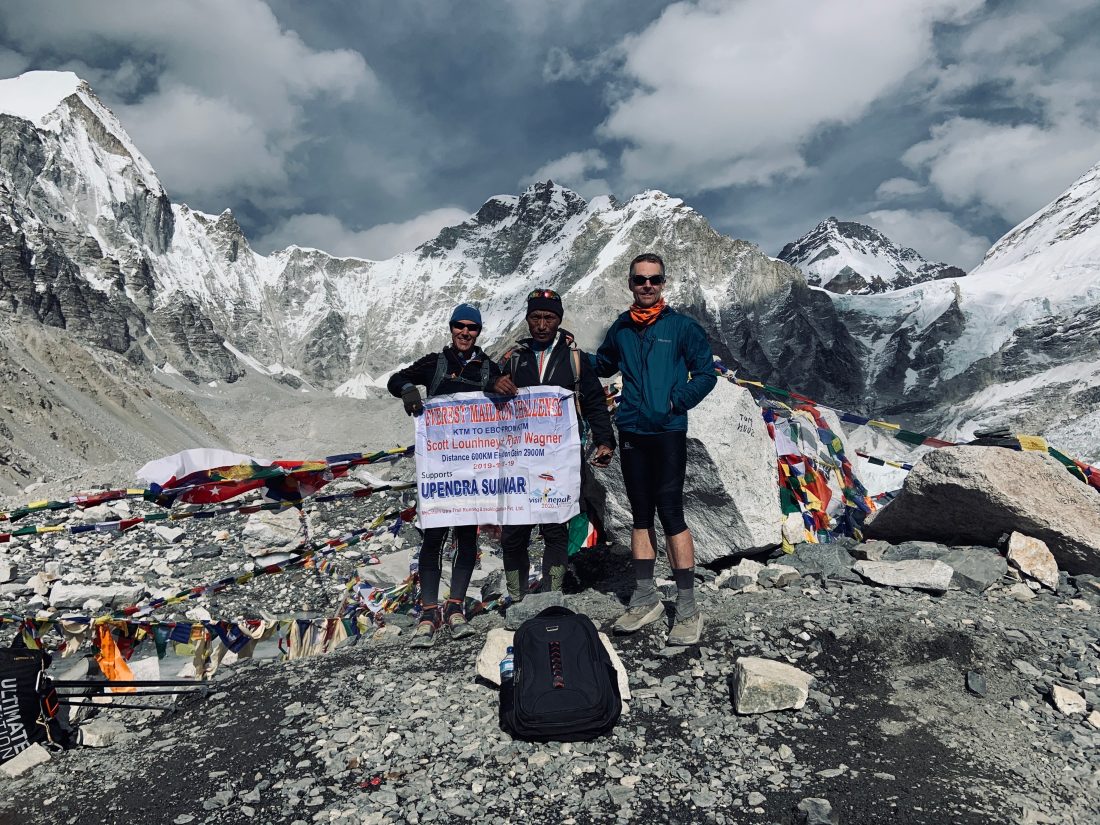 Ryan Wagner’s recent Nepal trek was definitely one for the record books.

Wagner, who lives in Makoti, and his companions, Scott Loughney, from Vancouver, Wash., and Uprendra Sunawar, from Nepal, set a world record for the fastest time in completing the Everest Mail Run last month.

The trio began their 400-mile trek from Kathmandu, Nepal, to the Everest Base Camp on Nov. 11 and completed the journey on Nov. 16. It took them 5 days, 10 hours and 46 minutes.

Their feat is recorded on the site fastestknowntime.com 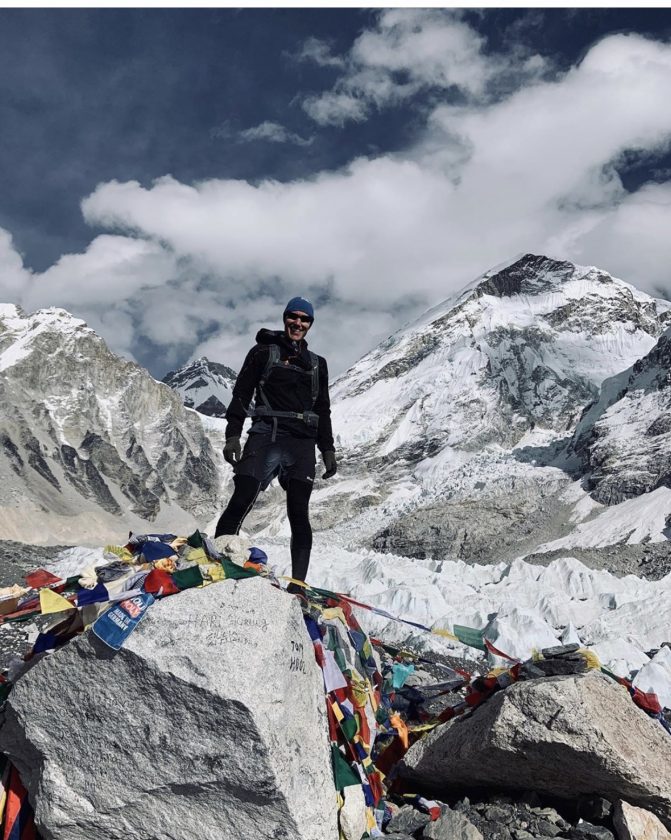 Loughney wrote about the trek on the website that “the overall Mailrun route is known for being extremely mentally and physically demanding due to its combination of high altitude and considerable variations in terrain.” He wrote that no one had ever tried to complete a round-trip journey to set a record. Lizzy Hawker from Great Britain set a record for a one-way trip in 63 hours and 8 minutes, he wrote.

Wagner said in a phone interview that this was definitely the trip of a lifetime and a grueling journey.

Wagner said the staying power it takes to complete such a trek is as much mental as physical.

The country itself is extraordinarily beautiful, he said, and the people are friendly and helpful. The trio sometimes ran for a few hours at night and wore headlamps. They stayed and ate at tea houses in the villages along the way.

Sunawar translated for them. “Without him, I don’t know if we would have been able to do it,” said Wagner.

Wagner said people in Nepal would run by on the trail, often carrying 40 or 50 pounds of supplies on their backs. The people trying to set the world record were carrying less baggage.

Wagner said he first met Loughney at a race in Washington back in 2017 and they then ran together at another race in California the following year. Over the next year, they stayed in contact and tried to arrange for the trip to Nepal and their attempt at setting a record in the round trip for the Everest Mail Run. It is called that because people used to use that route to bring mail back at the Everest Base Camp.

It took quite a bit of doing to arrange for the trip and the trip to Nepal was a long journey in itself, taking him from Bismarck to Denver to San Francisco to Hong Kong and then on to Kathmundu. Wagner said his wife and children have been very supportive of his running. His employer, the Three Affiliated Tribes in Twin Buttes, also gave him all the time off he needed for the trek.

Wagner said he got a late start running and only did his first marathon a little more than 10 years ago. Now he is a world record-setter.

Submitted Photo A drone pilot with SkySkopes works with a UAS at an oilfield site.

Kim Fundingsland/MDN This tombstone and iron cross are located in what is known as the Three Graves Cemetery in McLean County. While the tombstone bears an inscription of the deceased, there is no such identification on the cross.

Kim Fundingsland/MDN One of only two tombstones in Three Graves Cemetery is that of Jens H. Kins who died just two weeks shy of his 79th birthday. The brick-like stone at the base of the tombstone at one time was used as a foot marker for the grave.

Results listed are from the previous day. POSITIVE TEST RESULTS Woman in her 20s from Burleigh County, ...

Library in the ‘New Normal’

What happens when a public library can’t open its doors to the public? That’s a question the Minot Public ...

PEMBINA – Due to a significant reduction in privately owned vehicle and pedestrian traffic along our northern ...

James Richard Kremer, 40, Minot, is asking the North Dakota Supreme Court to let him withdraw his guilty plea to ...

What you can do to help

Amid the global pandemic, it’s hard to think of anything to discuss other than the “coronavirus crisis” ...

Prom, graduation still on for now in Minot Public Schools