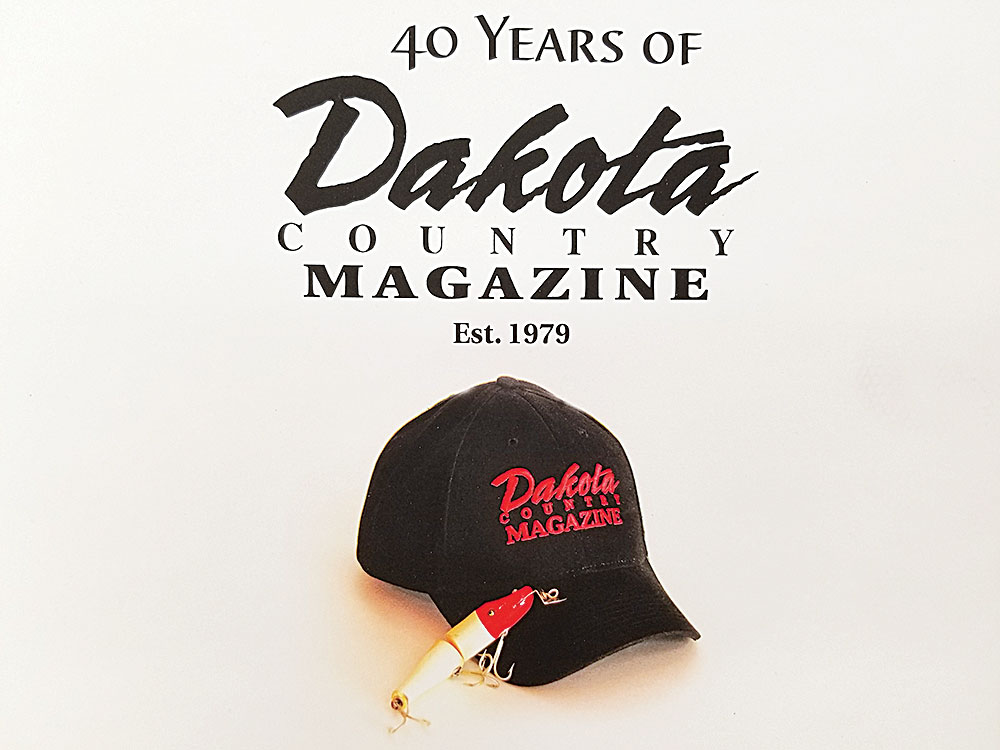 It is a look at the past that documents the evolution of the outdoors in North Dakota, compiled by a man uniquely qualified to do so. “40 Years of Dakota County” is the work of Bill Mitzel, longtime publisher of the outdoors magazine of the same name that is well known to sportsmen and outdoor enthusiasts.

Mitzel’s book is comprised of hundreds of outdoor issues and events that brought us to where we are today. Vividly illustrated, “40 Years of Dakota Country” is a valuable history of our fast changing landscape and those who have played an integral part in our great outdoors.

Dakota Country magazine was acquired by Mitzel after its first year of existence. It was April of 1979. The previous owners were uncertain about the future of their venture and Mitzel saw an opportunity.

“They abandoned it. I heard about it and jumped all over it,” recalled Mitzel.

So began his journey of 40 years covering outdoors issues and events in North Dakota and South Dakota. A big change in the magazine came in the mid-’80s when printing went from black and white to color. While color photography dominates Mitzel’s book, some of those early black and white photographs are included too. All are treasures that help tell the story of then and now outdoors in North Dakota.

“I wanted wildlife and wild pictures, animals and birds and open territory,” said Mitzel. “When I can stand on a butte somewhere and look 30 to 40 miles, that’s awesome.”

When reading or paging through “40 Years of Dakota Country,” what becomes readily apparent is how much change has occurred in such a short period of time. It is a valuable documentation of how our outdoors has evolved in recent years from changing landscape to wildlife management and the people who have played influential roles in shaping our great outdoors.

Among Mitzel’s favorite inclusions in the book is a tribute to longtime outdoor personality Tony Dean, written by Dr. Cleve Trimble. Dean passed away unexpectedly in 2009.

“He and the doctor were good friends,” said Mitzel. “That tribute was so beautiful, just great. Very inspiring.”

Another person highlighted in the book is Dale Hennegar. Hennegar was fisheries chief before becoming director of the North Dakota Game and Fish Department.

“From his beginning in 1949 the department had nothing but a small boat,” said Mitzel. “He had his own 5- or 10-horsepower motor and used that to survey all the lakes in North Dakota and did it all by himself.”

At the time, the dominant fish species in the state, said Mitzel, was northern pike and carp. In “40 Years of Dakota Country,” the pioneering work done by Hennegar is documented.

“He was a visionary and a risk taker,” said Mitzel. “He built small lakes. He got it done. It was amazing. I’ll always maintain that he was responsible for the fishing we have today.”

Readers of the book will learn much of the past history of North Dakota outdoors and be able to follow a path leading to the present. In doing so, Mitzel’s publication answers many questions as to how and why many outdoor concerns have arrived at where they are today. It is a both an entertaining and valuable resource for sportsmen or anyone interested in North Dakota.

“Things change as you get older. You understand the value of the outdoors more,” stated Mitzel. “I just wish people would come to truly respect our culture here.”

The “culture” referred to by Mitzel is evident throughout the book, not by a single event or writing, but by the sum total of the publication. The reader will enjoy and relate to many of the stories and photographs, become enlightened by others and, perhaps, even saddened by the details of rapid and substantial changes that have happened over a relatively short period of time.

“It had to be recorded. It had to be documented into one piece of work somewhere,” remarked Mitzel. “It had to be put in one report. I’m glad I did it and I’m pleased with it. I hope a lot of people will enjoy it.”