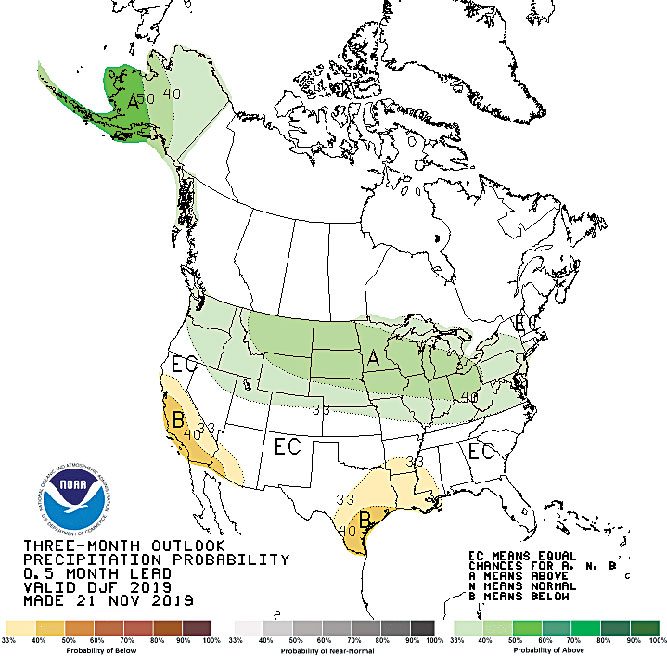 Keep gasoline in your snowblower and your snow shovel within reach. That’s the take-away from the latest three-month weather forecast for the Northern Plains as issued by the Climate Prediction Center. The CPC outlook was made public yesterday.

The precipitation outlook, for December through February, says the CPC, “favors above-normal seasonal total precipitation amounts for Alaska and much of the northern tier of the contiguous United States.”

The northern tier referred to by the CPC includes all of North Dakota. According to the outlook the state’s chances of above-normal snowfall Dec.-Feb. is roughly 40%. Of course, long-range weather forecasting is always subject to change and conditions can vary greatly depending on a variety of factors such as where the major impact areas of snowstorms may occur.

Much of the outlook is based on oceanic and atmospheric conditions in the equatorial Pacific Ocean. It is there that sea surface temperatures generate a big influence on winter weather across the United States, such as when a La Nina or El Nino is declared. Currently, says the CPC, those sea surface temperatures are neutral and “these conditions are forecast to continue through the winter and spring of 2019-2020.”

The temperature forecast for Dec.-Feb. issued by the CPC reflects the neutral conditions in the equatorial Pacific. The north-central U.S., which includes all of North Dakota, is given “equal chances” of above or below normal temperatures through the period.

For the month of December, says the CPC, the outlook is very similar to the Dec.-Feb. forecast. Minot’s forecast for the remainder of November calls for daytime high temperatures to top 40 degrees through the weekend with a high in the mid-30’s on Monday. Daytime highs in the 20’s and upper teens is forecast for later next week. Average daytime highs for the period is about 30 degrees.

Minot’s precipitation total for the year, through Thursday, is 22.76 inches which places ninth all-time and a mere hundredth of an inch out of eighth place. Normal yearly precipitation for Minot is 19.19 inches.

According to the latest short-range outlooks issued by the CPC there is a 60% chance of Minot receiving additional precipitation in the final days of November and a 50% chance of doing so in the first days of December. 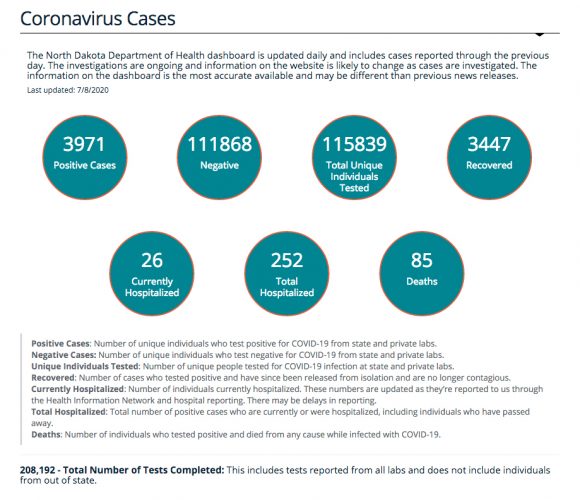 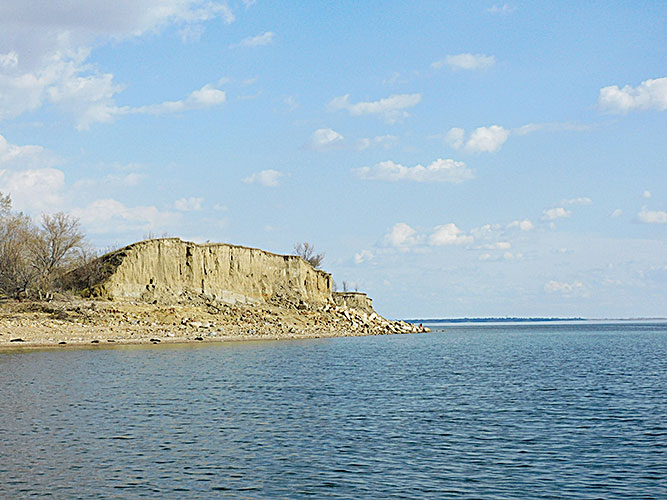