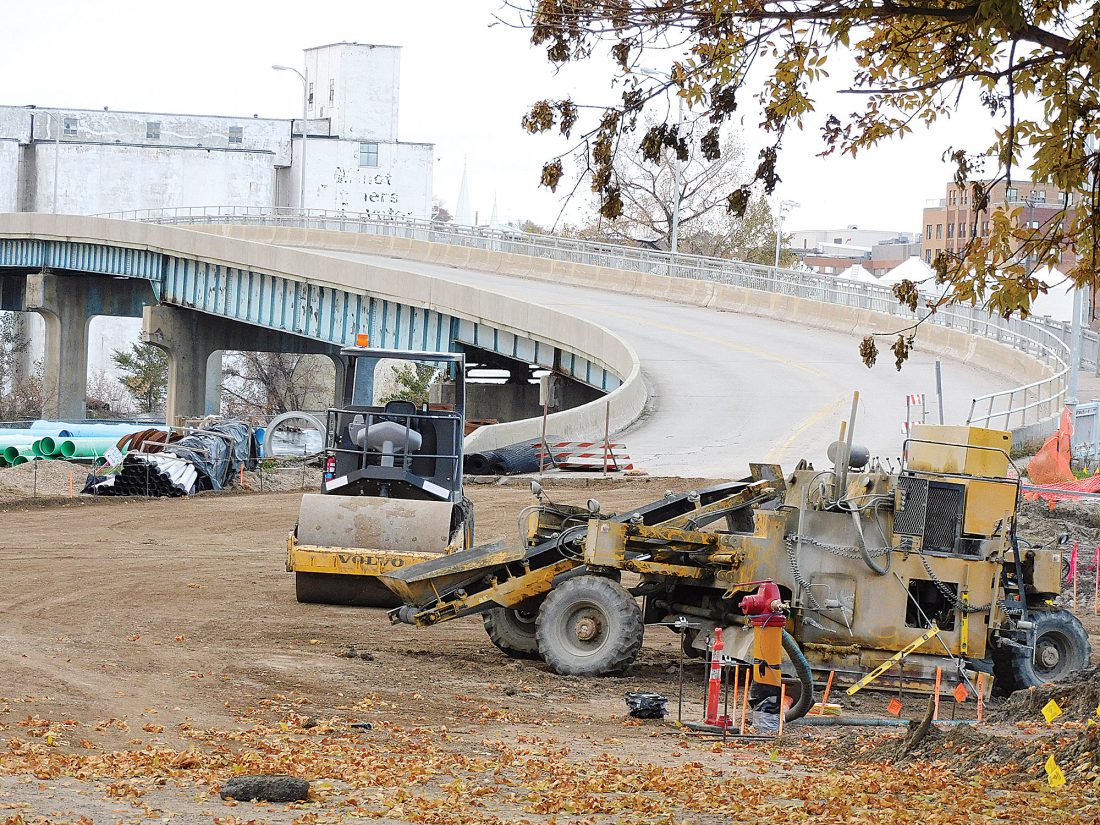 Kim Fundingsland/MDN Construction on the north end of the Third Street viaduct has seen several delays attributed to wet weather and is lagging behind schedule. It is now hoped the project will be completed and viaduct re-opened in early November.

Minot’s Third Street viaduct wasn’t supposed to be closed this long, but it still is. The reason for the closure is that flood control project construction at the north end of the viaduct has repeatedly been delayed by wet weather.

“September rain kind of backed it up,” said Mark Lyman, construction spokesman. “What they are looking at now is to pour concrete curb and gutter.”

Although the Third Street viaduct is not part of the construction project, no traffic has been able to flow over it due to excavation at an intersection on the north side of the bridge. The work involves underground installation of a new water main, sanitary sewer lines and storm water tunnels. All are part of the city’s flood control project.

The re-opening of Third Street will be welcome news for many who use the heavily traveled north-south artery through the city several times daily. Much of the traffic normally using Third Street has had to detour to Broadway, a roadway which has also seen closures and limited lane use to to on-going construction.

“The weather has been a nuisance to put it mildly,” said Derek Hackett, City of Minot public information director. “Third Street really puts a lot of pressure on Broadway. Broadway becomes the only way to go north and south. It really impacts the motorists the most.”

When the curb and gutter portion of the project is complete, the section of Third Street that was torn up to allow the placing of underground utilities will have to be re-surfaced. That will involve asphalt paving before the viaduct can be opened up for traffic as usual. It was originally hoped the Third Street project would be completed in mid-October.