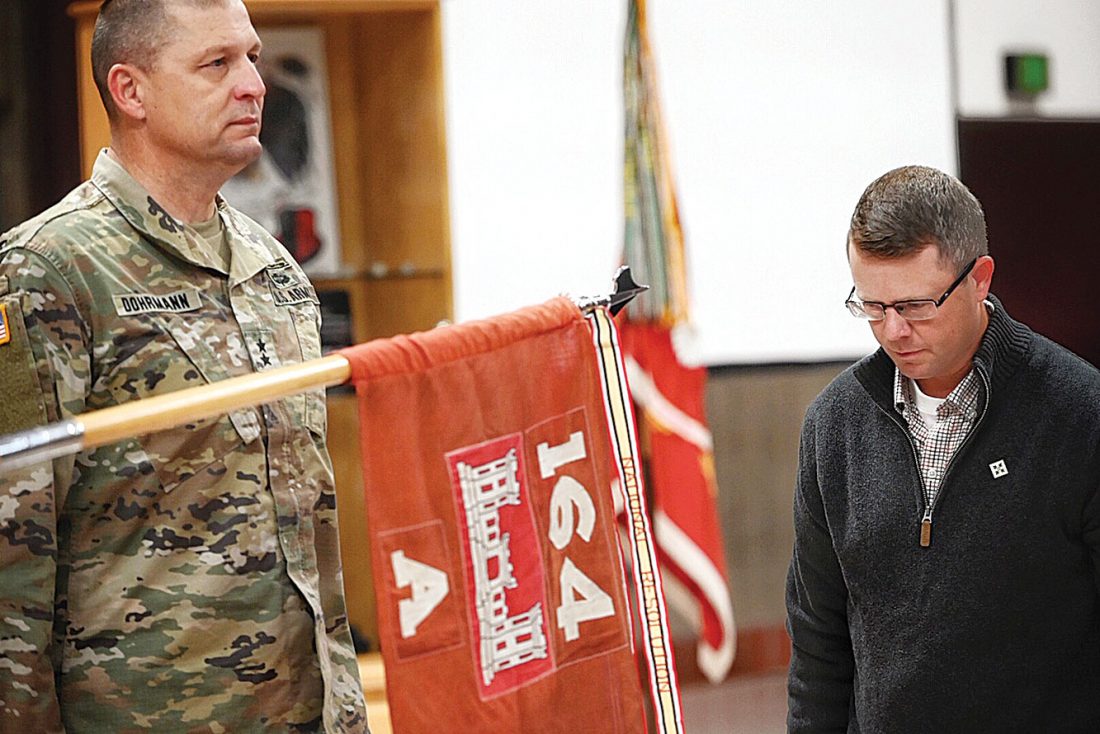 Minot-based Company A, 164th Engineer Battalion, was awarded the Valorous Unit Award Saturday for members’ actions during their deployment in support of Operation Iraqi Freedom November 2005 to November 2006.

The award, presented by Maj. Gen. Al Dohrmann, adjutant general, is the second highest military unit decoration awarded to units who display extraordinary heroism against an armed enemy of the United States.

Sen. John Hoeven, R-ND, was on hand to congratulate the unit and present members with a flag flown over the U.S. Capitol. As governor in 2006, Hoeven had traveled to Iraq to visit these service members.

“This unit has helped make the world a safer place for all of us, and we continue to be grateful for their patriotism and sacrifice. They have truly earned the distinction awarded to them today, and they stand as a great reminder of why we continue to work to strengthen the benefits and support given to our Guard members,” Hoeven said.

While stationed in Iraq, the battalion of 122 soldiers covered more than 85,000 miles in 934 patrols in its main mission to clear and ensure safe supply routes used by friendly forces. These efforts resulted in successfully disposing of more than 450 IEDs. 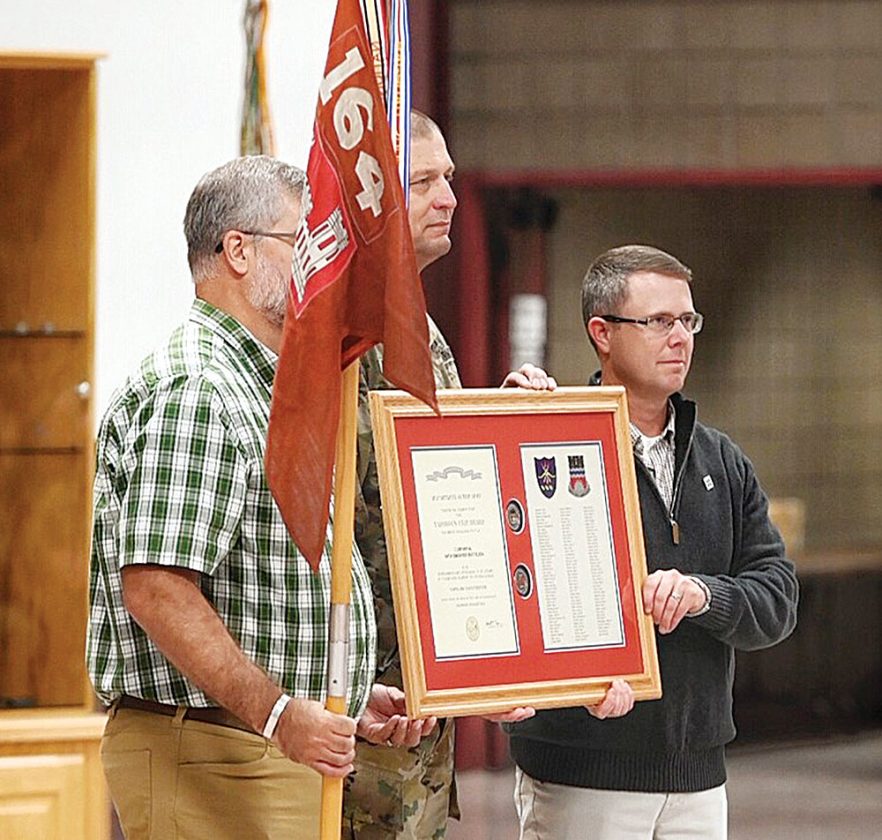 Company A suffered one loss. Spc. Michael Hermanson, 21, of Fargo, died of injuries sustained when his mine-protected vehicle came encountered an improvised explosive device, rocket-propelled grenade and enemy small arms fire while on a route-clearing mission.

The company was deployed as a separate unit and served under the command of the 110th Engineer Battalion of the Missouri Army National Guard.

The unit was commanded by Maj. Jason Steckler and the senior enlisted leader was Command Sgt. Maj. Steven Palmer.

Soldiers who were members of A Company during the period of time recognized by the award may wear the award permanently on their dress uniforms. On Sept 2, 2008, Company A was converted to Forward Support Company, 164th Engineer Battalion. 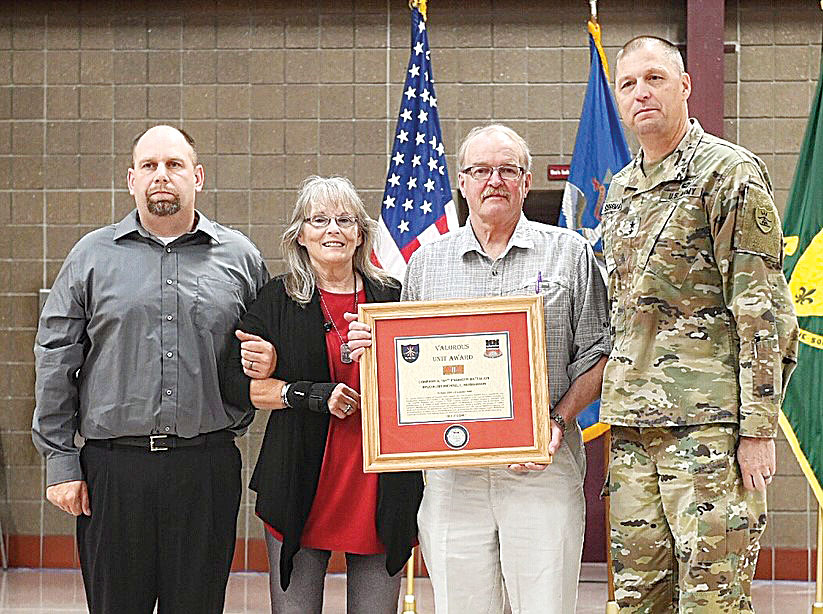 Submitted Photo Maj. Gen. Al Dohrmann presents Sharlotta and Lane Hermanson a plaque and ribbon for their son Spc. Michael Hermanson, who was killed in action May 23, 2006.