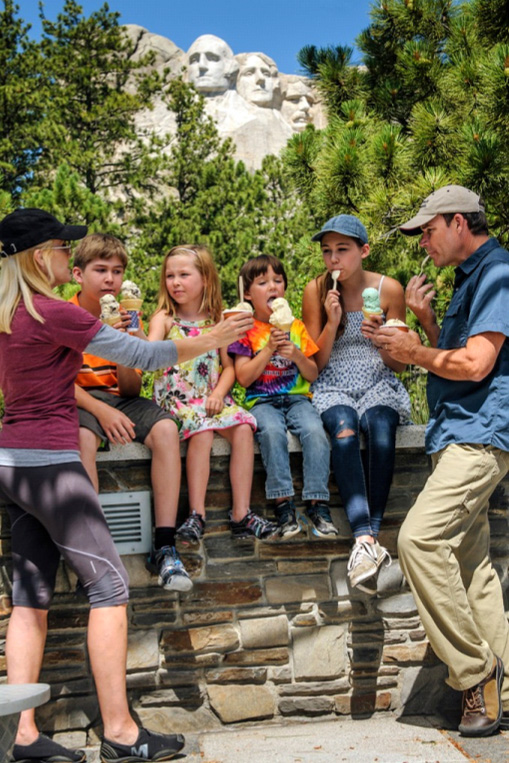 BOTTINEAU – It is the number one selling ice cream at famed Mount Rushmore in South Dakota. One taste confirms the reason why. Oh my goodness is that stuff ever good!

Call it perfection in a cone, or a cup. It’s a taste unlike any other found in vanilla ice cream and it’s manufactured at Pride Dairy. Utilizing a recipe from 1780, written by the same man who penned the Declaration of Independence, Pride Dairy has shipped thousands of two and one-half gallon pails of the refreshing treat to Mount Rushmore where it is extremely popular with visitors.

“We are approaching half a million servings,” said Lloyd Shelton, food and beverage director at the National Monument. “People say things like it is the best ice cream they’ve ever tasted and that it is a national treasure. It’s hugely popular.”

The vanilla ice cream sold at the Memorial Team Ice Cream Station comes from a recipe that exists in the Library of Congress. It was written by none other than President Thomas Jefferson. The product made at Pride Dairy is labeled “Thomas Jefferson Vintage Vanilla Ice Cream”.

“We make it fresh on a weekly basis,” said Kriss Allard, owner of Pride Dairy. “We’re the last ice cream manufacturer in the state of North Dakota. We sent our first order to Mount Rushmore in 2012.” 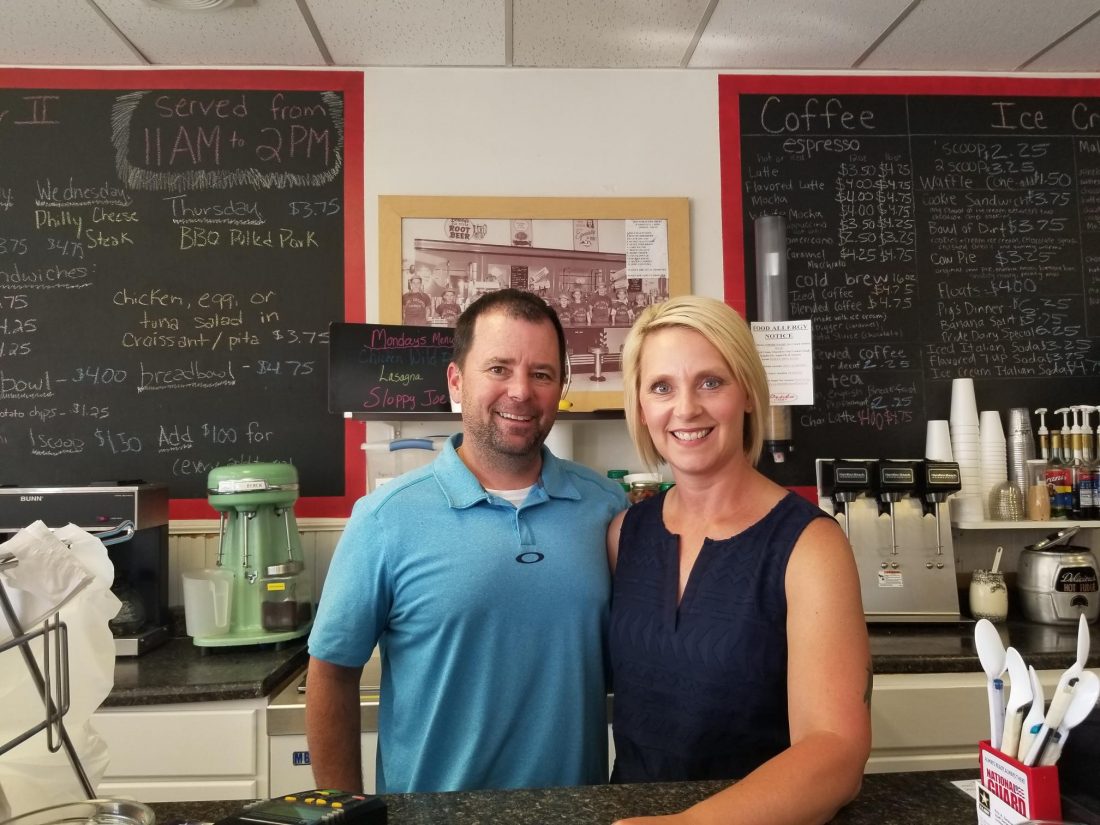 Submitted photograph Owners Kriss and Tonya Allard operate the Dairy Dipper inside Pride Dairy of Bottineau where several varieties of locally made ice cream are served.

Former CBS news anchor Dan Rather visited Mount Rushmore in July 2017. A self-proclaimed connoisseur of ice cream, Rather made certain he took the opportunity to taste Pride Dairy’s Thomas Jefferson specialty. He called the experience the “best moment of the whole trip”, and added that “this may be the best ice cream I’ve ever tasted.”

Many others share Rather’s enthusiasm about the product. Philip Anschutz, the owner of Xanterra Travel that owns the food and beverage rights at Mt. Rushmore, recently visited the site and, for the first time, tasted Thomas Jefferson ice cream.

“He loved it so much he wants to have it available for his four star resort in Death Valley,” said Allard. “We just need to figure out how to get it there.”

That Pride Dairy was chosen as the supplier of Thomas Jefferson ice cream is quite an accomplishment in itself. Several large ice cream makers were approached to duplicate the product and assure timely shipment of it to Mount Rushmore. As it turned out, Pride Dairy was the best choice.

“A lot of people wanted to make that ice cream for us but the logistics was the hard part,” said Shelton. “Pride Dairy said they could make it right and get it to us. It’s just been great.”

The Memorial Team Ice Cream Station says the popular and cool product is “extraordinarily rich ice cream that gets its sweet vanilla flavor from vanilla beans sourced from where Mr. Jefferson would have gotten them in his day”.

“That was kind of neat when going up against the big guys,” said Allard. “The toughest part is the volatile vanilla market. The prices can triple from one month to the next.”

Allard isn’t talking about just any vanilla bean. Thomas Jefferson ice cream requires vanilla beans grown in Madagascar, the same place Jefferson would have gotten them in his time. It is those beans that help give the special recipe its incredibly wonderful taste that is unlike other vanilla ice creams. It is little wonder that Jefferson coveted his remarkable recipe.

“He used to serve it to dignitaries when he was in office years and years ago,” said Allard.

No doubt those dignitaries who dined in the White House with Jefferson never forgot the sweet and unique taste of his very special vanilla ice cream. The same can be said for visitors who try the presidential ice cream at Mount Rushmore today, a product that helps put the pride in Pride Dairy.

Jill Schramm/MDN Joe Goldade, at his home July 29, participated in Army Alaskan maneuvers in the 1950s that are little remembered today.

Submitted photograph Owners Kriss and Tonya Allard operate the Dairy Dipper inside Pride Dairy of Bottineau where several varieties of locally made ice cream are served.

Ashton Gerard/MDN Preferred Restaurant Group will be bringing Slim Chickens to Minot in October. The restaurant will occupy what used to be SuduWOK at 1416 South Broadway.