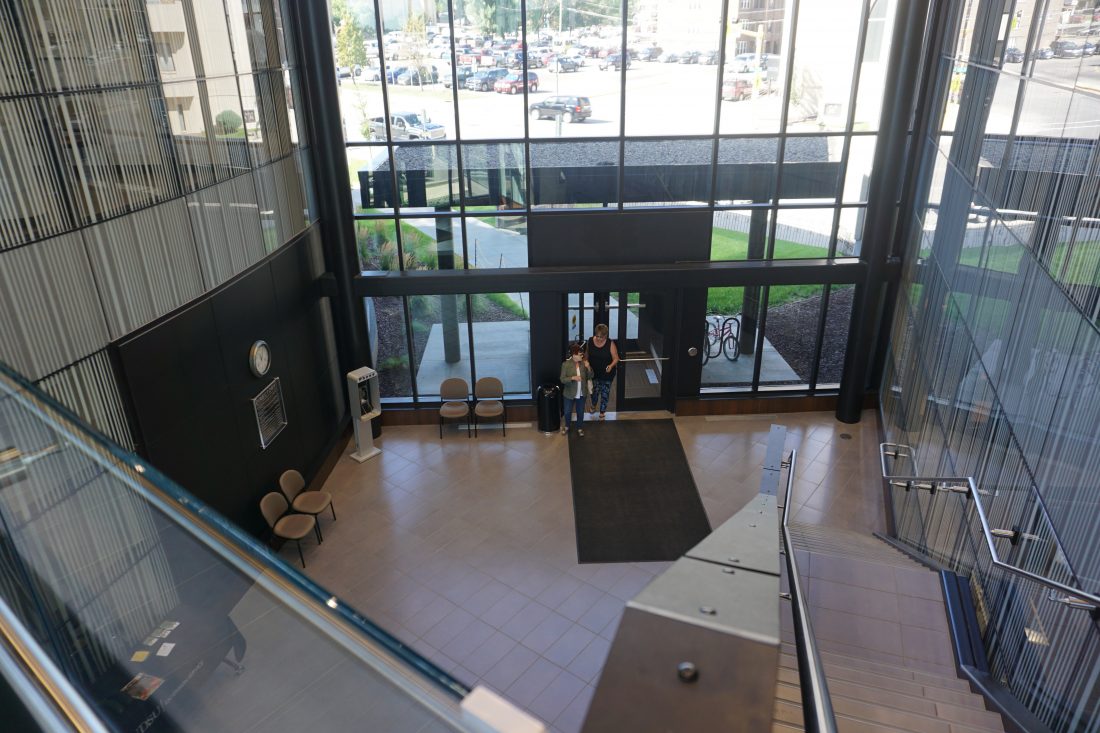 Jill Schramm/MDN The Ward County Administration Building was constructed through bonding, along with a jail expansion and remodeling and Courthouse remodeling.

Ward County voters may be asked next June to extend the county’s half percent sales tax.

The Ward County Commission agreed Tuesday to begin work on a ballot measure to present to primary election voters that would extend the sales tax, which sunsets at the end of 2022. The commission didn’t set a specific time frame for the extension, although it indicated the tax would need to continue until construction bonds are paid off, at least until 2026.

Bond consultant Myron Knutson met with the commission to discuss possible refinancing of two of the county’s three sales tax-backed construction bonds. The county’s 2013 and 2015 bonds will become eligible for refinancing in April, so preparations would need to start in January.

The lower interest rate gained with refinancing and restructuring would save the county about $397,000, Knutson said.

Knutson presented information showing existing payment on county bonds of about $7.5 million through 2023 before dropping prior to final pay off. He suggested the commission consider restructuring the bonds to better match the sales tax revenues, which have been running about $6 million a year.

County Auditor Devra Smestad said collections so far this year are up $200,000 over the same period last year. However, collections at times in recent years have been lower than the average the county estimates it needs to make bond payments.

Commissioner John Fjeldahl said refinancing bonds and extending the sales tax could eliminate the need for future property taxes to ensure there’s adequate money to make the payments. The proposed 2020 budget includes 3 mills, or $1 million, to back up the sales tax.

Fjeldahl initiated the idea of placing a measure on the June primary ballot.

“If it passes – and the people see the common sense in doing this, I hope – that three mills would go away in next year’s budget. That’s what I’d like to see,” he said.

The commission voted to begin the refinancing process in January. Refinancing and restructuring won’t eliminate the need for the three mills of property tax in the 2020 budget but could help address the funding shortfall going forward from 2020.

Fjeldahl also mentioned the county has spent only $3 million of the $10 for highway projects promised to voters when they passed the sales tax in 2012. A sales tax extension could enable the county to provide the remaining $7 million without borrowing, he said.

“It would fulfill the original vote. We’re not going to be able to do this with our sales taxes the way they are today,” he said.