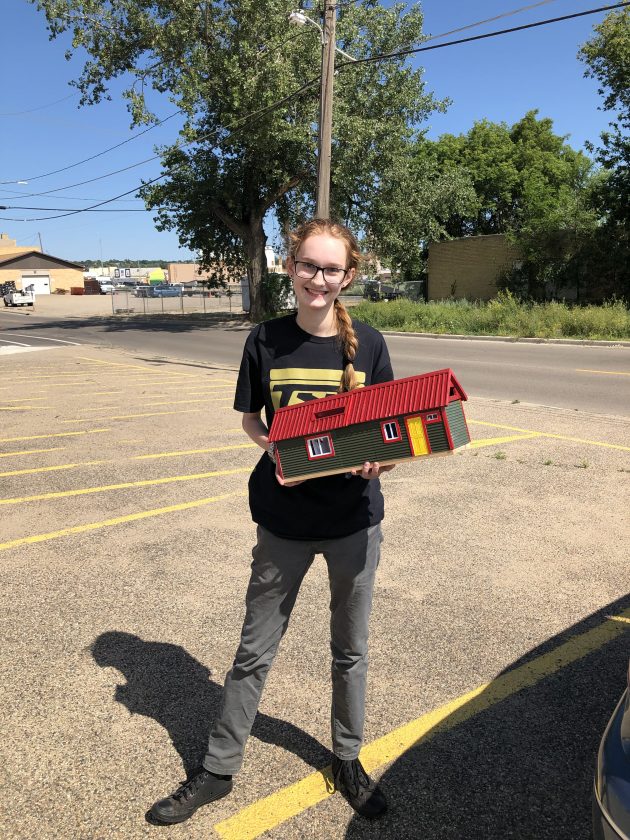 Shyanne Belzer/MDN Audrey Davenport was the only Minot student to attend the National Technology Student Association Conference. She attended to take part in the Architecture competition, creating the house she is holding.

Last month around 8,500 students nationwide took part in the National Technology Student Association Conference. Of those students, around 50 competed in the Architectural Design competition, and one competitor was Minot student Audrey Davenport.

Davenport created an emergency homing unit for the competition. Her hard work paid off when she placed eighth in the nation in her first time at the TSA Conference.

Davenport never planned to be a part of TSA until she took her first tech class in eighth grade. She chose the class over other electives because she prefers more hands-on work and quickly found something special.

“I took one tech class my eighth grade year and my teacher said I should do TSA, so I did, and I really liked it, so I did it my freshman year and I got third in the state for Architectural Design,” she said. 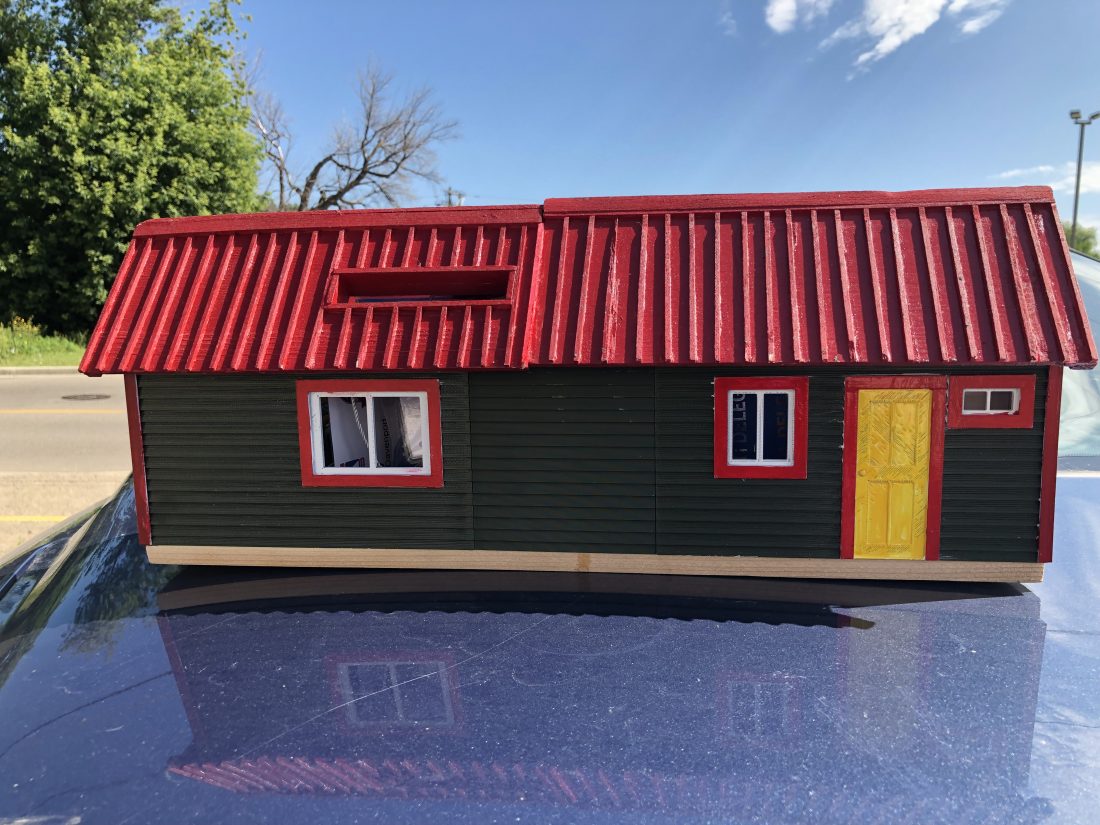 Shyanne Belzer/MDN Audrey Davenport created a 3D replica of a house she planned for the TSA Conference. The house is a design for emergency housing and was almost entirely 3D printed and put together.

Davenport will be attending Magic City Campus in the fall as a junior and plans to continue taking part in the competitions.

Originally she wanted to become a teacher, but now Davenport’s goal is to become an architect, with a goal to design houses and, hopefully, a monument someday.

For the TSA conference, Davenport began working on her project in November.

“We had to make a design of a house on a computer, a hand drawing and then build a model for the house,” she explained.

She had to have the project done by March for the state competition, then quickly had to make revisions for the big TSA competition. 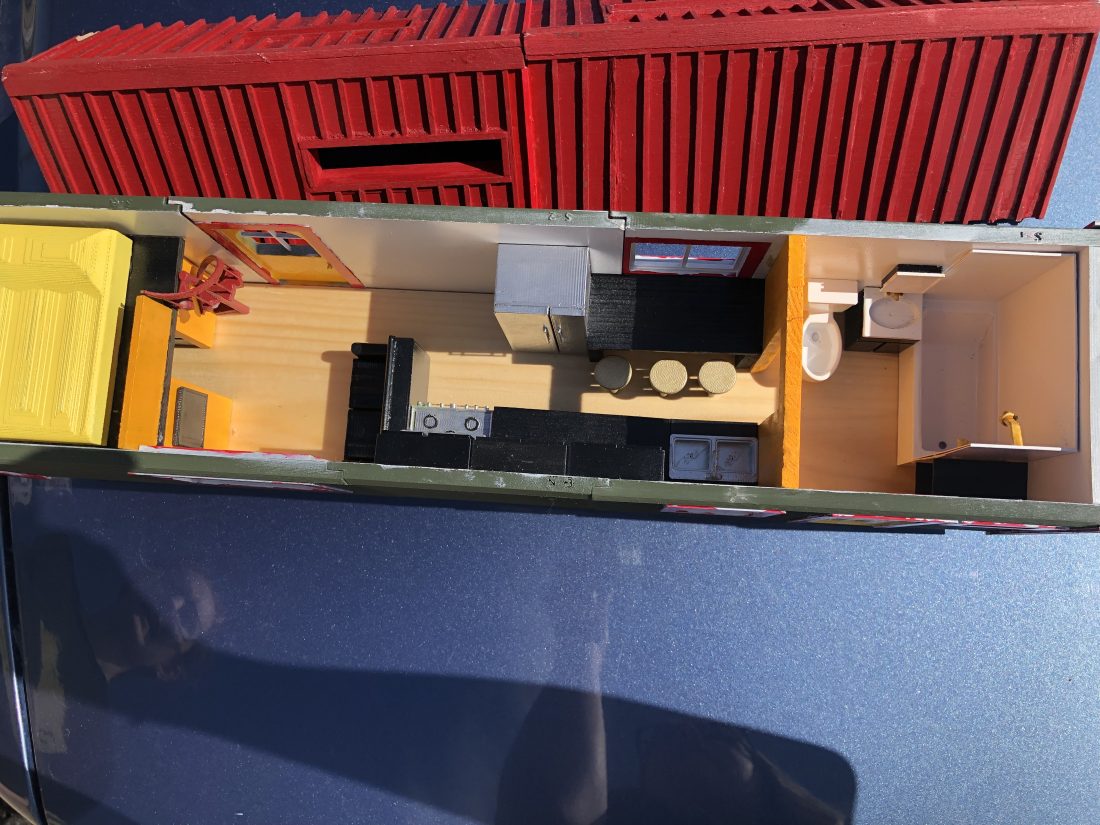 Shyanne Belzer/MDN Audrey Davenport created a 3D replica of a house she planned for the TSA Conference. The house is a design for emergency housing and was almost entirely 3D printed and put together.

Davenport said Architecture is one of the harder events, and she had a lot of work to do. Typically, she explained, students do the Architectural Design competition as a team of four, but she did it alone. She was the only Minot student to attend the 2019 TSA Conference.

She had to transport the designed house and a 30-inch train that was designed to carry the house in the emergency housing scenario. Everything, thankfully, made it to Washington, D.C., safely.

Davenport is extremely happy with the results and is excited to return next year.