Northrop Grumman back in Minot to meet with small businesses 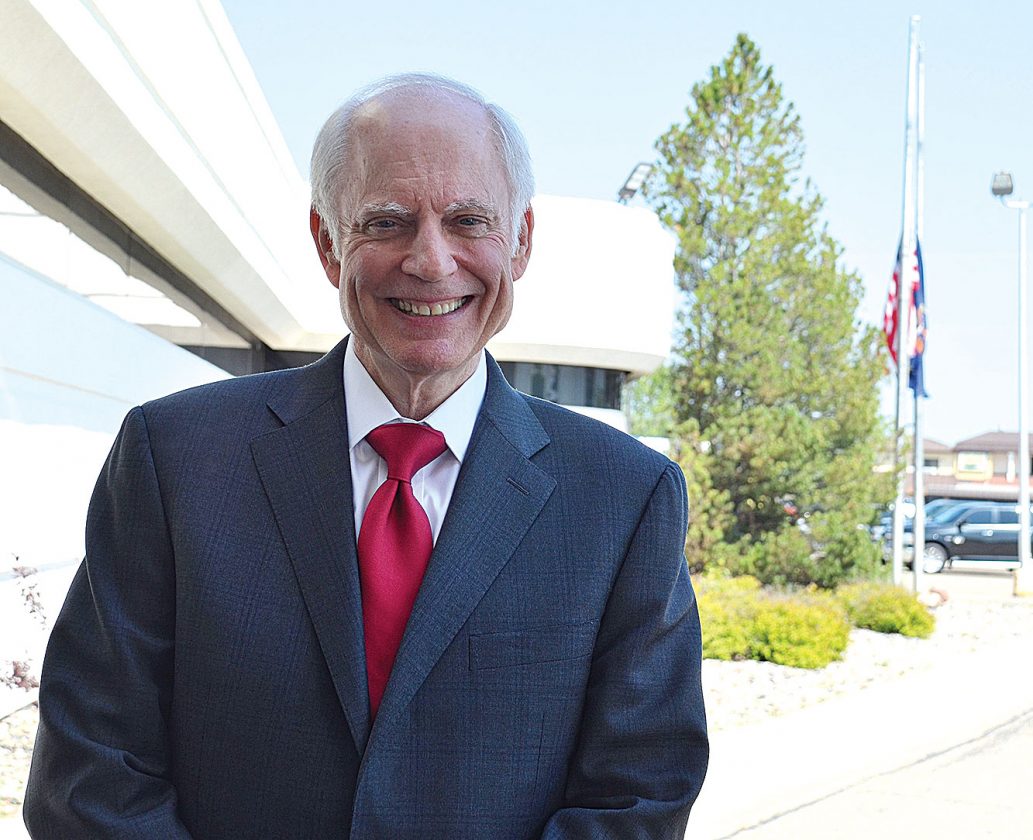 Representatives of Northrop Grumman Corporation, one of two companies vying for a multi-billion dollar contract to provide the nation’s next intercontinental ballistic missile (ICBM) system, were in Minot on Monday to continue their efforts to reach out to the Minot community.

About 20 Northrop Grumman representatives held an Industry Day at the Grand Hotel with an open informational meeting and one-on-one meetings with a number of potential suppliers.

“We’re at a point now where we have to prepare to be ready on day one of this contract,” he said.

Northrop Grumman is competing with the Boeing Company for the GBSD contract. The U.S. Air Force plans to award the contract during the third quarter of 2020.

Anarde said Northrop Grumman is visiting Minot and the other ICBM communities to “turn up the volume” in lines of communication with these communities. He said they want to make sure to “factor in impacts to community, and concerns, and that continues today.”

GBSD is an entirely new system – not just the missile – but they will use the existing silos, according to Carol Erikson, vice president of the GBSD program at Northrop Grumman. Most recently, Erikson visited Minot in 2017 and again last year.

“GBSD is the next-generation ICBM system. It’s an all new command-and-control, communications, all new missile,” she said.

The current timeline is for the initial deployment of the GBSD in the late 2020s and the final system capability in the late 2030s, Erikson said.

“Partnership is really the purpose of why we’re here and we’ve opened up that spectrum of partnership now to include outreach to businesses because we know their participation is going to be critical to delivering this capability,” Anarde said.

He said the types of businesses range from construction trades, logistics, and transportation to support services.

“They are ones that concern themselves with infrastructure, deployment and support services,” he said.

He said they are qualifying small businesses to be ready to provide products or services but they can’t do more beyond qualifying at this point until the contract is awarded.

“We can only do preliminary screening but it’s important for us to be ready to deliver on day one,” he said.

During the open informational session held on Monday in Minot, Anarde said they talked about the nuclear triad from the standpoint of leaders, including Gen. John Hyten, and the importance of the land-based leg of the triad.

Besides the land-based ICBMs, the other two legs of the triad are bombers and ballistic missile submarines.

Hyten, commander of U.S. Strategic Command, recently was nominated to become the vice chairman of the Joint Chiefs of Staff.

Anarde said he told the group “that the triad remains a viable concept.” He said the triad was reaffirmed in the Nuclear Posture Review.

The Northrop Grumman team also met with leadership of the Minot Area Chamber of Commerce and Task Force 21, Minot’s base retention and new mission committee.

“The spirit of partnership demands that you stay in touch, you stay in communication, so that’s why we’ve been on an annual cycle, and we have taken the inputs that we’ve received from leaders here and carried those back and incorporated them into our own planning,” he said.

“Again that word is partnership – we’re serious about that. We have been a trusted partner, we believe a proven partner with the Air Force over time,” Anarde said.

It will be a few more months before the contract for the new ICBM system is awarded.

“We’ll come back as needed,” Anarde said of future visits to Minot and other ICBM communities.