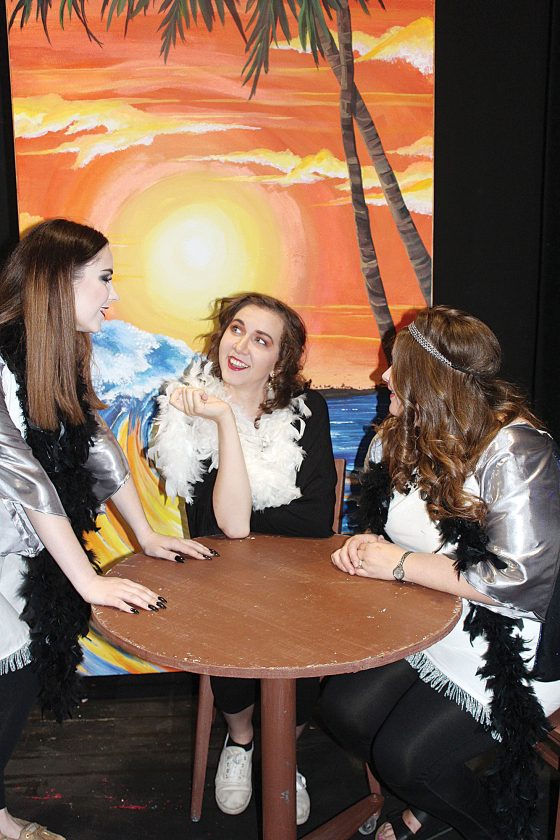 As the weather gets warmer, things are going to heat up at the MSU Summer Theatre with their first show of their 54th Season: “Mamma Mia.” Taking place on June 12 through June 17, audiences will get to enjoy the well known story told through ABBA’s memorable music.

The play follows Sophie as she not only prepares to get married but also tries to find out who her father is. With three possible candidates, she invites all three, bringing them back to the island and the woman they last saw 20 years earlier. The jukebox play will feature a tale full of laughter, emotion and memorable music.

A jukebox musical, according to director April Hubbard, is when the story was written to fit the music instead of the usual route of music fitting the story.

“It works so amazingly well and the characters are interesting and vibrant,” she says. “The arrangements of the ABBA songs are well crafted and have the wonderful harmonies of the originals.”

“Mamma Mia” will be the first of four plays planned for the MSU Summer Theatre’s season. It was chosen, according to MSU Summer Theatre Artistic Director Chad Gifford, because he knew it would be a perfect fit.

“We always have so many talented women in the community and a show like ‘Mamma Mia’ is perfect for showcasing their talents,” he said.

Hubbard added, “I do think it is a good choice to open with because it is extremely positive and joyful – a good way to start the summer.”

The performers for “Mamma Mia” are a mix of new and returning local actors and a small core of young actors from college theater programs. These students traveled to Minot to perform and work with the summer theater.

“These talented college students are all pursuing theater arts in university settings and are excited to bring their talents to the Magic City,” Gifford said.

In “Mamma Mia,” the main role of Sophie will be performed by Megan Graal, who according to Hubbard, has a sweet, yet powerful, voice. Sophie’s mother Donna will be played by Kaylee Capp, whose smokey and impassioned voice presents a feisty character, according to Hubbard.

Along with these two performers, Hubbard says MSU Summer Theatre is filled with strong voices who bring the characters and songs to life under the leadership of musical director Lucas Brown.

“Audiences will be impressed with passionately and beautifully sung tunes,” she said.

Tickets cost $20 for deck seats, $16 for an adult, $5 for youth 18 and under and $11 for seniors, active military, MSU faculty and staff and students with current IDs.