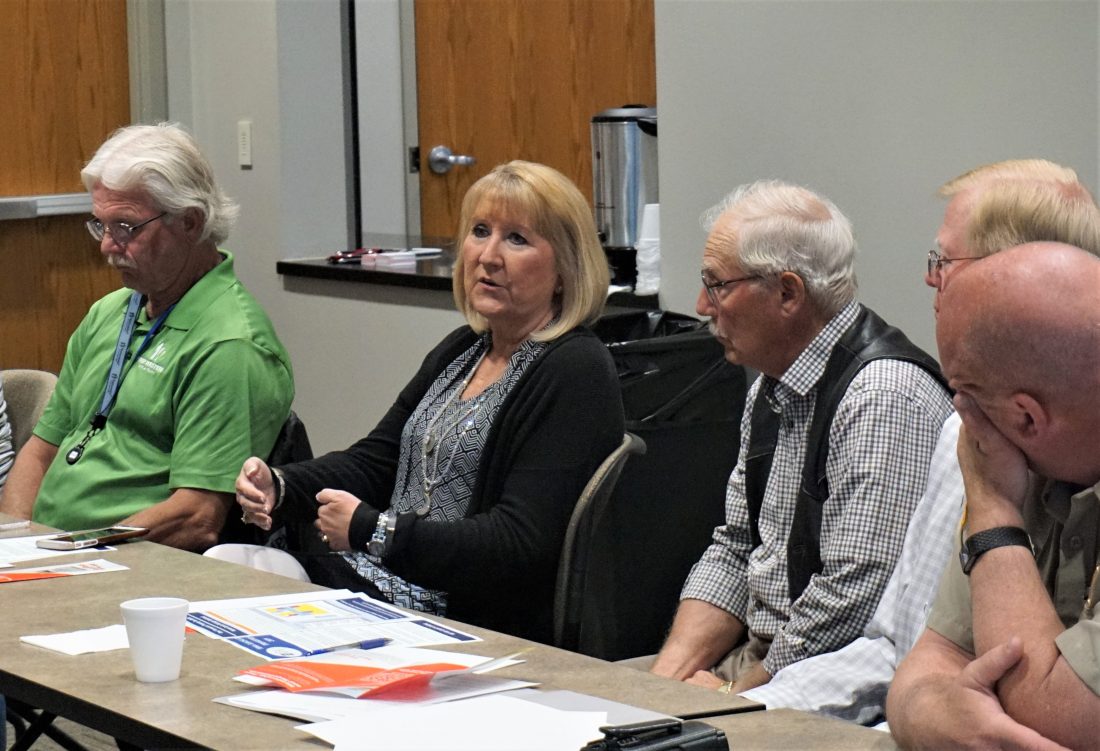 North Dakota counties are being asked to team up to streamline their social service offices for efficiency now that the state will be permanently footing their bills.

Legislation taking effect July 1 redesigns social services to create no more than 19 human service zones, replacing the current 43 county social service units. County and social service representatives are at a planning meeting in Bismarck today to learn more about the redesign and how it will affect their operations. The redesign also was a topic of county officials at the county Elmer Jesme Conference of Counties meeting in Minot Monday.

Donnell Preskey Huschka, government/public relations specialist with the North Dakota Association of Counties, spoke at the conference about recent legislation, including the coming social service change.

She said the new law carries a Dec. 1 deadline for having up to 19 zones in place.

“So counties have been going to work and having conversations with neighboring counties, trying to see who could be the best fit,” Preskey Huschka said. “The state is not directing this. The counties are taking the initiative and trying to figure out who they best partner with.”

Employment and salaries of existing employees are being preserved in the social service redesign. Zone directors and social service employees will be employed by the host county of each human service zone but paid with state dollars. The legislation provides that 107 specialized positions will be moved to state employment through the course of the biennium.

“The biggest things that we went after is to preserve that local employment. That was really important to the counties and social service workers and directors,” Preskey Huschka said. “There will be a separate board that will be managing the social service programs. It will be a multiple county board.”

The timeline calls for zone directors to be hired by March 31, 2020, and implementation would be complete in January 2021.

The state’s four largest counties are less affected because the state law provides for counties to exist as their own zones if their populations are 60,000 or greater. Ward County is not required to partner with another county.

However, there was talk about whether extremely small counties should seek to join a large county to create a zone with enough population to provide the efficiencies being sought. Preskey Huschka said counties in the southwestern part of the state are considering one super zone rather than two smaller zones.

County officials at the Jesme conference indicated there are employee challenges associated with forming the partnerships – from equalizing salary and benefits packages among a zone’s counties to increased travel distances to provide services. It was stated that adding travel to a job description can hurt with retention and recruitment.

The North Dakota Department of Human Services, working with county social service directors and employees, spent more than a year developing a plan for redesign, aided by North Dakota consultants, national resources and experts from Utah, according to the Association of Counties. Multiple pilot projects are under way to test the processes and procedures for delivering services.

The social services change comes with nearly $174 million in state funding that translates into property-tax relief to the counties. This is about $13 million more than in the current biennium, which ends July 1. This biennium’s state funding of county social services was an initial step toward the permanent state funding in this year’s legislation.