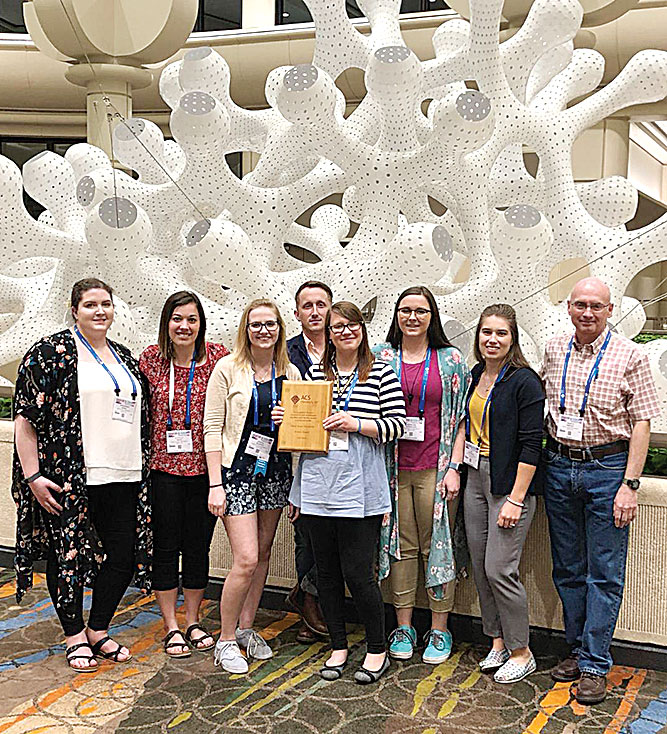 Minot State University professor Mikhail Bobylev and seven student researchers attended the 2019 Spring National Meeting of the American Chemical Society (ACS) from March 31 to April 4 in Orlando, Fla., according to a press release from Minot State.

The chapter presented a poster about activities during the 2018-2019 academic year and while presenting the chapter poster, the group met with ACS President Bonnie A. Charpentier. The MSU Student Chapter received an honorable mention award for their performance during the 2017-2018 academic year. Attending the meeting representing the chapter were Stephanie Sundhagen, Tioga; Alexandria Hamm, Minot; Kaytlyn Heick, Bismarck; Amelia Hamman, Carman, Manitoba; Erin Winterton, Moose Jaw, Saskatchewan; and Benjamin Wilson, Surrey, along with Skinner and Bobylev, who is chapter adviser.

Founded in 1876 and chartered by the U.S. Congress, ACS is the largest scientific society in the world. The society’s mission is to advance the broader chemistry enterprise and its practitioners for the benefit of Earth and its people.