Reaching out to the LGBT community 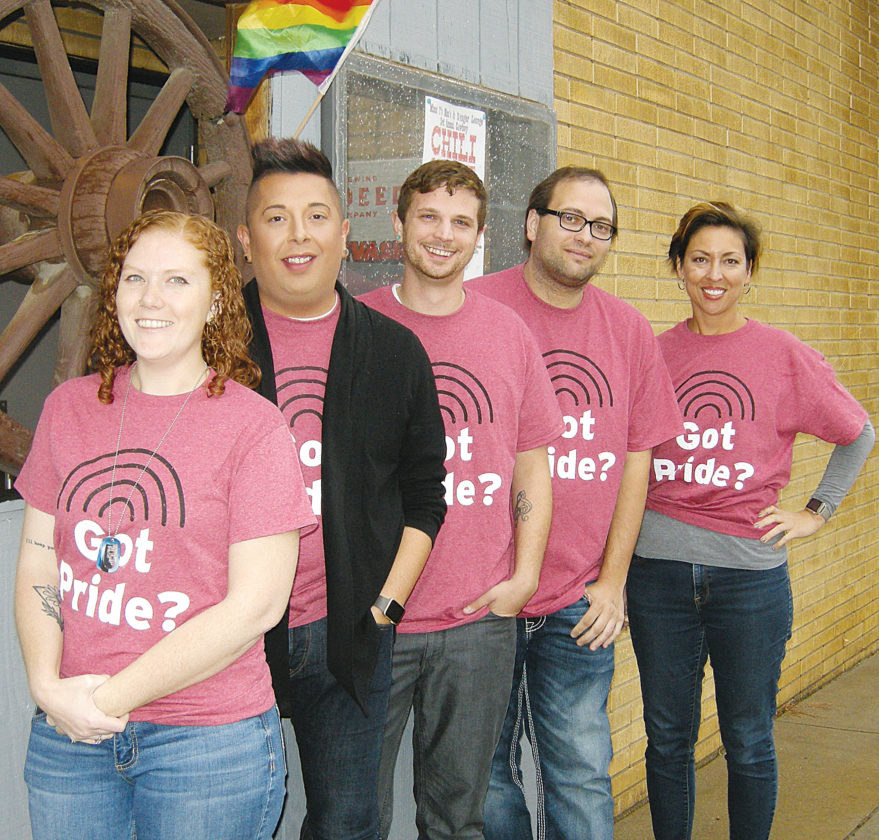 Falcon and fellow board members, Christopher Dix, vice president; Shannon Krueger, secretary; Jorden Laducer, treasurer; and Sabrina Van Tassel, member at large, hoped to raise awareness about the organization in the wider community and give people an opportunity to socialize.

Despite Pride Minot’s increased visibility, Falcon and the others said there are still people who are surprised that Minot has a Pride organization.

About five years ago, when the group held its first event, the event was about one day in length. This year, the Minot Pride Festival 2018 was held July 8-15 and incorporated several events.

There was a Pre-Pride Brunch at Souris River Brewing, a sponsor of the organization; an LGBT + trivia night at The Tap Room, another sponsor of Pride Minot; the Taste The Rainbow Pub Crawl, which was held with the Little Chicago Pub District; a shadowcast performance of the Rocky Horror Picture Show done by the Magic City Misfits; a Rainbow Fun Run held at Oak Park on the morning of the Pride in the Park vendor/entertainment, also held at Oak Park; a 1980s-themed drag show, hosted by Jellybean Productions; a Post-Pride Brunch at Broadway Bean and Bagel, a sponsor of Pride Minot. There was also Puppy Pride, a service project that involved a social at the dog park where people could bring their pets. Falcon said this was also a fundraiser of sorts for the Souris Valley Animal Shelter and people in attendance could donate money or bring an item on the Souris Valley Animal Shelter’s wish list.

“This was also the first time the festival was stretched over a week, rather than Thursday-Sunday,” said Falcon in an email, “and this is something we will explore for next year’s festival.”

The board of directors are also actively exploring other ways they can expand the group’s outreach.

They are in the process of creating a youth outreach program, Youth Outreach and Upreach (YOU). There will be a regular social gathering at the Broadway Bean and Bagel that will provide a safe place for people who have recently come out or who are exploring their sexual orientation and their friends and family to gather. The first meeting will be Oct. 7 from noon to 2 p.m.

Several of the board members of Pride Minot said they felt isolated and lonely in their own adolescence. The regular social gathering, which is intended for preteens through adults of all ages, will be a space for people to meet and make friends and have a voice. Van Tassel said parents and family members will probably want to attend the gathering too.

Even today, an LGBT teen in North Dakota might feel somewhat isolated, the board said, and this group will help them meet and socialize with people with whom they have things in common.

Pride Minot hopes that this will become a regular monthly meeting at the Broadway Bean and Bagel, meeting on the first Sunday of each month.

Falcon said he also wants to reach out to other groups in the community and the state that are working with LGBT populations and coordinate with them.

They also are in the process of planning other fun community events.

One upcoming event, not yet planned, might be a gathering sometime in February – Valentine’s Month. The group also will likely host holiday events. They said holidays can sometimes be tough for LGBT people, but their friends often become the “families they choose” in addition to their biological families.