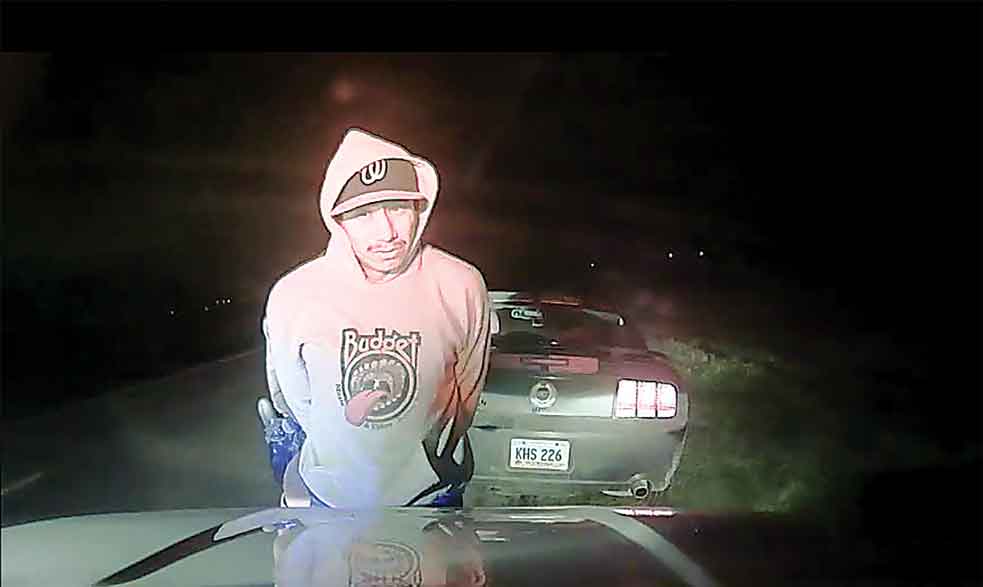 EDITOR’S NOTE: JAILGATE is a recurring series detailing the tragic death of 25-year-old Dustin Irwin, the ensuing investigation and the abrupt circumstances under which charges related to the incident disappeared. Multi-media files and documents provided by the N.D. Dept. of Corrections are included with the online versions of the stories at minotdailynews.com so readers can review case file materials independently. Warning: some case file contents online can be disturbing and are not recommended for children.

“Dustin Irwin was denied appropriate medical care,” wrote Dr. John J. Hagan in his review of the death of the inmate who had been incarcerated at the Ward County Jail.

Irwin, then 25 years old, was arrested by a Ward County deputy shortly before midnight on Oct. 2, 2014 and subsequently booked into the Ward County Jail at 12:03 a.m. on Friday, Oct. 3, 2014. Irwin was arrested for driving under suspension and for two outstanding warrants out of Grand Forks and Burleigh Counties. Video and audio obtained by the Minot Daily News shows that Irwin was courteous and cooperative at the time of his arrest. (VIDEO BELOW)

A “Report of Death” (REPORT OF DEATH POSTED BELOW) issued by the North Dakota Department of Corrections and Rehabilitation following that agency’s investigation into Irwin’s death a few days later says Irwin submitted a written request to go to the hospital at noon, approximately 12 hours after his arrest. Irwin wrote, “Please I’m really sick and need to see someone at the hospital. Please help me see someone.”

Irwin’s request, which included a reference to back problems, was denied. A sergeant on duty at the jail thought Irwin was detoxing and moved him to a different cell for closer observation rather than seek advice from a medical professional. Video from that afternoon shows Irwin vomiting, defacating, flailing and fidgeting and never at a state of rest until the lights are turned off in his cell about midnight.

The following day was more of the same with Irwin vomiting and stumbling. He was placed in a cell with another inmate. At approximately 10:38 p.m., Irwin was unresponsive. His cellmate pressed the emergency button to summon help. A correctional officer who responded put on rubber gloves and rolled back Irwin’s eyelids. Irwin remained unresponsive on the floor of his cell. (VIDEO OF IRWIN IN CELL POSTED BELOW)

Three additional correctional officers arrived in the cell, one of whom administered a “sternum rub” on Irwin, a procedure that produces pain for the purpose of getting a response from an unresponsive person. Irwin responded slightly. The sergeant then instructed Irwin’s cellmate to watch Irwin and let them know if Irwin’s condition worsened.

In his review, Dr. Hagan, a board certified internist in Bismarck, concluded that “a properly trained correctional officer should have been able to recognize that Irwin should receive medical attention” and that “had he been evaluated at this point, he would likely have received a short course of IV fluids in the emergency room and would have been returned to the jail.” Hagan’s opinion noted that “regardless of medical training or corrections training” a reasonable individual would conclude Irwin was seriously ill and that “he required immediate medical attention.”

On Saturday, Oct. 5, 2014, Irwin’s third day at the Ward County Jail, he continued to drink water and vomit. An emergency room nurse at Trinity Hospital had been contacted by jail staff in regard to Irwin and advised that Irwin be given water regularly. According to the DOC, Irwin never stopped moving that Saturday.

The following morning, Irwin vomited every three to five minutes from midnight to nearly 11:00 a.m., says the DOC report. A staggering, stumbling, disoriented Irwin became involved in an altercation with his cellmate. According to the DOC report, “A correctional officer responded and removed Irwin’s cellmate but never checked on Irwin.”

At 11:49 a.m., two correctional officers picked up Irwin and assisted him out of his cell in preparation for transport to Coleharbor by Capt. Mike Nason and Sheriff Steve Kukowski. Irwin was to be exchanged for another inmate. Video shows that Irwin was virtually unresponsive at the time he was loaded into the transport vehicle and that it took several officers to place him in a seat that had been covered with a plastic bag. The bag was needed because Irwin had been urinating on himself.

Irwin could only “be described as very seriously ill,” wrote Dr. Hagan after viewing video of Irwin being prepared for transport at the Ward County Jail. “He was hallucinating, incoherent, unable to follow simple instructions or to walk without assistance. A disinterested bystander would recognize that Irwin was gravely ill. Immediate treatment offered reasonable hope of survival even at this juncture. His best opportunity for survival and recovery was lost when the transport driver chose not to turn left into the emergency room entrance to Trinity upon leaving the jail.”

Irwin was driven to Coleharbor for the inmate exchange. His condition had deteriorated to the point where Nason and Kukowski had to carry him from the Ward County vehicle to the Burleigh County vehicle where Irwin was placed on the floor. Burleigh County Deputy Jennifer Heinert moved Irwin to an upright position so that he could be properly watched. Heinert told the DOC investigator that “as soon as she observed Irwin, she knew his condition was a medical condition” and that her immediate reaction was “to get Irwin to a hospital.”

Irwin was taken directly to Sanford Health in Bismarck, not the Burleigh County Jail. He received emergency room care but remained restless and could not speak. A decision was made to airlift Irwin to Sanford Health in Fargo but Irwin went into ventricular fibrillation about 15 minutes into the flight, was returned to Bismarck and pronounced dead.

Dr. Hagan’s report includes, “With reasonable medical certainty, I conclude that Dustin Irwin’s death was caused by profound dehydration. The combination of delirium accompanied by increased agitation is called excited delirium. Without appropriate medical intervention, this sequence of events will lead to death. Deputy Heinert appears to be the only individual who made the correct assessment and took prompt and appropriate action in this matter.”

The DOC Report of Death concluded that “it is evident that those incarcerated at the Ward County Jail were not being properly supervised.” The DOC’s Order of Non-Compliance issued in regard to the Ward County Jail called the supervision and medical treatment provided to Irwin “by the correctional facility staff and administration was grossly inadequate” and that “Every level of command within the Ward County Sheriff’s office failed to provide adequate care to inmate Dustin Irwin.”

In the wake of the Irwin episode, the DOC assigned a jail monitor to oversee operation and procedures at the Ward County Jail. Capt. Nason and Capt. Penny Erickson, jail commander, submitted their resignations. A charge against Nason was filed with the court but later withdrawn. Additionally, investigations led to legal action against former sheriff Kukowski. The Ward County Commissioners had hired a special prosecutor for the case. The prosecutor, Divide County State’s Attorney Seymour Jordan, filed three misdemeanor charges against Kukowski but several months later Ward County Commissioners voted that the charges against Kukowski be dropped. Jordan did so.

A closed meeting of the Ward County commission resulted in a decision to pay Kukowski a $75,000 settlement. Voting in favor of the payment were commissioners Alan Walter, Larry Louser, Shelly Weppler and Jim Rostad. Commissioner John Fjeldahl cast the lone no vote. 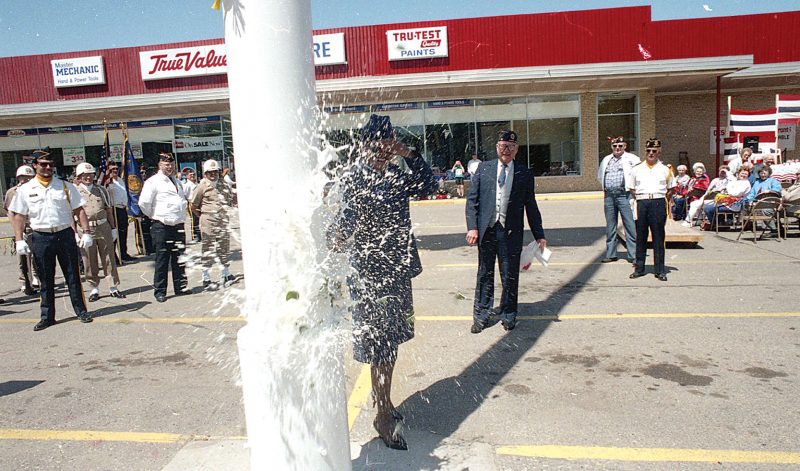