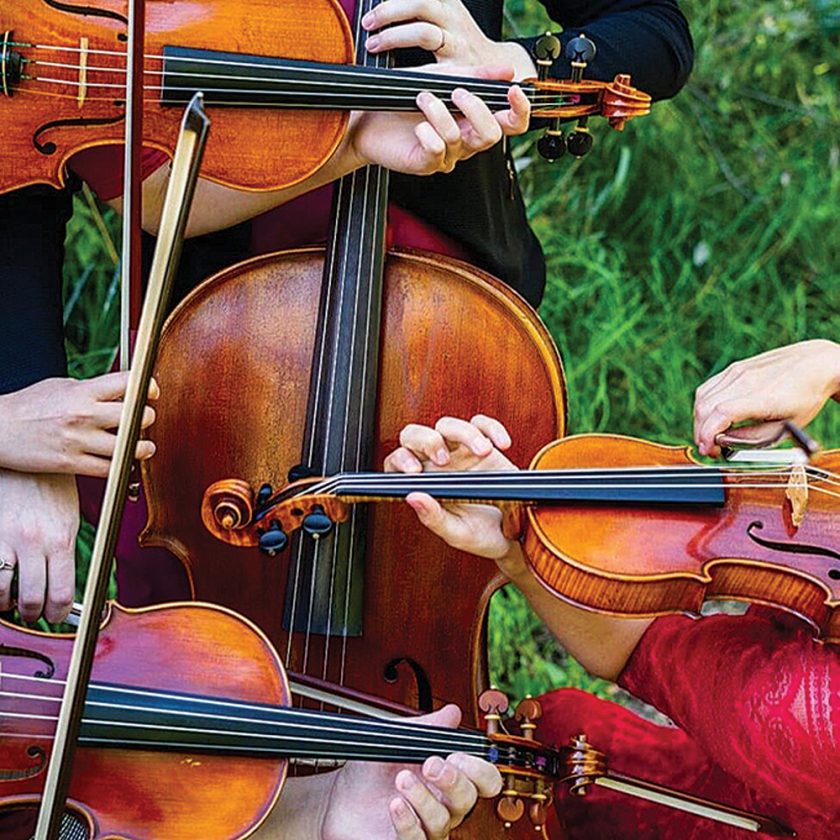 Arts in the Library will be having its fifth concert on Sunday with local string quartet Snere Ledu.

They were contacted by Justin Anderson with the Minot Area Council of the Arts and asked if they would be interested in performing at the Arts in the Library event starting at 6 p.m. on Super Bowl Sunday. The event is for people of all ages and is free to attend.

Not everyone watches football, and even though the event had been scheduled before they realized it was the same weekend as the Super Bowl, they decided to put it on anyway to give a fun alternative to the people that do not follow the sport.

The festivities will take place on the second floor. Popcorn made by MACA, along with beverages, will be available for purchase, all proceeds going to MACA and Friends of the Library.

Snere Ledu is comprised of four members who are also Minot State University students. “Nikisa Gentry, a violin player in the group, is a senior finishing her music performance degree with plans on going to grad school. Mya Temenson is in her sophomore year as an English and foreign language double major, the second violinist. Anthony Schreier plays viola and is also a sophomore, but his degree is in music education. The final member, Hannah Deplazes on the cello, is a junior music performance major.

The group started playing together as a quartet in September 2018. All four of them also play for the Minot Symphony Orchestra. They played for several years prior.

“For Nikisa, it’s her goal to one day to play in a professional quartet, but we all share a mutual love for chamber music. When you’re in a symphony or orchestra, you can often times feel lost or unimportant. In a chamber group like a quartet, every person is important and has a role to play in the ensemble. Chamber music is very intimate and helps you grow in your musicianship, and all of us feel that while you can make a lot of progress in individual practice, it’s working with other like-minded musicians and bouncing ideas off of each other that helps us all make the progress we need to be better musicians,” Schreier said.

Arts in the Park concerts always had such a large turnout in the summer at Oak Park that the community wanted it to be year-round, so in October 2019, Minot Public Library staff started the Arts in the Library program alongside MACA to make it all happen. The concerts take place once a month.

‘Growth has stalled’: Surge in US infections hits Delta