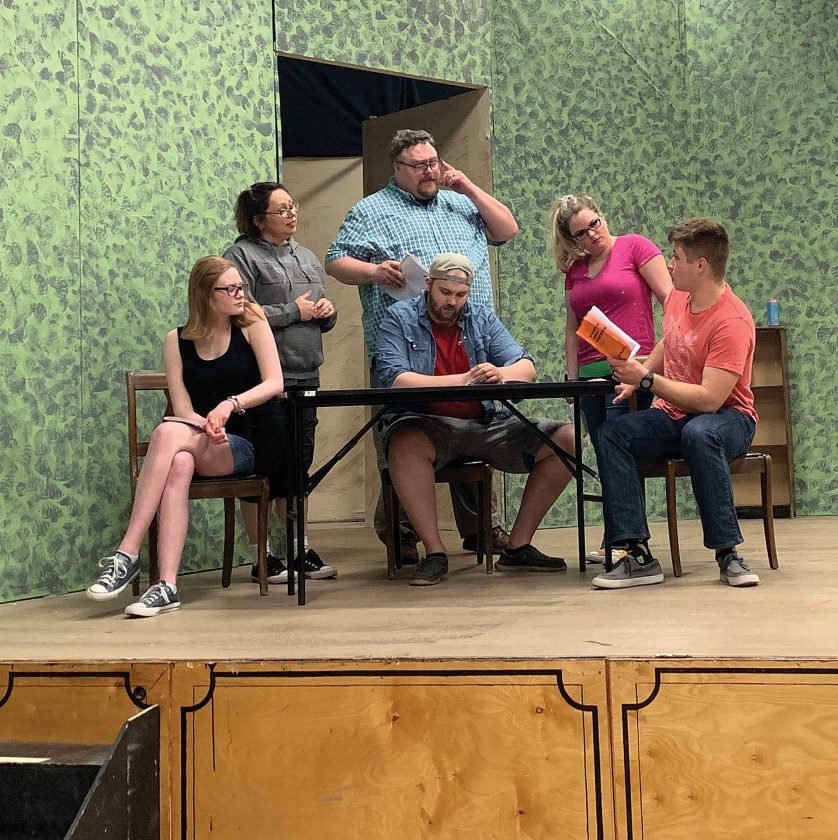 In “An Unspeakable Triumph of Supreme Brilliance,” a community theater in North Central Minnesota has been chosen to compete for a $10 million prize that will be awarded to the best show put on. Unfortunately, the play is in two days, the actors have a brand new, tailor made script, and an actor who has stage fright.

Find out how things play out on May 3-5 and May 10-12 as the Mouse River Players perform “An Unspeakable Triumph of Supreme Brilliance” for audiences to enjoy.

The play, written by Minnesota-based playwright Don Zolidis, is a new comedy that director Ashley Nilsen believes is very fitting for Minot audiences.

“There are characters and scenarios that anyone who has been involved in or seen a community theater production can relate to,” she explained.

“An unspeakable Triumph of Supreme Brilliance” was chosen for how good of a fit it was for the Mouse River Theater. Nilsen explained that Ken Haarstad, treasurer of the theater group, offered it when they were choosing plays for the season.

Nilsen said, “I was slated to direct but hadn’t found a show and started reading it and said yes to it even before I had finished it.”

The Mouse River Players cast and crew have worked hard to put the show together and Nilsen says they have some tricks up their sleeve that will catch audiences’ attention.

“This show called for some pretty wild things that had me stumped for the longest time, but we got it all to work, beautifully,” she said.

Mouse River Players is thankful to Cognizant, which is sponsoring the production.

Tickets can be purchased online at mouseriverplayers.com and cost $15 for adults and $10 for children 12 and under. Senior, student and military discounts are available.

“We hope you come out for our show and thank you for supporting local theater,” Nilsen said.