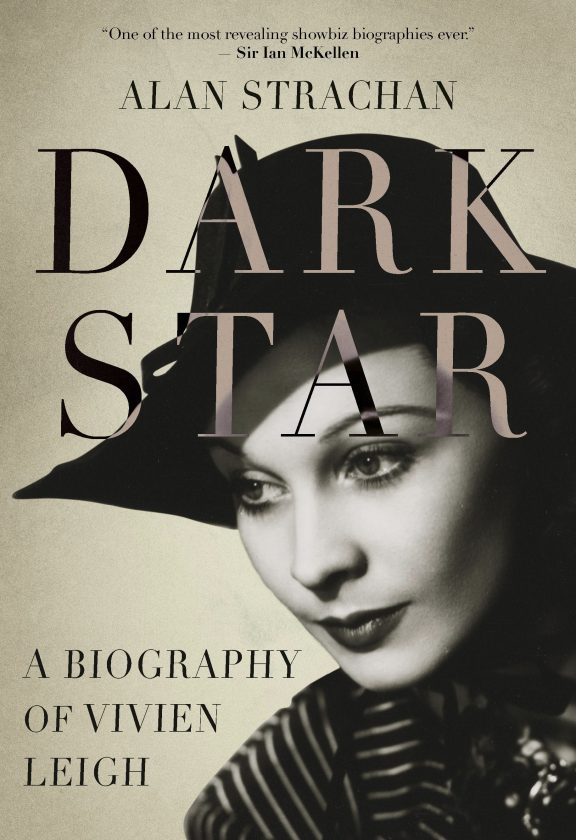 (AP) — Playing two of the greatest female roles ever offered in film — Scarlett O’Hara in “Gone with the Wind” and Blanche DuBois in “A Streetcar Named Desire” — has guaranteed actress Vivien Leigh a place in popular culture. Yet her stage work, often overlooked by her film fans, may have been the true showcase of her talent.

Alan Strachan, a director and a chronicler of the British theater, gives Leigh’s full career a stirring reassessment in an immensely readable biography, “Dark Star.” He argues convincingly that there was far more to Leigh than her mesmerizing beauty, which could blind critics to the power behind her performances.

Strachan also pierces the darkness that never left Leigh: mental illness. Bipolar disorder, called manic depression in her day, explains in part her failings as a wife and mother. It certainly seems to have fueled her drinking, extramarital affairs and occasionally odd behavior, allowing comparisons to the faded, shattered Blanche — the performance that put an Oscar next to the one for Scarlett O’Hara.

The surprise of “Dark Star” is that Leigh’s life doesn’t appear as sunken by sadness as it’s been described elsewhere. While not downplaying the manic episodes that damaged her career — Elizabeth Taylor took over the film “Elephant Walk” following a Leigh breakdown — Strachan describes the good times, too. By his account she was a loving companion, a loyal friend and a generous, amiable colleague. His evidence comes from Leigh’s diaries and letters and those of relatives, friends and colleagues.

The actress who played two iconic Southerners was born Vivian Mary Hartley in Darjeeling, British India, in 1913, and was raised in Calcutta. Her mother was also India-born and perhaps in a mixed-race family. Her father, born in Scotland while his Yorkshire family was visiting, had moved to India and become wealthy as an exchange broker. An amateur actor, he shared his pastime with his daughter and theater became her passion.

The Hartleys sent 6-year-old Vivian to England for a Catholic education. Her convent education continued in her teens with schools in France, Italy and Germany. She was attending the Royal Academy of Dramatic Arts in London when she met a handsome lawyer, Leigh Holman, whom she married in 1932. Soon a mother, she went on to seek work on the stage and in film under the name Vivien Leigh.

Upending her personal and professional life was Laurence Olivier, a charismatic actor who, like Leigh, was married with a child. Their wildly passionate love affair, begun in 1936 as they made the film “Fire Over England,” led to divorces and marriage in 1940.

They co-starred in two other films, “21 Days Together” (1940) and “That Hamilton Woman” (1941), but the Oliviers would become the first couple of the British stage, appearing in classical productions together — “Romeo and Juliet” and “The School for Scandal” were but two — and separately. He directed her in the London productions of “The Skin of Our Teeth” in 1945 and “Streetcar” in 1949, both personal triumphs for Leigh.

Selfishness, a trait that brought them together despite obligations, probably doomed their relationship. The passion cooled, at least for Olivier, as Leigh’s illness became more pronounced and led to hospitalizations and shock therapy. (Olivier may also have grown professionally jealous of his wife.) He engaged in affairs with relish, and she abandoned her marital vows, too, flaunting an affair with a young Peter Finch.

Nevertheless, the Oliviers continued to play their public roles until he decided young Joan Plowright would make a better partner for the long haul. Divorced in 1960, Leigh continued acting and even found a companion. Her life ended abruptly at 53 when tuberculosis led to a fatal hemorrhage in 1967.

Was Leigh herself more like the vivacious and beautiful Scarlett O’Hara or the fading, delusional Blanche DuBois? Strachan doesn’t bother with such pointless musings, instead focusing on the evolution of a unique artist who overcame personal struggles to master her craft and bring joy to her audience.