The North Dakota Game and Fish Department completed its 73rd annual spring breeding duck survey in May. Results showed an index of nearly 4 million birds, up 18% from last year.

For the second year in a row the number of temporary and seasonal wetlands was substantially higher than the previous year, as figures show the spring water index is up 65% from last year. The water index is based on basins with water, and does not necessarily represent the amount of water contained in wetlands or the type of wetlands represented.

The breeding population survey results indicate numbers for all primary species, except redheads (down 12%), were stable to up from 2019 estimates. Ruddy ducks were up 87%, green-winged teal were at a record high and up 66% and blue-winged teal were up 58%. Mallards were unchanged. All other ducks ranged from down 2% (pintails) to up 40% (scaup) from last year’s numbers. All species, except pintails, which were down slightly, were well-above the 72-year average.

“Conditions that we have seen since 1994 seem to be the new normal with more precipitation and higher duck numbers,” Szymanski said. “This year’s ranking of our breeding population is a pretty good sign as our 13 highest duck counts are all within the last 26 years. When you start getting around the 4 million range, you are talking about very, very good duck numbers. So it is good to see us getting back to the middle of the road for the new normal.”

The July brood survey provides a better idea of duck production and insight into expectations for fall, Szymanski said, though hunting success is also influenced by bird movements before and during hunting seasons, and weather patterns during the fall migration. 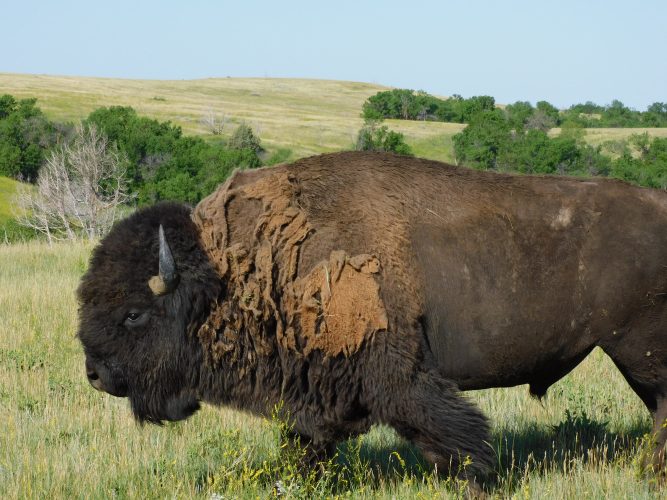 Survivors from the frontier

Caught any largemouth bass on the the Souris River or Lake Darling lately? Do you own a 50-cent fishing license? ...