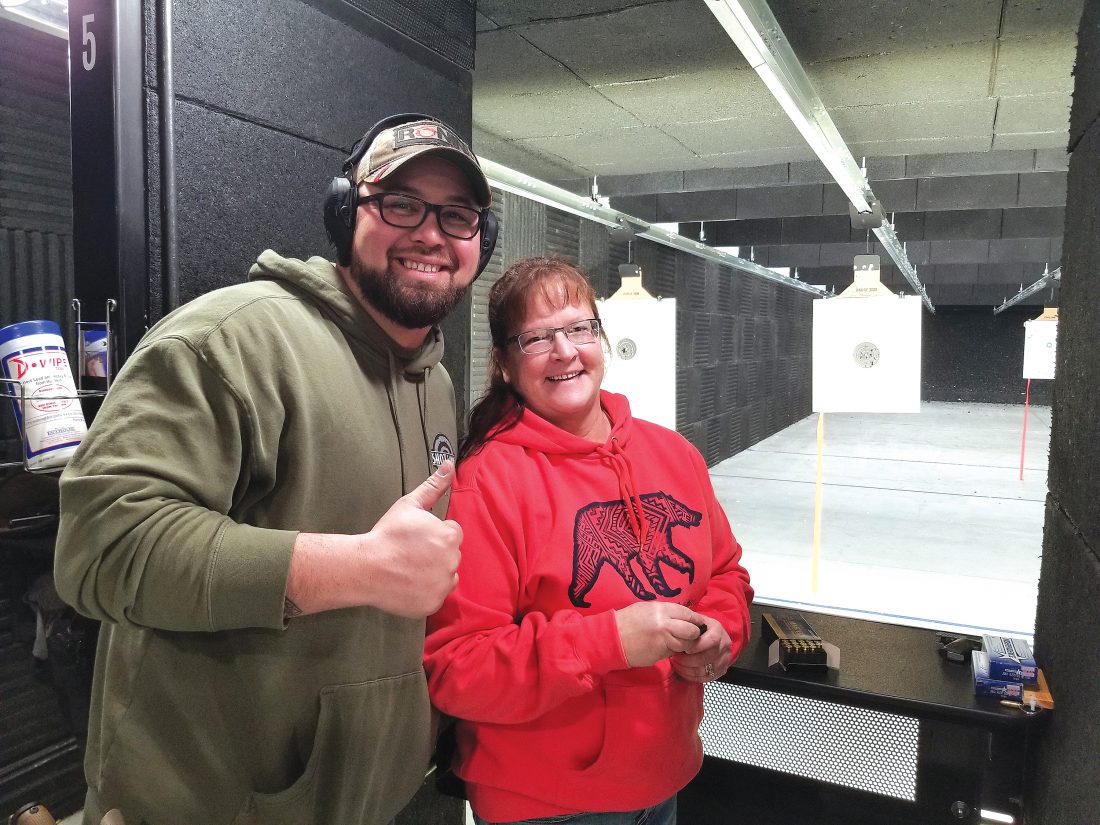 STANLEY – It is a very impressive facility and, in just a few short months, has become very well accepted in this community.

Even though finishing touches are still underway at the 7,000 square foot building that opened late in the summer of 2019, the facility has already proven to be in demand. The building, which is situated along the Stanley Reservoir, has a variety of attractions for area citizens.

“This is a totally benevolent effort on behalf of the Scout trust here for the benefit of the city,” explained Wayne Johnson, Stanley.

Johnson has been instrumental in spearheading a combined effort between the Scouts and the local Rolling Plains Sportsmen’s Club. The building includes a modern indoor shooting range that has been a big attraction.

The range boasts six lanes with a maximum target distance of 25 yards. Individual shooting stations and automatic return targets are featured. The entire shooting range is lined with ballistic rubber, a heavy substance that is effective in stopping bullets and deadening sound.

“It absorbs bullets, prevents ricochets and no dust,” said Johnson.

Last Saturday the range hosted a “Ladies Only” shoot. It was well attended, something that didn’t come as a surprise to D. J. Kerns of Tioga. Kerns is a certified Range Safety Officer who has seen the surge in interest in the recently opened range.

“I think this facility is great. When it opened up it was really a big surprise because wintertime in North Dakota can be very brutal. No one wants to go outside in sub-zero temperatures and go shooting,” said Kerns. “This was really a good choice for Stanley. It’s a really good opportunity for people to take advantage of, for sure.”

Among the participants in the Ladies Only session was Bonnie Farstveet of Kenmare. She heard about the Stanley range and made the trip to try it out.

Johnson and Kerns noted that safety is constantly emphasized at the range. Paul Oster, a range safety officer instructor from Minot, made the trip to Stanley to teach a day-long class for prospective range officers.

“There were 15 or 16 that came and got registered,” said Johnson. “Above all we focus on gun safety.”

Kerns agreed, saying, “Safety is actually the number one rule here. We make everybody aware of things that can happen.”

While the shooting range is a focal point of the building, the range occupies only about a third of the facility. Under the same roof is a large room used for gatherings of all sorts. It seats 100 comfortably and has a very large kitchen.

“We call it the Pines because of the decor,” said Johnson. “We have had several classes and several big gatherings in there since we’ve opened. It’s been well received. The demand the community is putting on this building is pretty huge. There isn’t another facility like it here with handicap accessibility and handicap bathrooms.”

A row of large windows on the south side of the Pines offers a view of the Stanley Reservoir where many people enjoy fishing during the summer months. A door from the Pines leads to a very large covered patio that will eventually be equipped with outdoors grills.

An outdoor fireplace is also planned as is extensive landscaping which will enhance the appeal of the facility. Improvements are already scheduled this summer for the Stanley Reservoir, including removal of stands of cattails that make shoreline access difficult and additional fishing piers. Walking paths will connect the building to the reservoir.

“It’s slowly getting finished,” observed Johnson. “This is not for profit. Not for money. This is for the community, for the kids, and for the families.”

A large double-garage has already proven beneficial, allowing for additional people to move inside during inclement weather. Primarily though, the garage is designed for use by area Scouts.

“We’ve had overage for family get-togethers in here,” remarked Johnson. “But really it is for the Scouts to come in here with trailers and camping gear and for storage.”

The shooting range has been open about four evenings a week throughout the winter, including additional shooting hours on Sunday. It has proven so popular that some have requested that the range remain open during the summer months, a time when most shooters move outside.

“We’ll probably back off in the summer. We’ll see how that goes,” said Johnson.

Kerns offered his assessment of the range’s popularity during a break in the Ladies Only shoot.

“I have a handful of ladies that, when they first came here, didn’t want to shoot and were scared of guns. Now they buy their own guns and are doing really, really well. It’s really cool,” said Kerns. 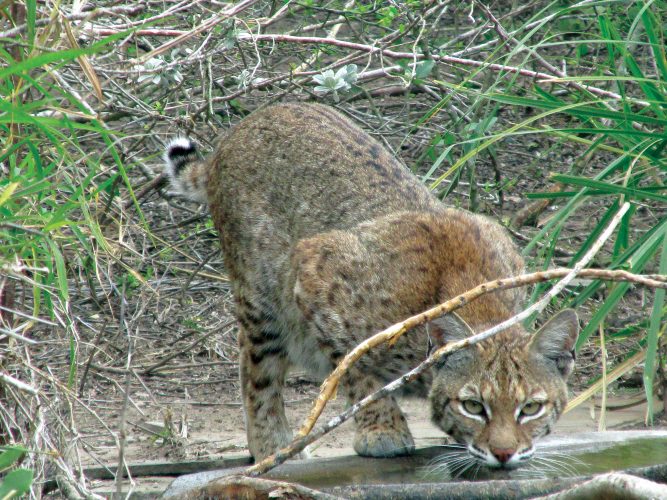 The North Dakota Game and Fish Department is canceling the upcoming paddlefish snagging harvest season due to the ...