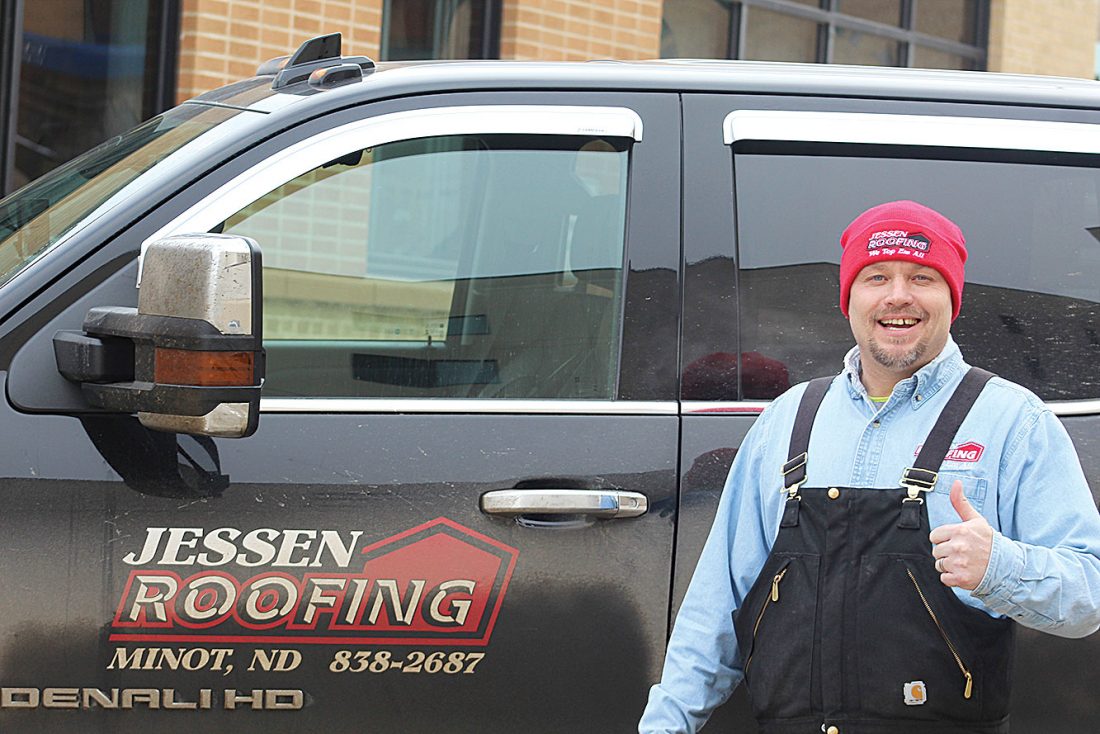 Brandon Carr/MDN Doni Jessen of Jessen Roofing Inc. stays busy with other projects since there hasn’t been as much snow removal work this winter.

North Dakota, this time of year, is known for its frigid temperatures and snow. But where’s all the snow?

The lack of snowfall has been an issue across the city in recent months, leaving the services of snow removal companies like Busy Times Construction and Jessen Roofing Inc. with limited work.

With the warmer temperatures during this winter, Jessen Roofing has been able to stay busy. The company has two to three guys working on smaller repairs while others conduct roof measuring for the upcoming season. They are not just a snow removal company; they’re also in the tree cutting business.

“We have been out a few times doing snow removal from the small snowfall. We’ve been fortunate enough to miss those 12-14 inch pile-ups, but it has been a strange winter. We had an ice storm that coated everything in ice, including parking lots, which made it hard for everyone to get around. “ said Doni Jessen of Jessen Roofing. 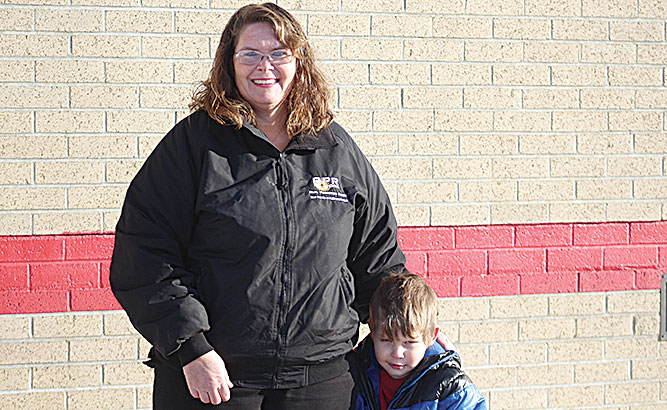 Brandon Carr/MDN Mary Geyer, left, is shown with her son Westin. The Geyer family operates Busy Times, a construction, yard maintenance and snow-removal business. She said there’s never been a winter season like this.

Jessen goes on to say, “The winter differs in North Dakota. It seems like we don’t get as much snow as we used to. Back in the ’80s, we used to get snowstorms that would reach the cross on the power pole! In 2015, we got so much snow in town that we had to remove piles off commercial roofs due to weight capacity.”

Building many working relationships throughout the community, Jessen Roofing is a locally run business that has been in existence for 39 years and counting. The company is associated with the National Roofing Partners as well as Front Street, a company based in Chicago. These companies contact Jessen with contracts for CVS, Target and Walmart, to name a few. Since Front Street is associated with the local Loaf & Jugs, Jessen Roofing takes care of all the rooftops for the convenience stores, an agreement which has been in place over the past six to seven years.

Jessen Roofing’s summer working hours are usually 7 a.m. to 5 p.m. or until the roof of the facility, building or home is watertight in case of a storm. The winter hours of operation are approximately 30-40 hours a week.

Busy Times Construction, Yard Maintenance & Snow Removal is a family-owned business run by owners Craig Geyer and his wife, Mary Geyer. The company that employs the two owners and their teenage children has been in existence since 2005.

“Snow has been very spotty thus far. But we’re fortunate that our business is diversified. I do lawn care during the summer. Craig does new construction as well as remodeling, tree work, trimming, shrubs, and commercial work for some of the big businesses in town. So we’ve been keeping busy,” said co-owner Mary Geyer. Their work speaks for itself as a majority of their business comes from word-of-mouth referrals ranging from big enterprises to everyday customers.

Busy Times has steady accounts with the residents of Minot spanning a decade and a half. In December 2019, the company had residential accounts go untouched. Mary Geyer said it has never happened in their 15 years of existence that there’s been a winter season like this.

“I enjoy our business,” Mary Geyer said. “When we started the company, it was for our kids. I like the relationships we make with our customers, some of whom became close friends. I enjoy being able to help people when they can’t get out and move their snow.”