Taube allows kids to be creative 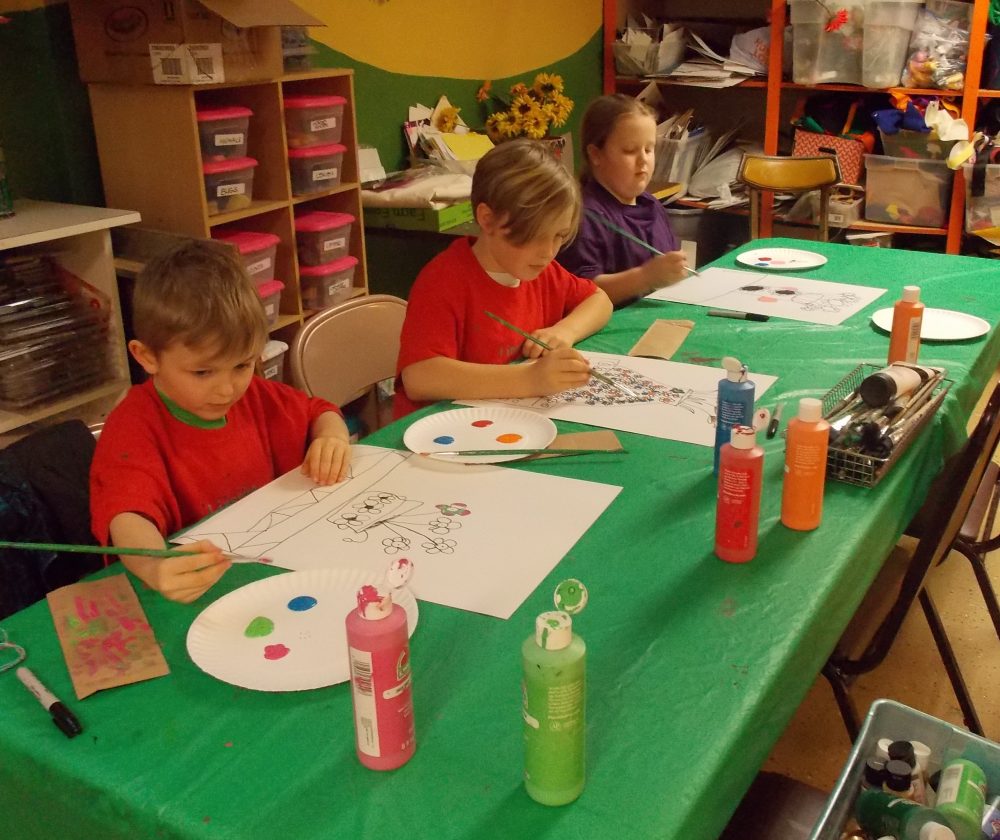 Ciara Parizek/MDN From the left, Trout Turk-Bly, Bodhi Turk-Bly and Marley Phillips work on their acrylic paintings at the Taube Museum of Art, Minot, on Thursday.

Vases filled with flowers came to life at the Taube Museum of Art in Minot on Thursday afternoon.

Margi Lee, the Taube’s education coordinator, taught Art All Around while her son, Charlie, was out of town.

Bodhi Turk-Bly, his younger brother Trout, and Marley Phillips sat next to each other and listened to Lee’s instructions on what they would be doing for class. They did a 10-minute warmup of free drawing whatever popped into their creative minds.

To begin their project, Lee set up a blue vase and put a variety of flowers in it. In order to encourage the children’s confidence in their drawing skills, they were given black Sharpies to make their outline instead of pencils and erasers. The reason for that, Lee explained, was they would spend the better portion of the class erasing instead of making progress.

She asked the group if there were mistakes in art. Their unanimous answer: no! If they go outside their lines, Lee said it gave them the opportunity to make it even better.

Acrylic paint was the medium of the day. Bodhi, Trout and Marley had to choose three colors to start with. Bodhi chose orange, blue and red. Trout’s colors were pink, light green and blue. Marley decided on the American flag colors, mixing the blue with white to make it a sky blue.

As each of them worked diligently on their paintings, Lee said Art All Around was started to give children who really love art somewhere they can draw or paint without judgment or negativity. “Not all children want to play sports. They want to draw. We got calls and feedback from parents saying their kids wanted to be creative,” Lee said. It also allows them to give each other different ideas in a studio-like environment.

Kids between 6-12 years old go to Art All Around every other Thursday of the month from 4-5:30 p.m. In some cases, if the children were in the Taube’s Start in Art program, they make exceptions to the age rule and allow them to move up.

Bodhi was in the Start in Art classes and he certainly showed his love for art. His vase had a great amount of detail and he made the petals of the flowers on the vase different color to give it some variety.

Trout’s piece was coming along nicely, focusing on the flower petals first, as well. His vase was shorter than his brother’s, but they were reminded that even though they were all making a vase filled with flowers, they were not going to be the same.

Marley chose to paint the vase first, then move on to the flowers. Her flowers were larger than the boys’, making hers unique in its own way. 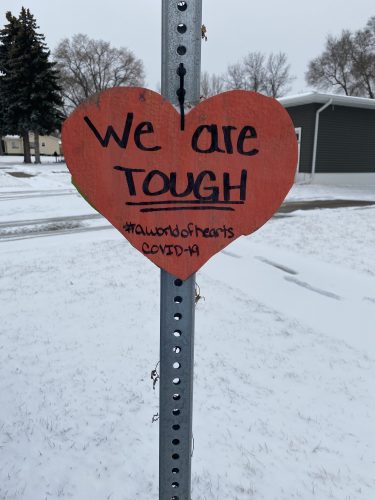 The Williston City Commission signed an emergency municipal declaration for the City of Williston on Thursday in ...