‘The Charm of Preparedness’ takes the stage 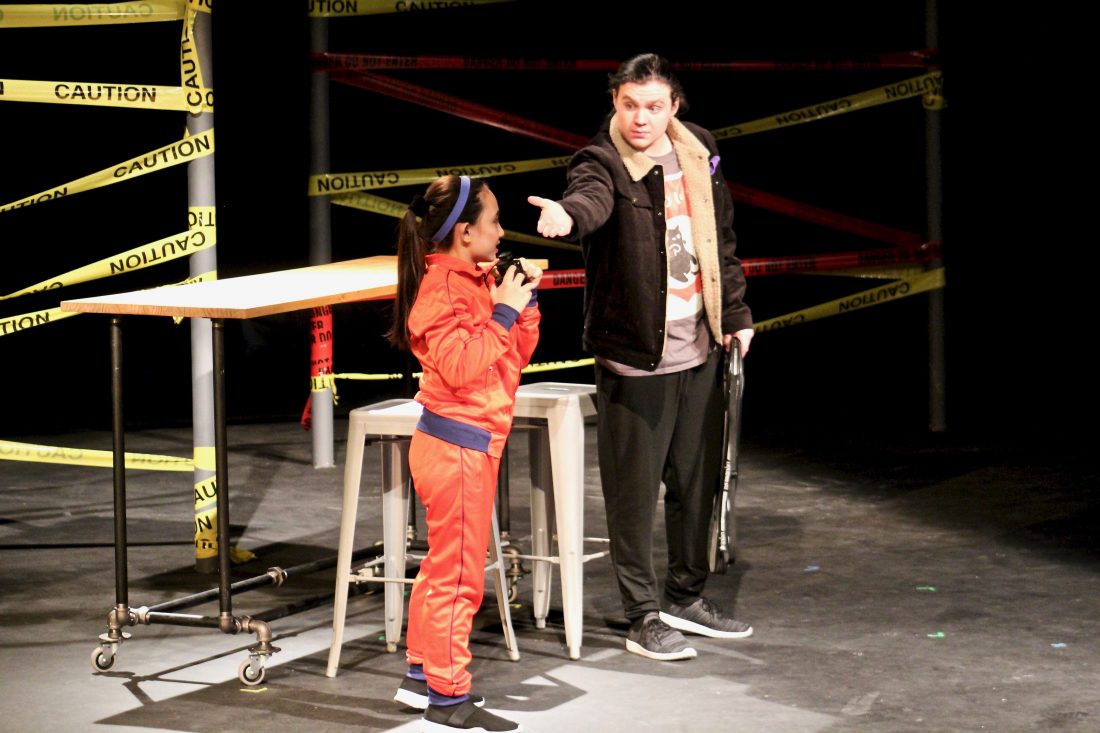 Would a preparedness drill actually prepare anyone for anything? In Jorge Ignacio Cortinas’ “The Charm of Preparedness,” a college is turned on its head when a pre-med student, Tariq, organizes a campus-wide preparedness drill. The drill could be a serious endeavor, or simply a ruse to catch the eye of Greta, a nursing student.

“‘The Charm of Preparedness’ is a wonderful theatrical piece that resonates with the young college age actors and student body,” explained Dr. Aili Davidson Smith, creative and executive director of Theatre Arts at MSU. “The play centers around young adults attempting to find love while also finding a place in this world.”

Each member of the cast was immediately drawn to their character and immediately clicked with the script. Smith said the first read through was filled with lots of laughter and major life questions at the same time.

The script is filled with cinematic scenes, some lasting only 45 seconds, that presents a fun challenge for the cast and crew. Due to the episodic nature of the play, the cast and crew have to work on creating smooth and quick scene changes.

“The cast and crew are working extremely well together to create a flowing performance,” Smith added. The entire performance is 90-minutes long without an intermission.

Smith described the play as a comedy that has dramatic undertones. Light, fun elements are balanced with questions that arise that will make the audience think.

“All of the actors are either freshman or sophomore students at MSU,” Smith said. “As a director, I enjoy seeing each actor grow and experience the character development throughout the rehearsal and performance process.”

“The Charm of Preparedness” opens tonight at MSU’s Aleshire Theater in Hartnett Hall at 7:30 p.m. It will also run Friday and Saturday at 7:30 p.m. and Sunday at 2 p.m. Tickets are $10 at the door. For questions or special accommodation seating, call 858-3172.