Learning to dance with the Daughters of Norway 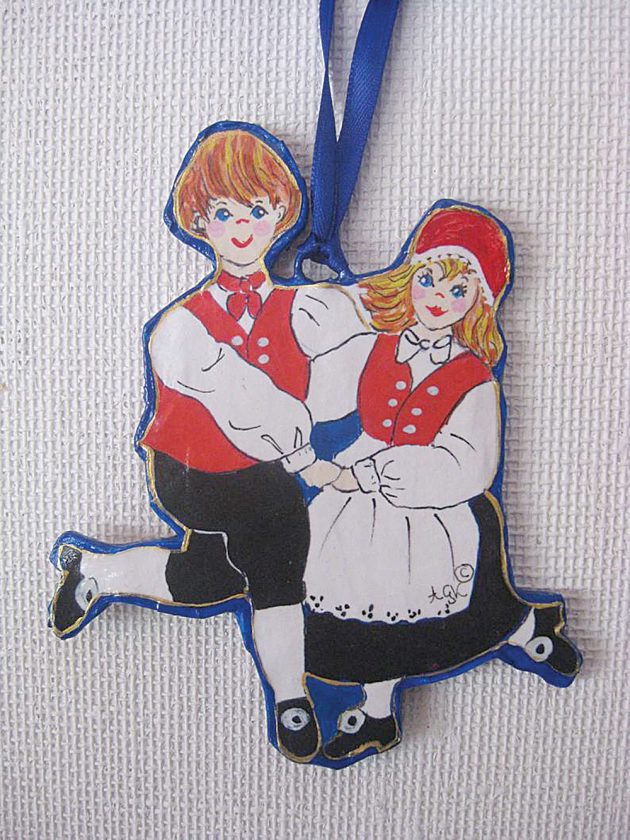 Submitted Photo Daughters of Norway will be teaching traditional Norwegian dancers on Sept. 24 at the Roosevelt Park Zoo Auditorium.

Norway is a country of rich folk music and dance traditions. When “folk music,” it is generally referring to traditional music from rural communities. This music has survived generation to generation although much of it has never been written down.

“Bygdedans” (or village dance) consists of the regional, traditional dances of Norway. Bygdedans are the oldest and most distinctive among Norwegian folk dances.

As a rule instrumental folk music is dance music (“slattar”). Norwegian folk dances are social dances and usually performed by couples, although there are a number of solo dances, such as the “halling.” Dance melodies may be broken down into two types: two-beat and three-beat dances. The former are called halling, “gangar” or “rull,” whereas the latter are “springar” or “springleik.”

The music accompanying bygdedans reflects the oldest musical traditions in the country. These traditions have mainly survived in the more isolated farming communities of Norway. In the urban areas and along the coastline where there was more exposure to trade and other cultural expressions, these older dances were left behind in favor of new popular dances such as the “gammeldans.” This dance became popular with the arrival of new instruments like the accordion.

The basic form of the bygdedans is the gangar (walking dance in 2/4 or 3/8 time) and the springar (running dance in an even rhythm or 3/4) they are distinguished from each other mainly by tempo and intensity of the music and the dance. Both dances were characterized by a sequence of three parts: the figuring part; the free dancing part (“lausdans”) and the closed hold part (“samdans”).

For instance in Telemark the pulse is best characterized as longer – long – short, whereas in Valdres it is short – longer – long. In the western part of Norway the gangar and its traditional tunes have been taken over by rull or “rudl,” a dance with a more modern waltzing style. The more athletic Halling or Lausdans can also be seen as an offshoot of gangar but is mostly danced by men.

The Daughters of Norway Mina Aasen Lodge #55 welcomes adults to participate and learn Norwegian dances on Tuesday Sept. 24 from 1:30 p.m. – 4 p.m. at the Roosevelt Park Zoo Auditorium. Attendees do not need experience, and there is no charge for this event. All are welcome.