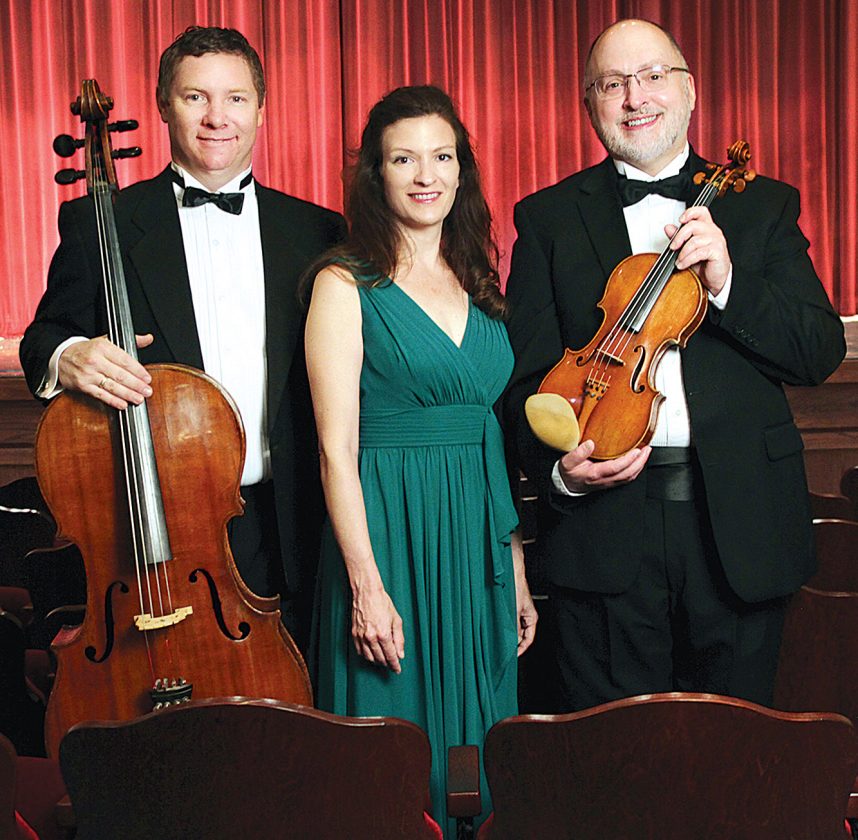 Submitted Photo Luminus consists of Jon Rumney on violin, Erik Anderson on cello and Dianna Anderson on piano. The trio will perform Beethoven’s “Triple Concerto” as the featured soloist for the finale concert.

Note: The date of the Minot Symphony Orchestra’s “The Mighty Five” concert was incorrect in the April 17 print edition of the Minot Daily News. The concert will be held Saturday, April 27.

The Minot Symphony Orchestra will present an evening of classics at their 93rd season finale, “The Mighty Five,” on Saturday, April 27. The concert will take place at MSU’s Ann Nicole Nelson Hall and will begin with an educational pre-concert talk at 6:30 p.m. followed by the concert at 7:30 p.m.

The performance will focus on two composers who belonged to the Russian “Mighty Five.” The group was led by composer Rimsky-Kosakov and sought a true Nationalistic Russian Voice.

“‘Capriccio Espagnol,’ based on Spanish folk melodies, is one of the most popular pieces by the Russian composers,'” explained Efrain Amaya. “Talking about popular pieces, Mussorgsky’s ‘Pictures at an Exhibition’ is without a doubt his most famous piano piece, it has seen many orchestrations from rock bands to the most performed orchestration by the French master orchestrator Maurice Ravel.”

The featured soloist performance will be the “Luminus Piano Trio.” Luminus consists of Jon Rumney on violin, Erik Anderson on cello and Dianna Anderson on piano. The group is deeply commited to chamber music education and has performed hundreds of outreach concerts for regional schools.

“I am thrilled to have three of my esteemed MSU colleagues as featured soloists for Beethoven’s unique ‘Triple Concerto’ for the season finale,” explained Amaya.

Principal clarinetist Charlie Young will provide a pre-concert talk which is perfect for newcomers, experienced listeners and anyone in between. The talk is free with the purchase of a concert ticket. Young will provide an engaging overview of the works being performed, talk about the story behind the music, the composer and historical context.

The symphony will partner with Arny’s 2.0 for a limited beer and wine beverage service for patrons age 21 and over following the pre-concert lecture as well as during intermission. Funds raised will be used to support future symphony programming.

Main floor tickets are $25 and balcony are $30 with senior and student discounts available. Tickets can be purchased online at www.minotsymphony.com or call 858-4228.