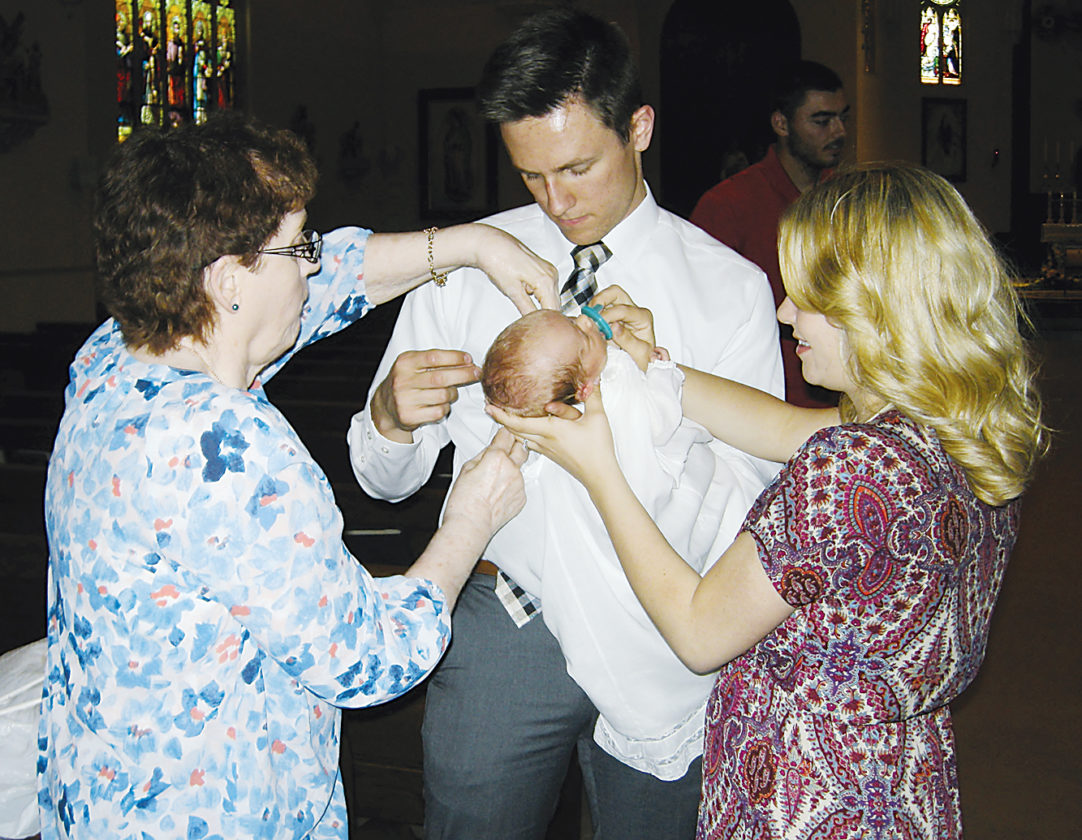 Two and a half week old baby Karol Steven Dinkel barely whimpered when the baptismal waters touched his tiny forehead on Sunday at St. Leo’s Catholic Church in Minot.

His beaming parents, godparents, grandparents and dozens of other family members and friends were there to witness his welcome into the Catholic Church.

It was a momentous occasion in more ways than one. The tiny baby wore a 120-year-old heirloom baptismal gown that was previously worn by his mother and many other family members.

His great-grandmother, Kathie Lach, is the keeper of the long white gown that was sewn by Karol’s great-great-great-great grandmother, Mary Janovolsky Washa, in 1897. Lach said she keeps the delicate garment in a garment bag and it has only been taken out for other family baptisms.

Lach said all of her six children, 18 grandchildren and three great-grandchildren have worn the heirloom gown.

Madelyn Dinkel said it is extremely special for her to be able carry on the family tradition. The Dinkels have honored tradition in multiple ways, naming their son after family members as well as after Saint Pope John Paul II, whose original name was Karol Wojtyla. Karol is the Polish form of Charles. The first name is also nod to the family’s Polish heritage and to the Polish Pope, who was recently canonized.

Karol’s baptism was also special for his parents because their friend, the newly ordained priest Father Jordan Dosch, was available to perform the baptism. 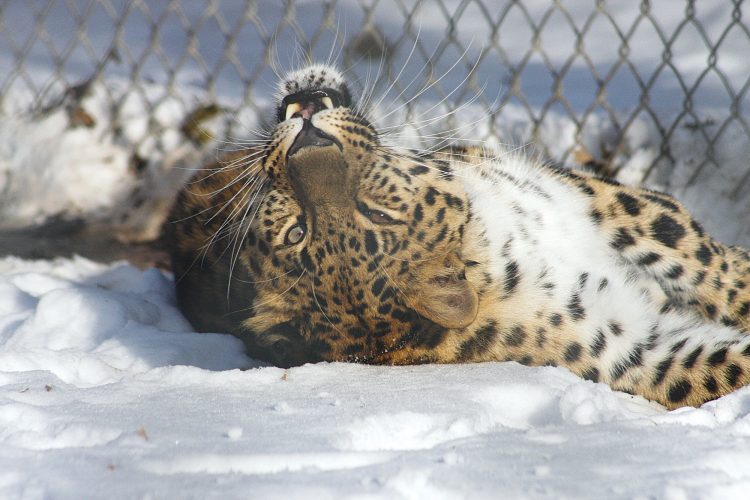 Shelby Jolee Lundy, 21, is accused of kicking a North Dakota Highway Patrol trooper in the head when he was trying ...

BISMARCK – The nomination process is now open for the North Dakota Native American Hall of Honor. Located in ... 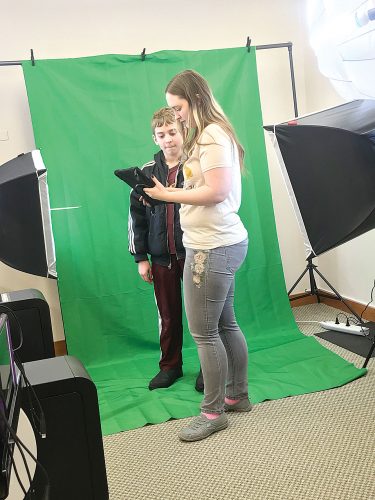 The Crop Opportunities 2020 meetings have been scheduled for Jan. 15-17 across north central and northwest North ...