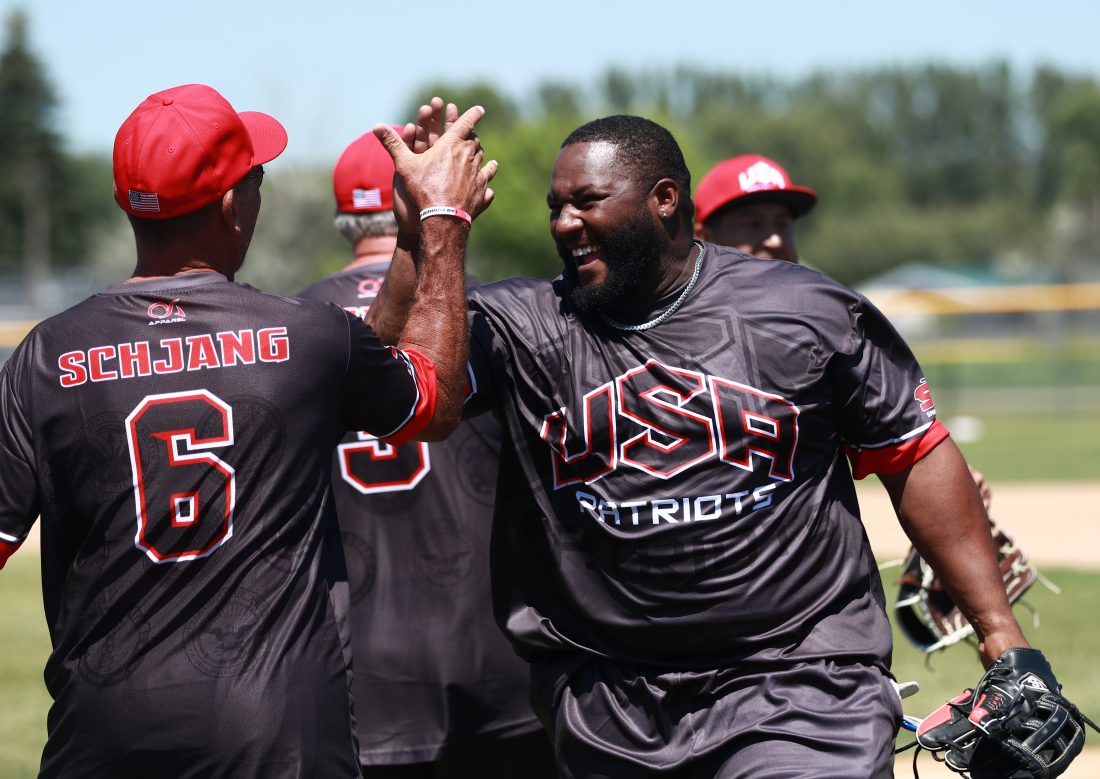 As the USA Patriots strolled into Minot’s Jack Hoeven Park, gleeful children took the field and learned a few tips from their elders.

The squad also competed against the Minot Shiner Bock team and Minot firefighters and police officers. Although the players have lost limbs through combat or other athletic injuries, the team seeks to inspire spectators through softball.

“When you serve, it’s not a job,” assistant coach Marieo Foster said. “It’s a commitment. The commitment is an oath. That oath doesn’t have a shelf life. It doesn’t expire. It’s something you live with.”

“Even if it’s a game, there are the values of working hard and playing hard,” he said. “That transitions into everybody’s life. If you come out and see us and this inspires you, we completed our mission.”

The teams found time to relax and enjoy a picture-perfect day at the ballpark, but the Patriots displayed their hunger for competition.

“We look to defeat any opponent that decides to be in the other dugout,” Foster said. “Guess what? It’s limitless. A lack of limbs doesn’t equal limits. We don’t look for any pity. We go out and we play as hard as we can. We expect to be victorious.”